For anyone familiar with the news in China, the frequency with which food safety concerns arise will come as no surprise. This widespread issue has many different causes: toothless government enforcement agencies, a lack of organization — and thus, manufacturing standards — among food producers, and the overall greed and rampant materialism that override the moral compunctions of food producers and regulators alike.

The Chinese people are not unaware of the risks they take every day by buying domestic goods. In fact, many Chinese are now taking matters into their own hands, and going to great lengths, to avoid consuming toxic foods and drugs.

1. Stay informed
The most prevalent method is simply to know what foods have been contaminated or have been proven to be toxic. One of the biggest resources for news on this issue is the website ZCCW (short for zhi chu chuang wai, Chinese for "throw out the window"). The site is run by Wu Heng, who'd had enough after hearing about restaurants that used toxic chemicals to make pork taste like beef. His site gained traction through Sina Weibo, and now many news sites regularly publish articles on how to recognize foods that might be substandard or suspect, and include methods of detection for problem foods and drugs. Even the Communist Party participates in the practice, designating sections of their People's Daily news site to warn readers of allegedly unsafe foods and consumer goods. 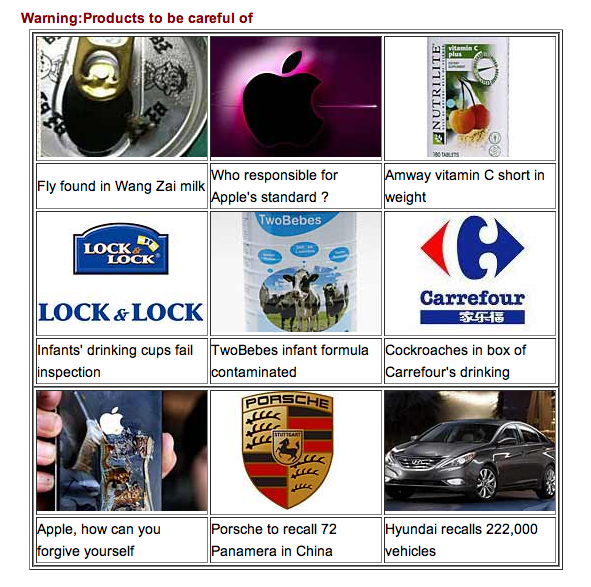 A chart of recent suspect goods, a regular feature in the footer of People's Daily articles. (People's Daily)

2. Bigger can be better
Many shoppers, if they're not up on the latest news about toxicity levels, shop at big conglomerate grocery stores, such as the French chain Carrefour, or Walmart. Given the fragmentation of China's agricultural market, the big chain stores offer a guarantee of quality control that local producers don't offer — and many Chinese already have a preference for foreign brands and products over domestic ones.

3. Buy anything but local
Sometimes just staying informed isn't enough. The Chinese have become so paranoid about their own dairy producers that many Chinese parents have stopped buying baby formula made in China altogether, after numerous scandals surrounding the quality of its milk products. Instead, they import baby formula from the West and from Australia. Often, those charged with exporting the formula will buy out the entire stock of formula available from a given store.

4. The DIY option
The most extreme measures are taken by individuals who produce their own replacements for goods that they know to be toxic. For example, when news broke out that the drug industry's gel capsules were contaminated, some Chinese people began to create their own do-it-yourself medicine wraps for their drugs. 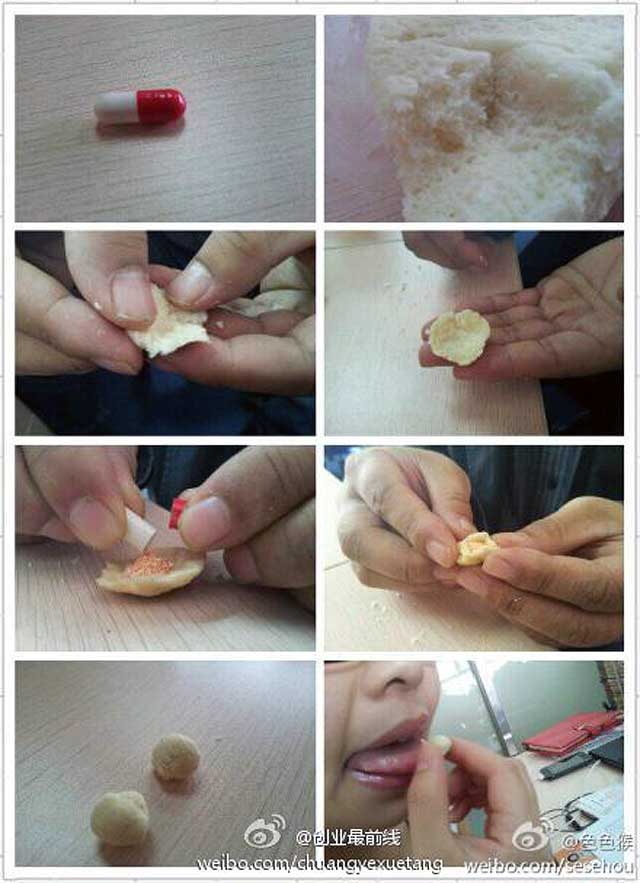 But perhaps the most drastic example is Wei Xingyu, a Changsha businessman who decided to raise his own goats, and feed his baby daughter with their milk, out of distrust of Chinese baby formula and milk products. 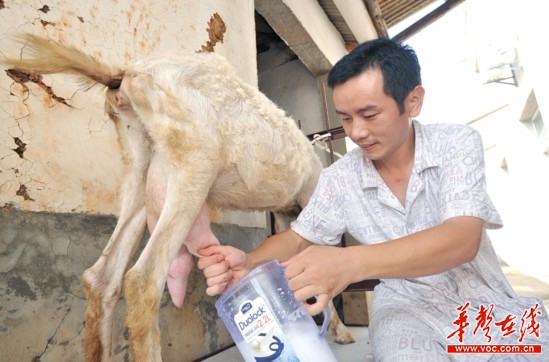 Wei Xingyu milks a goat he raised himself, out of distrust of Chinese milk products. (VOC.com.cn)