Monkey Business at the Commonwealth Games 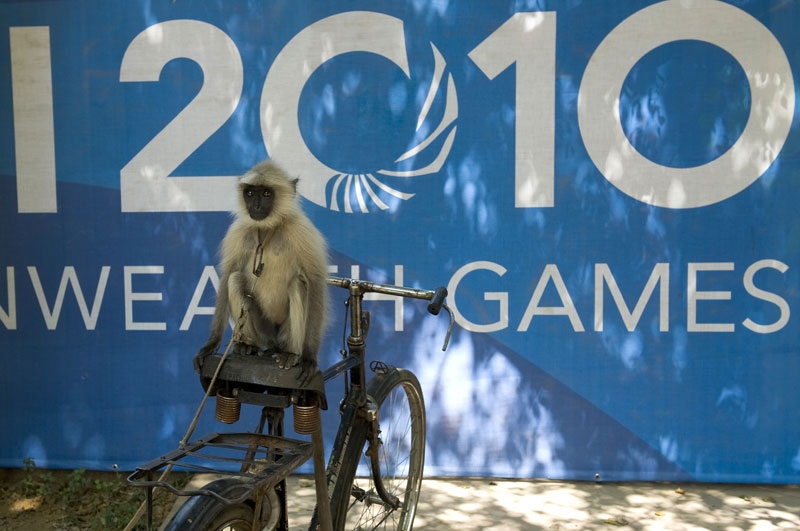 This year's Commonwealth Games have gotten off to a rocky start. From accusations of corruption and concerns about the preparedness of the city for the athletes' arrival, the Games have struggled to keep attention on sport. What else could go wrong? Well, now monkeys threaten to derail the event.

On any given day, thousands of small monkeys roam New Delhi wreaking havoc, but the organziers of the Games want the simians out. Last night, American TV personality, Stephen Colbert, took a swipe at the organizers' unique approach to the monkey problem: a security detail of larger langur monkeys has been stationed around the stadiums to scare away the smaller monkeys.

But what scares langur monkeys?