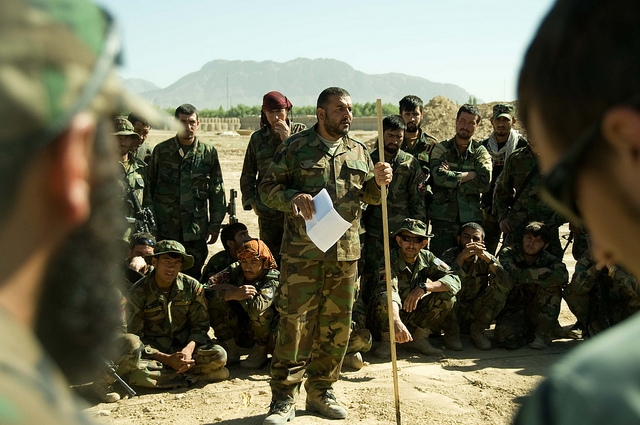 As President Barack Obama prepares to outline his plans for beginning a US troop withdrawal in Afghanistan (which some say will result in the departure of 30,000 "surge" troops by the end of 2012), Michael O'Hanlon, Senior Fellow and Director of Research in Foreign Policy Studies at the Brookings Institution, suggests a hasty drawdown could prove destabilizing for the region.

"We should focus on building up a strong enough Afghan state, starting with the army and police, so that it can control most of its own territory," said O'Hanlon, co-author of Toughing it Out in Afghanistan, who will appear at the Asia Society in New York on Thursday. "That will take another three years or so of substantial U.S./NATO effort, though we can begin significant downsizing by late next year."

Some officials have been vocal about how many and at what rate the 100,000 U.S. troops should be brought home. Senator John McCain, R-Ariz., who earlier this month called for an initial withdrawal as low as 3,000, said today that any reduction should be "modest," adding that with "one more fighting season, we can get this thing pretty well wrapped up." Meanwhile, others, such as Representative Barbara Lee, D-California, advocate a quick withdrawal of as many as 50,000 troops.

"I'm with McCain," O'Hanlon told the Asia Society. "Deeper cuts this year will interfere with the development of the Afghan army and preclude a greater focus on the Middle East, where we've lacked adequate forces to date."

Also in Afghanistan, a U.S. attempt to fold Taliban forces into the new government has seen mixed results.

"It's unlikely at the level of Taliban central, but worth pursuing to see if mid-level and local leaders might reasses," O'Hanlon said of reconciliation efforts with the Taliban.

Join O'Hanlon, Toughing it Out in Afghanistan co-author Hassina Sherjan, President of Aid Afghanistan for Education, and via Skype Ali A. Jalali, former Interior Minister of Afghanistan for a discussion about what's next in Afghanistan on Thursday, June 23, from 6:30-8 p.m. at the Asia Society in New York. The event will be moderated by Michael W. Hanna of The Century Foundation.

Can't make it to this program? Tune in to the free video webcast at asiasociety.org/live from 6:30 p.m. Online viewers are encouraged to send questions to moderator@asiasociety.org.