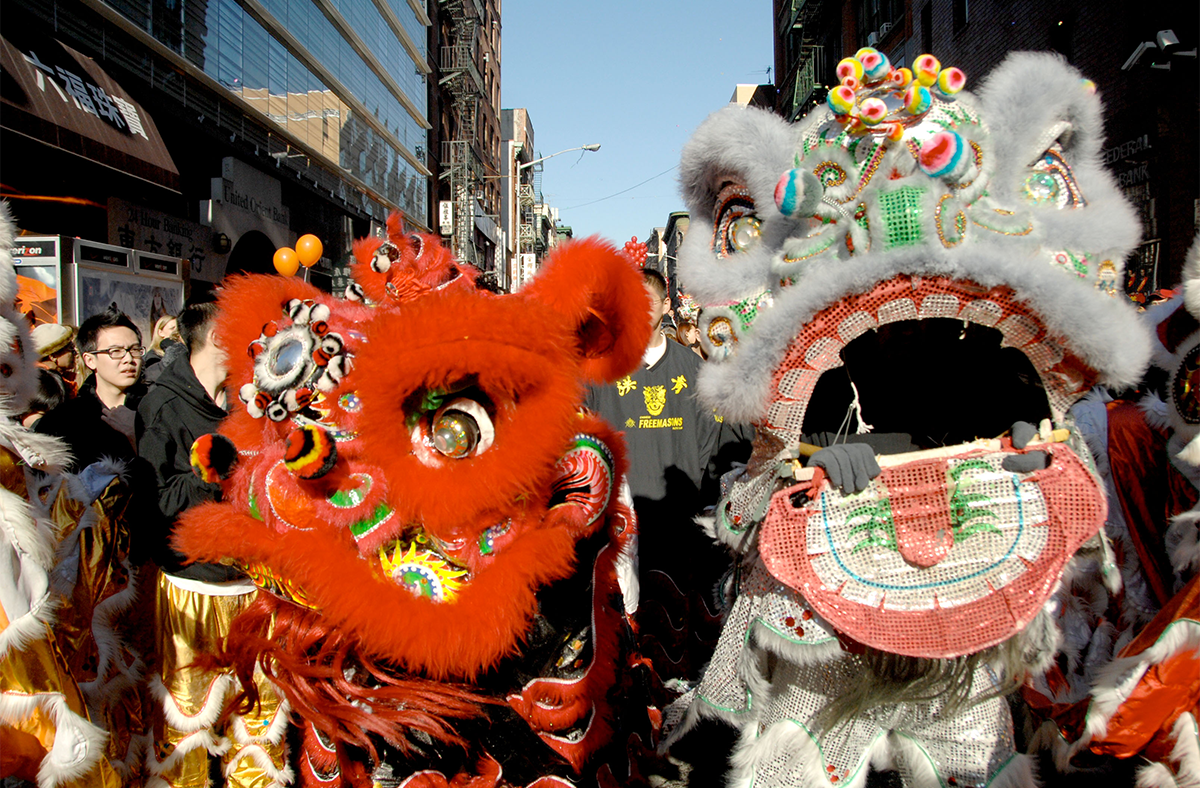 A core cultural moment for many Chinese celebrations will always be the iconic and energetic lion dance parade. For Sara Lai, a Chinese-American New Yorker, the lion dancing is much more than just entertainment — the practice is a deeply meaningful tradition that is steeped in history. Lai has been working tirelessly for years toward becoming a member of the New York Chinese Freemasons, Chinatown’s prestigious lion dancing crew — which also happens to be made up of mostly men. After a long and grueling five-year trial period, Lai was recently inducted as a permanent member.

The recent short film Lions of Chinatown shows the artistry and athleticism behind training to become a New York Chinese Freemason, and particularly why the group is important to the local New York Chinatown community. In an interview with Asia Blog, Lai discusses why she continues to learn about and embrace Chinese tradition while some other Chinese-American millennials may be pulling away. Some responses have been edited for clarity.

How did you first become familiar with the lion dancing tradition? What drew you to the practice?

This was an environment that I grew up in. I lived in Chinatown for the majority of my childhood, and my older sister had begun her trial in 2001, when I was just three. As a result, I familiarized myself with the group, the people, the parades, and so on. Beginning my trial felt like a natural part of the process.

Describe your years-long journey to become an official member of New York Chinese Freemasons. What did it finally feel like to be accepted?

The New York Chinese Freemasons trial period was a grueling process. It was designed to be so because lion dancing is a practice cemented in martial arts and discipline, requires strength, devotion, and character. We looked up to older members as though they were our older brothers. As elders often do, they taught us many things that strengthened us physically and mentally. Hundreds of Friday nights were given up for the sake of practicing, and hundreds of push-ups were done each practice for the sake of training. My life would have been easier if I had given up, but Freemasons taught me that the easy path wasn’t worth walking.

When I was accepted, I felt like I could overcome any pain. I knew it was something special, like a chapter had finally closed on my life, even though it led to the beginning of a new one. Many people start things but hardly do they finish them. I had a sense of accomplishment, and I felt lucky that I could experience this in my lifetime. 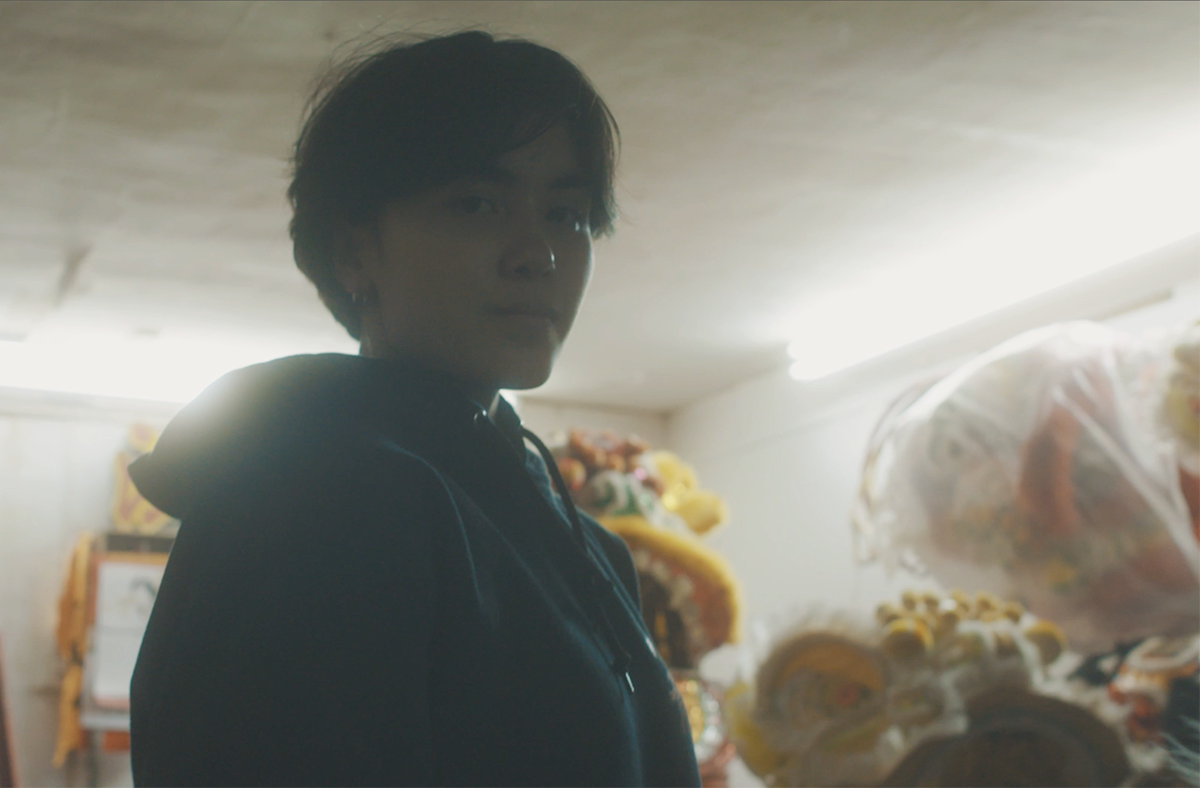 Like lion dancing, there are also other Chinese cultural traditions that younger Chinese or Chinese Americans don’t seem to want to learn to carry on. Why was it important to you to carry this tradition on?

It is an unfortunate reality that there is a portion of Chinese Americans that do not participate in their own culture. From personal experience and understanding, I find that many of these people don't see the need to because they do not communicate with their parents or grandparents about their own culture. There is also more incentive for them to learn about Western culture so that they can fit in.

As a result, things like lion dancing, martial arts, poetry, calligraphy art, Chinese opera, Confucianism, or even the bare bones of our culture, like food, aren’t passed down from generation to generation. This isn’t just the fault of the child. Usually, parents and grandparents come from the time of the Cultural Revolution, a period when many classical Chinese arts suffered. For children, they come from a place where their friends, and even their environment, have no interest or understanding of Chinese culture — the opportunity to learn wanes.

This wasn’t the case in my home. My mother, immigrated from Hong Kong to the U.S. when she was 18 and had plenty to pass down to me. My sister was active in learning about our culture and encouraged my growth and continuous study. When I studied Daoism, my mother pressed me to learn Confucius' and Mencius’ work as well. When I practiced lion dance routines in my free time, my sister spent hours by my side, sharpening my form and skill. With my family, I had lengthy conversations about iconic characters, philosophies, and the intricate meanings behind words and idioms.

This initial curiosity was only further encouraged by lion dancing. I learned from many great instructors, but one of the greatest (and perhaps, most traditional) routines was under my current teacher, Billy. It should be noted that we have southern style lion heads, and one particular note of the southern style is that their lion heads may also relate to famous generals and heroes. They are color coded for easy distinction, and they must be played in accordance with each one’s character.

My teacher decided that we would do a 15-minute long performance for a banquet. I was assigned Zhang Fei. He was a famous general who fought alongside Guan Yu, the god of war, and a warrior at the pinnacle of strength. This was huge for me, as women were hardly given such a role in significant shows. I took this assignment very seriously. Throughout my year of training, I read the novel which led to his deification, Romance of the Three Kingdoms, in order to discern the qualities of his character. I read it over many times, and the book must have opened up the avenue of one hundred more discussions with my family. It has since become one of my favorite books, if not my favorite, because of the complexities of the plot, characters, and philosophical debates.

I chose to bear my traditions with pride, because I see the good they have done for me, and more importantly, I see the great lengths my elders have gone to maintain them and pass them down.

I don’t mention this just as an example. This is at the core of engaging with what you inherited: I didn’t just need to learn who Zhang Fei was, I had to learn how to act like him. To act like him, I needed to know what he believed in, but to understand that, I needed to know what the Han Chinese people cared about. Only then could I fully represent him in a show. Lion dancing may only seem like one aspect of a culture, but hardly ever is a culture cleanly separated. One aspect is like a mirror leading to the core, and if you look hard enough, you can see the fruit of the entire civilization.

When I reached the point of understanding this, I had an irreplaceable love for what I had learned. And so, I decided I would preserve this knowledge as a sign of respect. I chose to bear my traditions with pride, because I see the good they have done for me, and more importantly, I see the great lengths my elders have gone to maintain them and pass them down. I would hope that one day, I will not be the only one holding true to these values, but my children and grandchildren will be, too.

You don’t seem to shy away from challenges. What’s next for you? What other goals do you hope to accomplish?

I have become a member, yes, but I will always be a student. I would like to further my abilities as a martial artist. Perhaps one day, I will become a teacher, searching for open minded and enthusiastic pupils. I look forward to it.