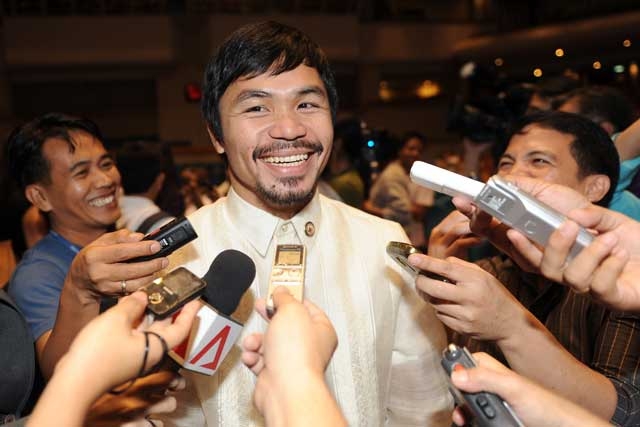 In his first speech as a lawmaker in lower Congress, boxing hero Manny Pacquiao voiced two desires for the Philippines. First, he wants to improve the quality of life in the poor southern province of Sarangani. Second, he wants the country to win their first gold medal in the Olympics. As both a Philippine congressman and a seven-weight world champion, Pacquiao is in a unique position to push for both these goals.

Although 31-year-old Pacquiao is the fifth highest-earning athlete this year according to Sports Illustrated, he says that he hasn't forgotten the hardships of growing up poor in Sarangani.

"40 percent of the people of Sarangani have no adequate housing, no adequate food and no proper nutrition. For those 40 percent, it's not just a statistic. It's their daily experience of life," Pacquiao said in his speech.

It doesn't look as if Pacquiao will let his career in politics impede on his success as a boxer. It is expected that he will take time off in November to go up against either Mexican Antonio Margarito or Puerto Rican Miguel Cotto.