Listen: Assistant Secretary of State on the U.S. Strategic Rebalance Toward Asia 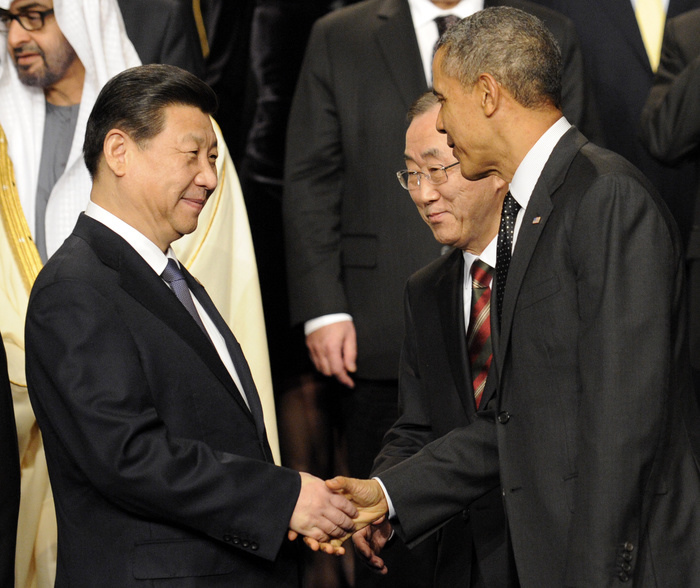 On April 8, U.S. Deputy Secretary of State William J. Burns will speak as part of the Asia Society Policy Institute’s formal launch event in New York. To view a live webcast of Amb. Burns’s remarks, go to www.asiasociety.org/live at 1:10 p.m. ET on April 8.

For the Asia Society Policy Institute’s (ASPI) AsiaConnect briefing on April 1, 2014, Daniel R. Russel, Assistant Secretary of State for East Asian and Pacific Affairs, spoke about the Obama Administration’s efforts to “rebalance” American foreign policy towards the Asia-Pacific region, including President Obama’s recent meetings with Chinese President Xi Jinping, Japanese Prime Minister Shinzo Abe, and Korean President Park Geun-hye on the margins of the Nuclear Security Summit and a landmark presidential visit to Asia scheduled for late April. This blog post presents a condensed and edited version of his remarks, along with an audio recording of the conversation.

How is the administration’s “rebalance to Asia” progressing?

We’re framing and advancing an economic agenda, environmental cooperation, and partnerships to support civil society and democratic developments. U.S. policymakers and diplomats have been spending a lot of time on Asia-Pacific matters. The U.S. Secretaries of State, Defense, and Commerce have traveled frequently to the region, as have senior State Department officials. I think the dedication of time in 2014 to the region reflects the fact that this is an active, whole-of-government effort, culminating in November with the annual APEC meeting, the East Asia summit, and the G20 summit in Australia.

What’s on the agenda for the President’s trip to Asia later this month?

The President is scheduled to visit our allies Japan, the Republic of Korea, and the Philippines, as well as our good partner Malaysia. The President’s meeting in The Hague with President Park of the Republic of Korea and Prime Minister Abe of Japan gave us a chance to show our close trilateral coordination on regional security concerns, particularly concerns relating to North Korea’s nuclear program. The grimmest corner of Asia right now is North Korea, and we are working closely with our partners to address North Korea’s nuclear and ballistic missile programs.

How are the U.S. and other countries responding to North Korea’s nuclear activities?

China’s top leaders have been unequivocal about their commitment to denuclearization. I take them at their word. Although they’ve taken steps to signal the strength of their commitment, they can do more. They have a strong bias in favor of coaxing tactics that haven’t yielded results and don’t seem likely to work. We think they can still do more to push North Korea to choose the right path.

What other concerns is the U.S. facing in Asia?

We see an unsettling pattern of coercion and threatening behavior by China over maritime disputes in the South China Sea. We believe those are the wrong ways to assert a territorial claim and raise serious questions about China’s preferred style of dispute resolution. The U.S. is not a claimant and doesn’t take a position on competing sovereignty claims. But we maintain a strong conviction that disputes must be addressed through peaceful, diplomatic means.

In Burma, we are deeply committed to reinforcing their progress on democratic and economic reforms—but we are also concerned about the security and human rights situation in Rakhine State.

What are the main U.S. policy objectives in the rebalance toward Asia-Pacific?

On the economic front, we recognize that Asia is critically important to our prosperity at home, and to global growth, so economic engagements are central to the rebalance. We’re putting enormous effort into the Trans-Pacific Partnership negotiations. A successful TPP deal will support economic growth and create jobs for all 12 countries. There is a strong commitment among all 12 countries to create a comprehensive, high-standard agreement. Bilaterally, the U.S. and Japan, both major economies, still have a lot to work through to get to the TPP finish line, but both are determined to make progress.

What are other areas of importance?

Secretary Kerry has put tremendous emphasis on environmental cooperation as a cornerstone of the rebalance. We’re working on regional approaches to cross-cutting, cross-boundary issues like water management and pandemics. We’re also working on climate change with partners like China, with whom we have a bilateral working group, and Japan, with whom we have a clean energy dialogue.

We are working to modernize our alliances with the Republic of Korea, Japan, Australia and the Philippines to deepen and strengthen our relationships. We seek 21st century alliances that are able to manage the 21st century problems we face together and have made good progress on those fronts.

Listen to the AsiaConnect call with Daniel R. Russel using the audio player below.