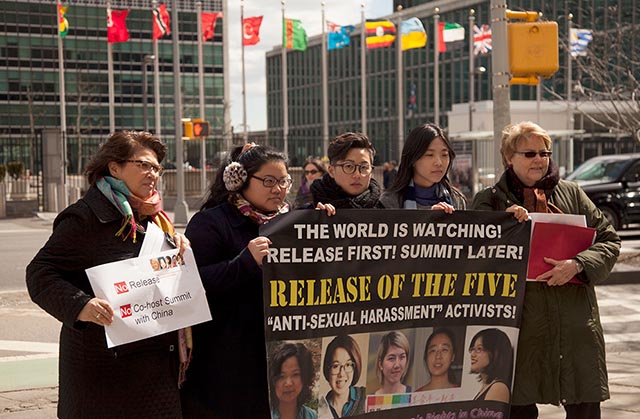 On March 6 and 7, Chinese authorities in three cities made coordinated arrests of 10 feminist activists who were planning to distribute stickers on public transportation condemning sexual harassment. Two weeks later, five of the women remain under criminal detention and are facing charges of “picking quarrels and causing a public disturbance,” which can carry a lengthy prison sentence.

One of the women who remains under detention, Li Tingting, is subject of a chapter in Asia Society Content Producer Eric Fish’s forthcoming book China’s Millennials: The Want Generation. On March 19, Fish went on National Public Radio (NPR) to discuss what the arrests suggest about China’s political climate. “I think that this is a trend that we're seeing a lot in general right now, and not just with feminism,” Fish said. “Since Xi Jinping has come to power, we've really seen that anybody who pushes any kind of agenda publicly, and especially if they take to the streets and organize people, this is just something that they're not tolerating.”

In the broadcast below, Fish discusses Li’s background and what could happen next to her and the others who remain under detention.