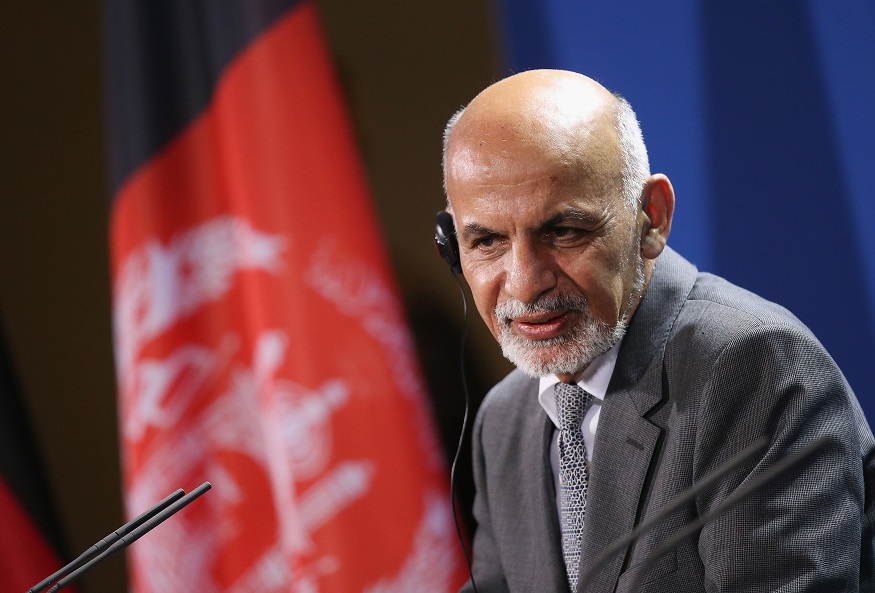 For the Asia Society Policy Institute’s AsiaConnect briefing on December 17, 2014, Ahmad Nader Nadery, Asia Society Asia 21 Young Leader and Director of the Afghanistan Research and Evaluation Unit, a leading think tank in Afghanistan, spoke about the political and security situation in Afghanistan as well as key issues and priorities for the country in 2015. This blog post presents a condensed and edited version of his remarks, along with an audio recording of the briefing.

How do you assess the political developments of 2014?

On the political front, this has been a most challenging year for Afghanistan. The elections showed two sides of the political landscape. On one hand, the elections highlighted institutional weaknesses. Investment in state building has been minimal, and public institutions were not able to meet the needs of the people. The first round of the election was effective, but the second round was not. Because of the ineffectiveness of the election commission, both sides were found to have committed fraud during the elections. On the other hand, there are positive signs of growing political maturity. The two main leaders exhibited a high degree of maturity with their willingness to go forward with a power sharing agreement.

Unfortunately, this agreement gave birth to a very difficult institutional setup. The election winner Ashraf Ghani became President and Abdullah Abdullah became Chief Executive Officer. This arrangement will make the governance of Afghanistan challenging, especially if the team members cannot form a government. They are working together well and showing respect for one another. But concerns remain about whether they can form a cabinet. After two-and-a-half months, the cabinet still has not been formed. Ghani and Abdullah have agreed to organize a merit-based cabinet free of old figures accused of corruption, which is a daunting task.

Finally, political participation by the people has been extensive. This is an indicator that Afghans have embraced democracy, even if they have to defy the Taliban. Despite the fraud in previous governments, people see that democracy is the right course to take.

What have been the implications for the economy?

All indicators show the economy suffered more than the political process. Afghanistan had been enjoying high growth rates ranging from 3 to 11 percent, but growth has now fallen to zero—an 11 percentage point decrease. This is a major source of concern for everyone. Jobs have been lost and much investment has been halted because of uncertainty about the future political setup and the future role of international security forces. Moreover, an economy that was largely dependent on foreign aid has seen major drops in assistance, including from USAID. The withdrawal of the military has also hurt the economy.

Overall, the economy is a very bad shape. A large budget deficit has emerged, and the new government is concerned that this kind of deficit will continue until next year. President Ghani has focused on improving budget management and is trying to address corruption, the loss of revenues, and inefficient use of resources. His work has given donors some confidence. And both leaders have shown they want to pull out of this mess. There is hope that investment will resume, but no one expects this to happen before March of next year.

Is the security situation likely to improve?

The Taliban had said the election would fail and the government would collapse, and they believed they would be able to take over. But the election did not fail, and the constitutional order has been maintained. These conditions, together with new threats in the region (such as Iraq, Syria, and Pakistan), have renewed the interest of international partners in engagement.

The Taliban has mounted more attacks in the last few months, and this trend could continue. The attack on the school in Peshawar, Pakistan is an illustration of what is happening almost every day in Afghanistan. It is time for the U.S., the UK, and other international partners to put more pressure on Pakistan to eliminate their implicit support for the Taliban. The evidence is now clear that the Taliban is hurting Pakistan along with everyone else. The Taliban attack in Pakistan will hopefully be a wake-up call.

Amid these challenges, why do you think public support for democracy and elections has remained strong?

What is the level of confidence in the Afghan national security forces?

Confidence is increasing. In the past two years, the national army and police have made major efforts to protect civilians. The army have become heroes in the public’s perception and won much public support. The police have support because corruption in the police force is still a major concern. People understand the national security forces are all they have, especially with the withdrawal of foreign forces. But if abuses in the villages continue, the image of the police will suffer further.

Listen to the AsiaConnect briefing with Ahmad Nader Nadery using the audio player below.

Dewi Astuti is an intern with the Asia Society Policy Institute based in Washington, D.C.
@deaindc