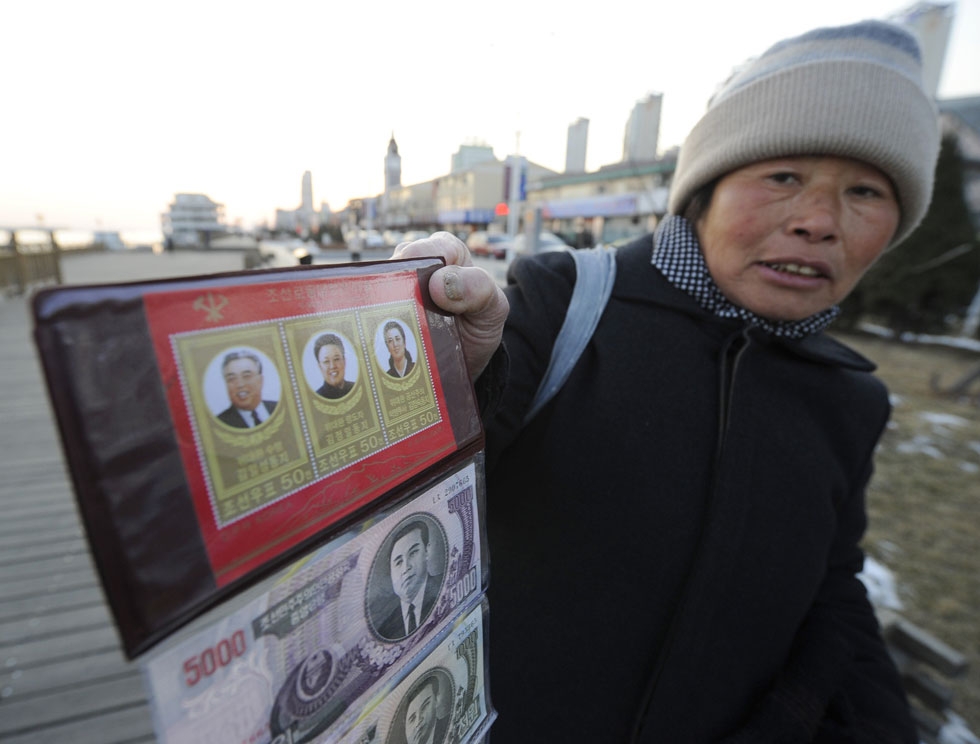 On the surface, North Korea is calmly coping with the sudden death of its Dear Leader Kim Jong Il. His youngest son and heir, Kim Jong Un, seems to be in charge, smoothly preparing a state funeral for the 28th. Pyongyang media already call him “The Great Successor.”

Yet behind the seemingly orderly scene in Pyongyang is a possible family feud that can lead to a great turmoil in the world’s last remaining Stalinist nation with nuclear weapons. The late Kim’s third son, believed to be in his late 20s, will probably take over the helm as planned, as his father did upon Kim Il Sung’s death 17 year ago.

But things are so different now. Unlike his father who had prepared for his job for nearly 30 years, Kim Jong Un has been groomed for less than three years. The new ruler has practically no experience and North Koreans have yet to build loyalty for him. He has to depend on older family members to solidify his power base, but nasty palace politics and back stabbing, not uncommon in Korea’s old dynastic kingdoms, could destroy his ambition.

Kim Jong Un’s problem can start from his uncle Chang Seong Taek who is married to his father’s sister. Chang, now a vice chairman of the powerful National Defense Commission, has long held key positions in Pyongyang’s leadership together with his wife. Because of his seniority and long experience in state affairs, Chang is expected to be the new leader’s caretaking guardian for the time being. But it is not clear whether he will settle for the job and help his nephew all the time.

He had been once expelled from politics by his brother-in-law for “factional behaviors.” Chang originally supported Kim Jong Il’s first son, Kim Jong Nam, as the heir but shifted his allegiance to the third son after Jong Nam fell out of favor with his father for trying to enter Japan on a fake passport in 2001 to visit Tokyo’s Disneyland. According to Daily NK, a Pyongyang-watching online news site in Seoul, Chang has recently been spreading rumors questioning the new heir’s governing capabilities.

Then there is the late leader’s widow, Kim Ok. As stepmother of the new leader, she reportedly has her own son, which might make her politically ambitious. She has in fact been actively involved in state affairs since the late Kim had a stroke in 2008. Kim Jong Il had four wives during his 69-year life. His first wife had the first son and third wife two more sons, including the official successor and his elder brother who was denied the throne for being too effeminate. As the only surviving wife of the late Dear Leader, Kim Ok might want to build her own political clout for her son. Citing Chinese sources, Park Sun Young, a national legislator, recently told the Seoul media that the widow is at odds with the heir.

Some believe the new ruler’s mother can also stand in the way of his ascent to power. His mother was a Korean who originally lived in Japan but came to North Korea and worked as a state-theater dancer before she was picked up by the late Kim. The mother died of cancer in 2004 but her background as a former Korean Japanese is a liability in a country where Japan is still regarded as a serious war criminal.

But most importantly, the heir had no time to prepare for power succession. While groomed by North Korea’s founder Kim Il Sung for nearly 30 years, his father had plenty of time to do so. He eliminated many of his family rivals, called “side branches,” during that time. His stepbrother was sent to East European embassy posts for decades and his uncle was expelled to a provincial town.

Perhaps he was too aware of the history of Korea’s old dynasties where power succession often invited nasty and even bloody infighting among royal family members. But the junior Kim is about to be crowned with so many potential rivals still around. It can be a destabilizing force for not just North Korea’s leadership, but also security of entire Northeast Asia now that the North is a formidable nuclear state.