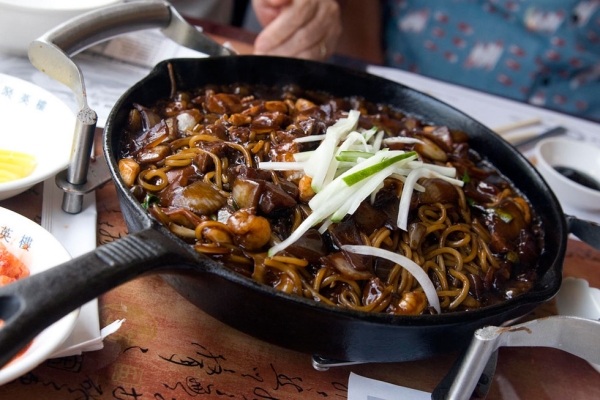 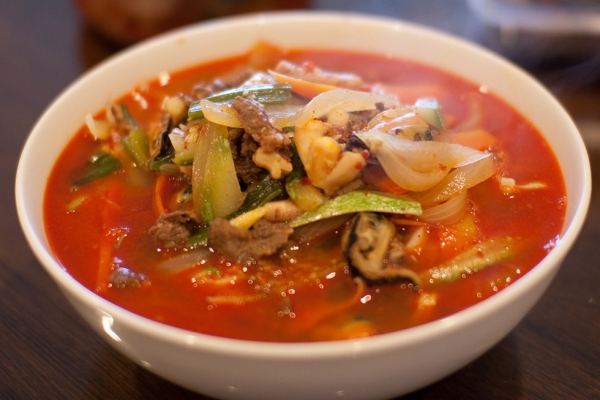 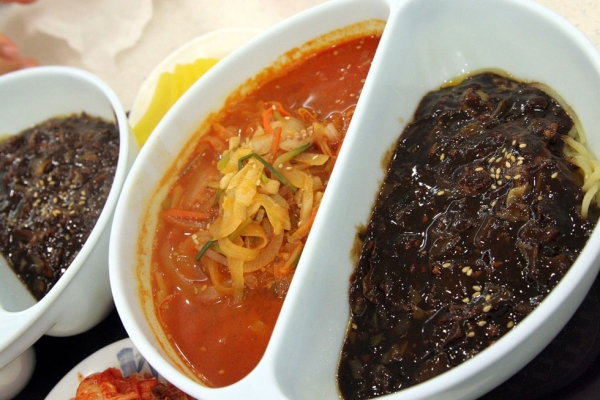 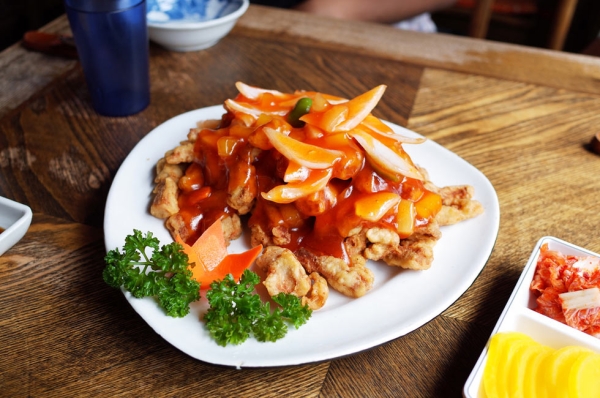 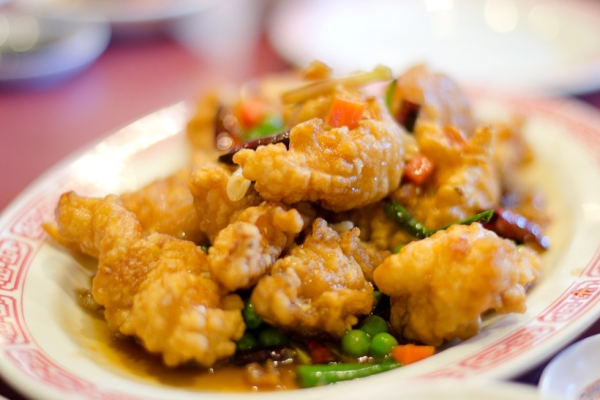 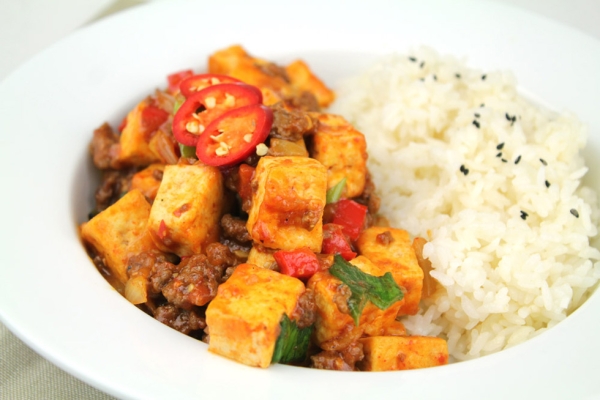 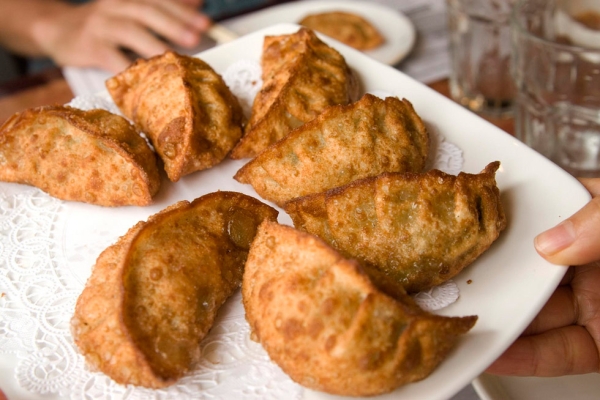 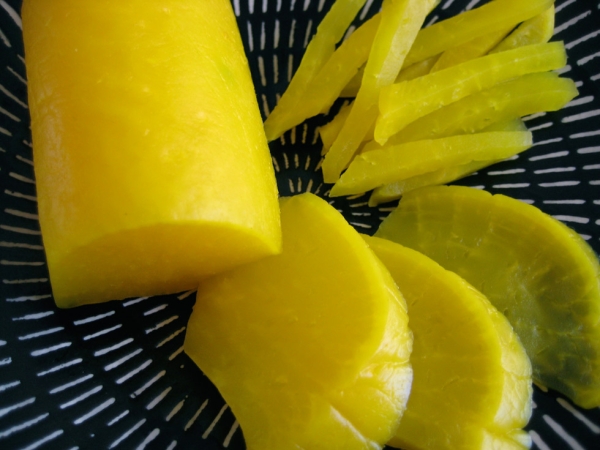 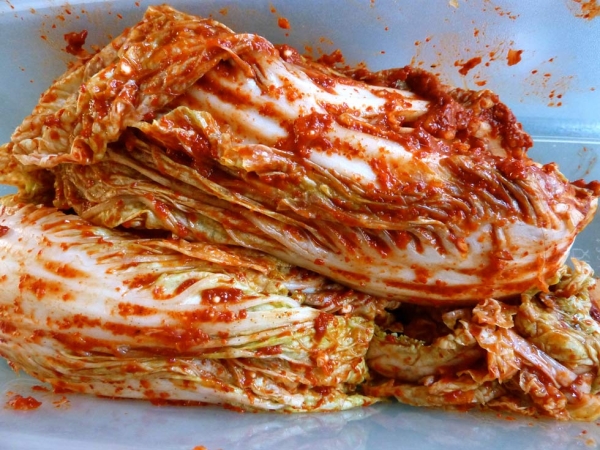 It's well known that overseas "Chinese food" tends to straddle the fake-versus-fusion boundary. Peruvians have "airport" (a dish that mixes chow mein and fried rice), Indians have Manchurian chicken, Jamaicans have jerk chow mein, and Americans have the beloved fortune cookie, crab rangoon, and sesame chicken. What about Koreans?

If you think Korean cuisine is all about kimchi, tofu soup and Korean BBQ, you're missing the big picture. Korea and China share a rich history that goes back several centuries, so it's highly conceivable that there would be an exchange of culinary traditions over that span. According to historical accounts, the birth of modern Korean Chinese cuisine can most likely be traced back to the settlement of ethnic Chinese people in the west coast port city of Incheon in the latter half of the 19th century. Korean Chinese cuisine is highly influenced by Northeast Chinese culinary traditions, including those of Beijing and Shandong Province — both less than 600 miles from Seoul and Incheon.

While Korean Chinese food retains many elements from Northeast Chinese cuisine, it is still essentially Korean due to its localized flavors and concentration of restaurants in Korea and overseas Korean communities. Hence, the cuisine can accurately be described as Korean-style Chinese food and by no means masquerades as being entirely authentic. Outside of the Korean peninsula, Korean Chinese restaurants have popped up in major ethnic Korean communities in cities like New York, Los Angeles, and even parts of Beijing and Shanghai. Just like in the United States, Chinese food is well-regarded as an affordable, quick, and convenient eating option across South Korea. It's not at all uncommon to see Chinese delivery motorbikes with big, heated metallic boxes zipping across the street in any Korean town.

Below are some of the most well-known main and side dishes that comprise Korean Chinese food. Korean is a very tricky language to romanize, so the romanizations that appear below may not be the same you see on the restaurant menu. You may also refer to the Korean (left) and traditional Chinese (right) scripts.

It's the ubiquitous black bean sauce noodle plate that graces every table in your local Korean Chinese restaurant. Jjajangmyeon's sauce typically includes seafood, diced pork pieces, and sliced vegetables like zucchini or cucumber. Jjajangmyeon's signature thick noodles are made from white wheat flour. Jjajangmyeon, which literally means "fried sauce noodles," is a "Koreanized" version of the Chinese dish zhajiangmian. "Jjajangbap" is a popular variation of this dish that swaps out noodles with rice.

If you love spicy broth, seafood, and thick, chewy noodles, you'll probably love jjamgppong. Jjamppong, along with jjajangmyeon, are the two kings of Korean Chinese cuisine. Jjamppong is not to be confused with champon, a similar non-spicy Japanese noodle dish originating in Nagasaki.

Tangsuyuk is essentially a Koreanized version of sweet and sour chicken with an array of mixed veggies and fruits such as carrots, cucumbers, onions, tree ears, apples and pineapples. Beef and pork are also popular substitutes for chicken, which is more commonly used in the American counterpart. Tangsuyuk's crispy outer layer and sweet jelly sauce coating are two unique characteristics to the dish.

Those who love spicy garlic dishes must try kkanpunggi. Assorted veggies, including peas, peppers, onions, and dried red peppers add an array of colors to this beautiful dish. The deep-fried pork may be substituted with chicken, beef, or tofu. This savory dish is akin to General Tso's Chicken, but with added kick and personality.

Mapa dubu is derived from mapo doufu, the irresistibly spicy Sichuanese tofu delicacy. Ingredients of this dish include: hard tofu, minced beef, red peppers, and green onions. Mapa dubu is known as mabodofu in Japanese Chinese cuisine. Mapa dubu is typically served with rice on the side to balance the spicy flavors.

Mandu is Korean-style dumplings, similar to jiaozi and gyoza in China and Japan, respectively. Mandu is a cognate of mantou, which in Chinese culture refers to steamed buns. Mandu can be fried, steamed, or boiled and is typically served with soy sauce.

Danmuji may actually be closer to Japanese cuisine than to Chinese cuisine. Danmuji, pickled daikon radish, is an essential side dish in any Korean Chinese meal set. Unlike the typical Korean restaurant, Korean Chinese restaurants keeps side dishes to no more than four small plates: danmuji, kimchi, raw onions, and black bean dipping sauce.

Korean Chinese food affirms that no Korean meal is complete without kimchi. If anything, the standardization of kimchi as a side dish in Korean Chinese restaurants shows that the cuisine primarily caters to Korean clientele.

Watch: A South Korean foodie pays a visit to "the best Chinese restaurant in Korea" in Incheon.

What is your experience with Korean Chinese cuisine? Which dish sounds most appetizing to you? Let us know in the comment box below!