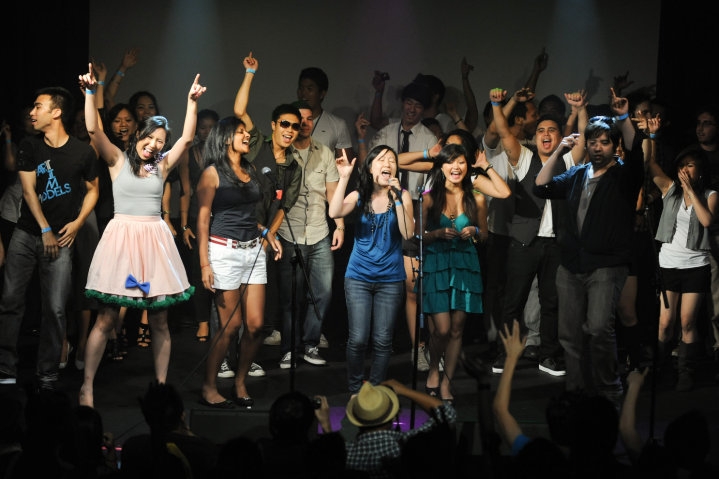 Kollaboration, a national non-profit organization, recognizes that Asian and Pacific Islanders often find themselves stuck in certain cultural roles and stereotypes such as "the foreigner" or the "model minority." As a result, there is a disappointing lack of accurate representation of Asian and Pacific Islanders in our mainstream media. Kollaboration seeks to break down stereotypes and combat under-representation by supporting and celebrating Asian role models within the entertainment industry.

Their motto is "Empowerment through Entertainment," but for many people involved, the organization has an impact beyond the world of entertainment. Yuee Wakabayashi, Volunteer Manager for Kollaboration NY, explains, "While Kollaboration certainly is an active step in promoting Asian Pacific Americans in the mainstream entertainment industry, for me it means a lot more than that...Kollaboration is an outlet for creative expression that brings the APA community together and makes us stronger as one."

Congrats to Paperdoll and Alfa, who took home the first and second place prizes, respectively! However, it seems like everyone in attendance was able to take with them the idea that the Asian American community has more than enough talent and drive to make their mark in America's entertainment industry.

"The success of giving these YouTube stars a stage and an audience and giving the audience a personal opportunity to see talent in the making is incredibly fulfilling," says Wakabayashi.