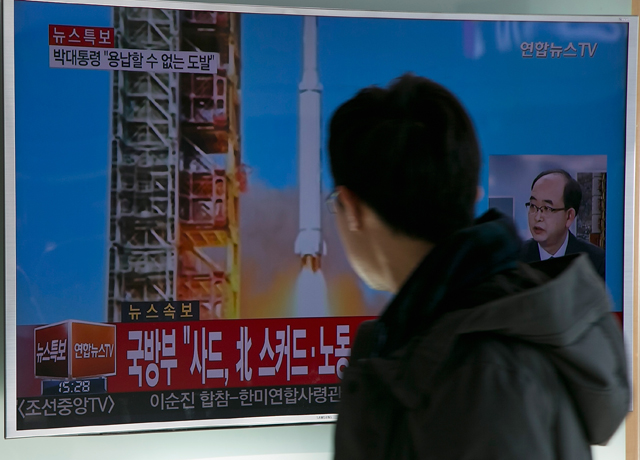 One day after North Korea attracted international condemnation for launching a satellite into space, Asia Society Policy Institute (ASPI) President Kevin Rudd told BBC on Monday that Pyongyang represents "a problem infinitely greater than what we've been focusing on in [the Iranian capital] Tehran in recent times."

The missile launch occurred one month after North Korea's test of a hydrogen bomb, renewing fears that the regime may eventually develop a ballistic missile with the capacity to strike the continental United States. Both the test and missile launch are in violation of international sanctions and, according to Rudd, represent evidence that diplomatic efforts to rein in Pyongyang's behavior are not working.

"The bottom line is, major powers historically involved in the six-party process must continue to deploy maximum bilateral pressure with the North Koreans," he said, adding that "the United Nations Security Council cannot break solidarity on this."

Rudd said that achieving a breakthrough with North Korea may require putting up with Kim Jong Un, the country's 33-year-old leader.

"A core element [of diplomacy] has to be whether there is any credible assurance that can be given to the [Democratic People' Republic of Korea] to ensure regime survival," he said. "It’s difficult, it’s hard, some would say impossible — but that’s the position the DPRK is coming from."

Rudd, the former prime minister of Australia, appeared on Newsday, a news and current events program hosted by the BBC World Service. Listen to the entire clip here: