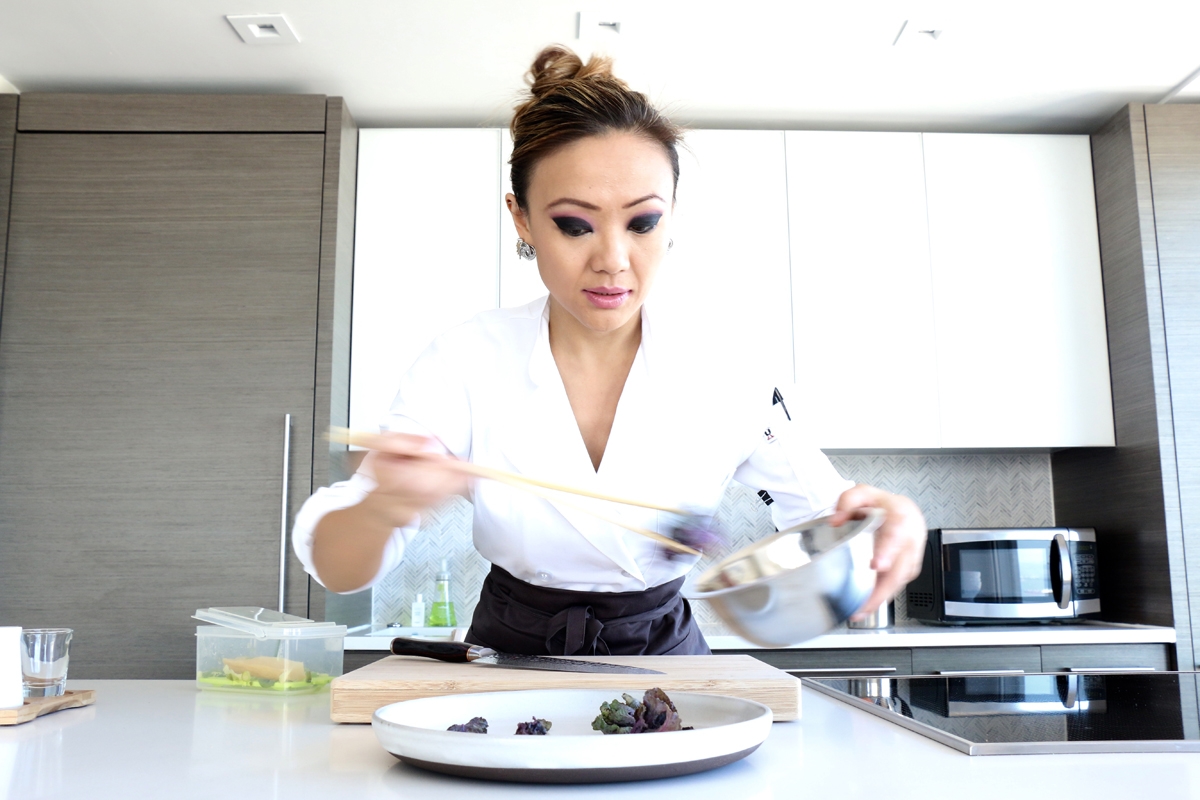 There are few things Americans agree on these days, but this much is clear: Everyone loves Chinese food. According to Chinese Restaurant News, there are over 41,000 Chinese restaurants in the United States — three times the number of McDonald's franchises — and it isn't difficult to find Chinese food in even the smallest, most remote parts of the country.

A lot of what Americans consider to be "Chinese" food, though, isn't actually Chinese at all. And much of the authentic Chinese food that Americans actually eat represent only a tiny fraction of the cuisines one encounters in China.

Kathy Fang will participate in a panel discussion on San Francisco's Chinatown hosted by Asia Society Northern California on May 16. Learn more

Kathy Fang wants this to change. Born and raised in San Francisco, Fang spent much of her childhood helping out at House of Nanking, her family's beloved Chinese restaurant, where her father specialized in putting his own spin on traditional Chinese dishes. After a brief stint in the corporate world, Fang returned to her roots and opened her own restaurant in San Francisco, and she has promoted awareness of real, authentic Chinese food in the United States through taking part in several competitions for the Food Network.

Fang recently caught up with Asia Blog to talk about why there are still so many misconceptions about a cuisine as ubiquitous as Chinese — and what she's trying to do about it.

Do you think that Chinese food is getting a fair representation on television in the United States? Is it getting the recognition it deserves as a great cuisine?

I don’t think Chinese food is getting enough credit, and making this happen is something I've always wanted to do. That's why I've been working hard on getting a cooking show on the Food Network.

Chinese food isn’t just orange chicken and fried rice — yet people come from all over the world to the restaurant and still ask for the same things. If they see things that are a little different, they’ll say that they're not used to that — they want Mongolian beef and General Tso's chicken.

Chinese food is so much more than that. There’s so much history behind it, more than anyone could ever learn. That's why it’s sad that a huge number of people only see it as a something small. There's also this sense that Chinese food isn't something people should pay a lot of money for; that they should only ever go to a hole-in-the-wall place. But Chinese food developed thousands of years ago and includes haute cuisine and interesting and delicate dishes people haven’t heard of or seen before.

I don’t think it’s their fault. It's just that there's a lack of exposure on television.

The same is true in print media, particularly in magazines. There was recently a scandal involving Buon Appetit, which published an article about pho being a new, up-and-coming fad. They brought in a white man from Philadelphia to talk about how to make it and eat it, and not everything he said was accurate.

The people who should educate the public on things like dim sum are people who grew up with it, not people who developed an interest in it three years ago in, say, Kentucky.

It was just a perfect example of how to do things wrong. If you want to educate people and expose them to new foods, go to the actual source. There are so many Vietnamese restaurants and shops, both hole-in-wall and really nice places. Ask them! Ask them what the pho from their particular hometown is like. People would then learn that there are many different kinds of photo, that there are nuances. It's the same with Chinese food. People think that Chinese food is just dim sum — not that dim sum is just one type of Chinese food from one region, the south. Or that there are different kinds of dim sum in Taiwan, Shanghai, Guangzhou, and Hong Kong. But the people who should educate the public on things like dim sum are people who grew up with it, not people who developed an interest in it three years ago in, say, Kentucky. 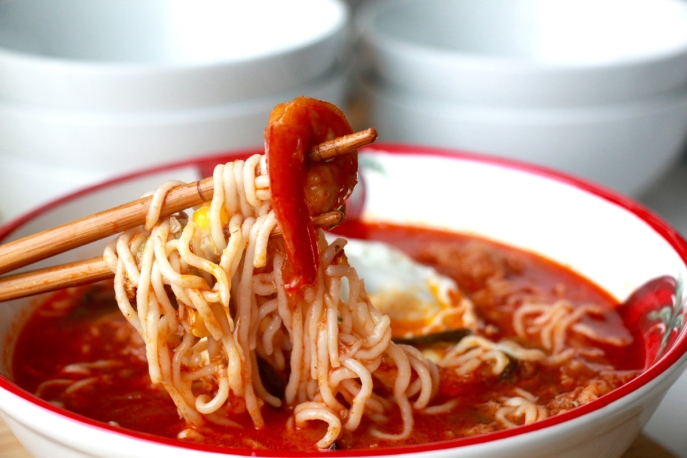 Tell me more about the TV show you pitched to Food Network. How did you come up with the idea?

I figured the biggest resource people have for learning about food is television. So I started doing some competitions and show appearances on the Food Network and found that I loved talking about food and that I have a passion for teaching people about it. I love sharing my culture and want to inspire other people to cook Asian food with ease and learn a little bit about the culture along the way.

We need to change the perception that Asian food is only popular in places like San Francisco and New York.

I noticed that shows on the Food Network didn't have Asian personalities. You've got people like Giada De Laurentiis, Ina Garten, and Sandra Lee, and even they sometimes now make Asian dishes. So why isn't there an Asian person showing them how to do it? Our country has become so much more multicultural, so naturally, there should be Asian representation on shows teaching people how to cook.

On top of that, Asian food has gotten bigger as you can now buy Asian ingredients like fish sauce at places like Target, Safeway, and Whole Foods. At those places, you'll see a Giada De Laurentiis-branded product. Why aren't there Asians selling chopsticks or woks?

Would you say the foodie movement has perpetuated discrimination? Are Asians excluded from promoting food from Asian countries?

I don’t know if it’s necessarily accurate that we've been excluded. I’ll use my own personal experience. I've pitched ideas for shows like "Everyday Asian" which would cover easy to grasp, not-too-exotic foods from all over Asia, not just China. And I hear that the American public, or at least the Food Network's demographic, are much more comfortable with a show about burgers and barbecue and that Asian food is too exotic. That's the number one thing I've heard — that they're not quite ready for Asian food yet. 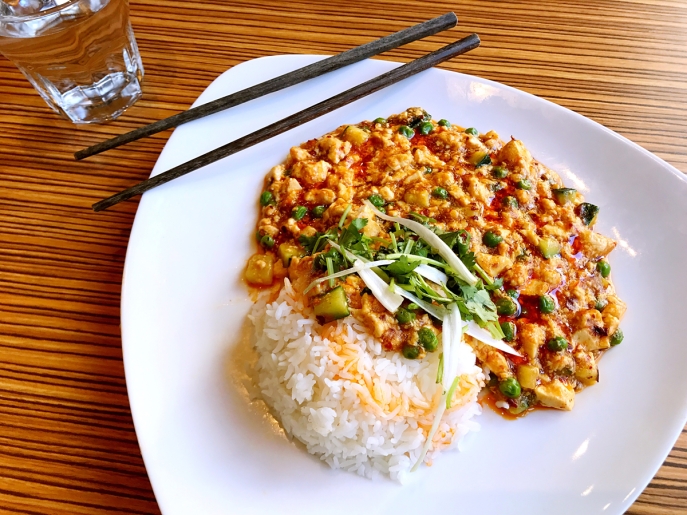 I find this confusing because statistics show that Asian foods are some of the most popular in the United States, particularly in the delivery market. Clearly, it's something Americans like to eat. So how do we break this idea that it's still exotic and difficult for middle Americans to deal with? We need people to push to change the perception that Asian food is only popular in places like San Francisco and New York.