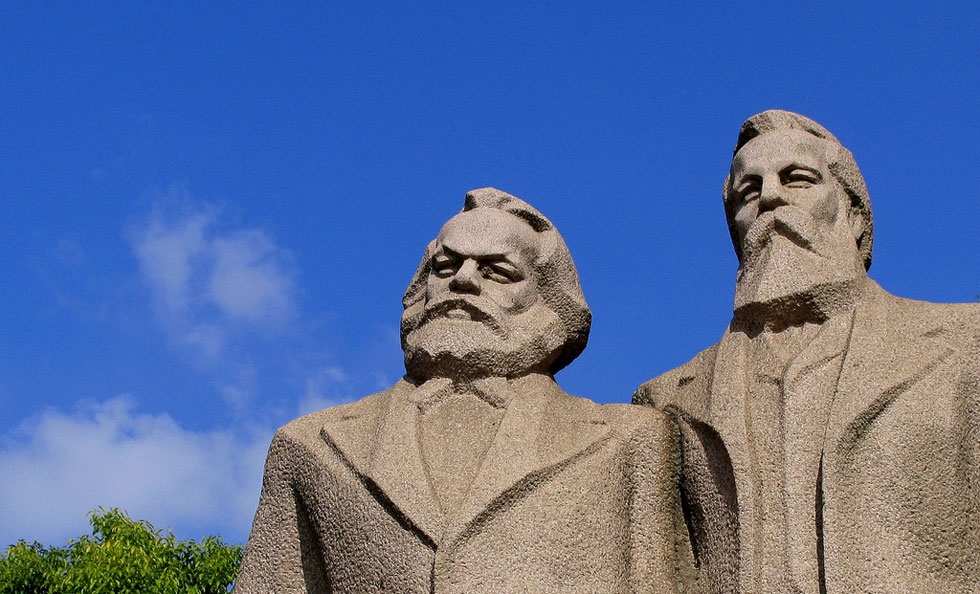 If China’s Communist Party stays in control for another dozen years, it will best its Soviet counterpart’s record and become the organization linked to Karl Marx’s ideas that has run a country longest. This makes it ironic that the course of modern Chinese history has so often called into question rather than confirmed Marx's predictive power.

The most recent case in point is this year’s efforts to crack down on what Chinese people are saying on the internet, a chain of events that mirrors closely those of exactly a year ago that The New Yorker's Evan Osnos aptly dubbed China's "Big Chill."  I’ll get to how the playing out of this year's Big Chill 2.0 raises doubts about one of Marx’s claims, but first let's consider some examples from further back in China's past.

The earliest and most significant case of Chinese politics contravening a Marxist tenet came before the People’s Republic was even founded. Marx had insisted that modern revolutions would be the work of urban groups, especially industrial laborers. In China, though, while labor strikes played a part in bringing Mao Zedong and company to power, rural struggles played a far more important role. So much for Marx's claim that peasants were destined to be a conservative check on radicalism.

Another important example of Chinese realities flying in the face of a Marxist orthodoxy has to do with the timing of the country's socialist and capitalist phases. Like many thinkers of his time, Marx embraced a linear view of historical development, in which capitalism was to be followed by socialism and collectivization. Yet, in today's China, which can be described as, at least in some ways, a post-socialist state, we are seeing many things happening now, after the abandonment of collectivization, that are reminiscent of the United States and Britain during their early capitalist periods, including an economy featuring sweatshops where workers lack the right to organize and strike play an important role.

One last problem China poses for Marx, which will bring us to the Big Chill 2.0, involves his famous claim that history repeats itself, "the first time as tragedy, the second time as farce." Repetition just hasn’t been working that way in China of late. It certainly didn't with the two Tiananmen incidents. The first of these took place in 1976, when demonstrators gathered in Tiananmen Square to mourn a recently deceased official, Zhou Enlai, whom they admired. The protesters presented themselves as patriots who were worried about the nation's fate now that this good man had passed from the scene, implying that those still alive and in power were less worthy. Officials castigated the protesters as "counter-revolutionary" troublemakers and crushed the struggle.

The same pattern occurred again in 1989, this time starting when Hu Yaobang died. Far from taking a turn toward farce, however, 1989's repetition ended still more tragically. The June 4th Massacre was more violent than anything that had taken place 13 years earlier. In addition, while the government reversed its verdict on the 1976 movement several years later, saying that the participants had indeed been patriots, there has still been no comparable official about-face concerning 1989. China's leaders continue to deny that soldiers did anything wrong that June.

It may be that this year's crackdown on online expression, which is following the template of last year's Big Chill, will end up taking a turn toward farce. So far, though, it looks as though Marx's proposed progression will not take place. Here’s how things played out a year ago.

China’s leaders had grown paranoid, as a wave of protests had toppled autocrats in the Middle East. They feared the possibility of a counterpart of the Jasmine Revolution, as these struggles were sometimes called, breaking out in their own country. Then, when some postings appeared on Chinese language websites based outside of the PRC calling for Jasmine-style protests in Beijing and other cities, they began lashing out. Even though no demonstrations materialized, the government stepped up its scrutiny and hassling of anyone it considered a potential troublemaker or a gadfly figure. Soon, arrests were made, the most famous being that of well-known artist Ai Weiwei, whose blog posts and tweets had angered the authorities. One reason for the tightening of the reins was the desire the government had to ensure that an upcoming special event, the celebration of the 90th anniversary of the founding of the Communist Party, could take place in as stable an environment as possible.

Flash-forward to the present and the sense of déjà vu is impossible to miss. The government has once again been made jittery by online posts, albeit this time not ones calling for protest. The posts that angered the government this time were ones that appeared right after Bo Xilai, a charismatic and controversial high-level official, was purged on March 15, and speculated on the possibility that a coup had taken place or might occur soon in Beijing. Once again, there have been arrests, the excuse being that spreading rumors undermines stability. And, once again, part of the backdrop for the crackdown has been the notion that special vigilance is needed to insure that an upcoming special event goes as smoothly as possible. In this case, that event is the once-in-a-decade leadership transition slated for the fall during which Xi Jinping will replace Hu Jintao as president of the country and head of the party, and word will come out about who exactly is on the all-powerful Standing Committee of the Politburo, the elite group that Bo Xilai was angling to join before he fell from grace.

It would be nice to hope that this year the crackdown will end in farce, but it is all too easy to imagine this being another case where tragedy is followed by just more of the same. This doesn't mean there won't be light moments. If there are, though, it is hard to imagine any proving more farcical than the most bizarre episode in last year's crackdown. When official paranoia about protests like those seen in the Middle East was at its peak early in 2011, all phrases containing the Chinese characters meaning "jasmine" were made taboo. This led, for a time, to trying to keep the web free of all renditions of Chinese song whose title is often rendered as "Beautiful Jasmine Flower" — even a famous video in which the singer was none other than President Hu Jintao.

Jeffrey Wasserstrom will give a talk on Wednesday, April 4 at 6 pm at the Chicago Public Library, part of WBEZ's "Chicago Amplified" series.