Asia Society Associate Fellow Jeffrey Wasserstrom has a review of Chinese author Yu Hua's latest work China in Ten Words for the Los Angeles Review of Books. Part memoir and part modern history, China in Ten Words uses the Chinese language as a lens in which to view a society in constant flux. In praise of the book, Wasserstrom writes: 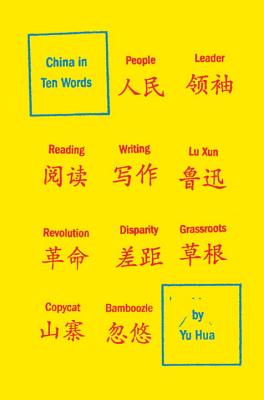 “Just consider,” Yu Hua writes, “how urbanization has been pursued, with huge swathes of old housing razed in no time at all and replaced in short order by high rise buildings.” The term “blood-stained GDP” is becoming a popular one in Chinese online debates, coined to described the high human toll of the government’s rush to make the country look as “modern” as possible as quickly as possible. Yu Hua doesn’t employ this newly minted phrase, but he uses ones that are just as highly charged. He writes, for example, of a “developmental model saturated with revolutionary violence of the Cultural Revolution type,” in which many ordinary individuals are once again suffering in the name of abstractions.

It's rare to find a work of fiction that can be hysterically funny at some points, while deeply moving and disturbing at others. It’s even more unusual to find such qualities in a work of non-fiction. But China in Ten Words is just such an extraordinary work.

An English language edition of China in Ten Words will be available beginning November 8th.