Japan Has More Pets Than Kids, but Does That Tell Us Anything? | Asia Society Skip to main content

Japan Has More Pets Than Kids, but Does That Tell Us Anything? 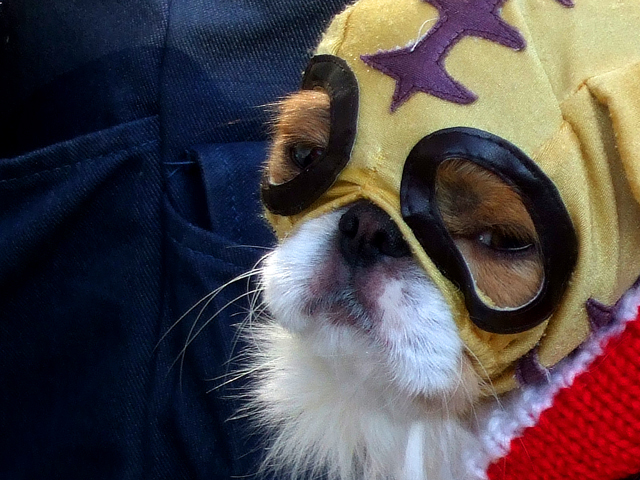 Pampered pooch all dressed up in Harajuku. (Shuan Sim)

Laid out plainly, the numbers seem worrying: in 2009, according to Japan Pet Food Association, there were about 23.3 million pets in Japan, as opposed to 17 million children age 15 and under. Coupled with its plummeting birth rate and zero net migration, Japan's population started to contract for the first time since 2005.

This happens as Japan's pet industry, with estimated annual revenue of 1.2 trillion yen, or US$15.2 billion, is growing significantly, prompting the UK's Guardian newspaper to post an article on the topic, "Why Japan prefers pets to parenthood," earlier this month, as did a number of other sites.

Reddit.com's /r/Japan forum users were quick to point out correlation does not imply causation — Japanese people weren't sitting around and thinking, "Hm, children or pets?" User "itcouldbe" did some research and laid out the numbers comparing Japan's children-to-pet ratio with the equivalent ratios for the U.S. and U.K.

In the U.S, there are about 63 million children under 15 and 173 million pets, giving a ratio of 1 American child for every 2.7 pets. In the UK, there are 10.9 million children under 15 and 27 million pets, for a ratio of 1 child to every 2.5 pets. So in comparison, Japan's ratio of 1.4 pets to every child isn't really that shocking. As user "itcouldbe" puts it, "Wow, so the Guardian article should be 'Why does the U.K. hate kids so much?'"

However, it is undeniable that Japan's population is shrinking and aging. Some comments point out that the Guardian's use of birth rate as an indicator of growth is flawed, and the fertility rate, which has actually risen, should be used instead. Despite that, from 2005 to 2010, Japan's population fell by about 320,000, nearly 0.1 percent.

The boom in Japan's pet industry shouldn't be cause for concern over its demographic woes — the United States' own pet industry has nearly doubled in revenue, to $51 billion, in just 10 years from 2001, but no one has accused Americans of opting for cradling pups over babies.

Instead, the focus should have been on the factors that weigh against childbearing, such as the lackluster Japanese economy and a lack of childcare support. As Jiro Akiba, a Japanese cameraman, told the Guardian, "In Japanese society, it's really hard for women to have a baby and keep a job … so my girlfriend decided against having a baby, and that's why we have a dog instead."

Furthermore, the number of single Japanese keeps climbing. Sixty-one percent of unmarried men and 50 percent of unmarried women aged 18-34 are single, and many have no desire to change that status. The government’s efforts to get people hitched haven't been very effective, including matchmaking sessions involving jan-ken-pon, or rock-paper-scissors. But many Japanese men profess to be shy, fear rejection or see no particular need to be aggressive when it comes to courting women, and these men have been coined "herbivorous men," men not interested in "flesh." Unsurprisingly, increasingly independent Japanese women are disdainful of their ilk.

Japan's pets may be increasingly enjoying luxuries unthinkable decades ago, what with their yoga and spas and manicures, but equating the decline of Japan's birth rate to the rise of pets is a stretch. As "Andrew in Ezo," a commenter on Japanprobe.com, said of the Guardian's article, "But of course, in the spirit of Western self-congratulation, they had to go down the weird and wacky Japan route. Just focusing on the pampering of pets and the pet industry would make the Japanese seem just ... normal, you know."