The iPad Can't Do What?! | Asia Society Skip to main content

The iPad Can't Do What?! 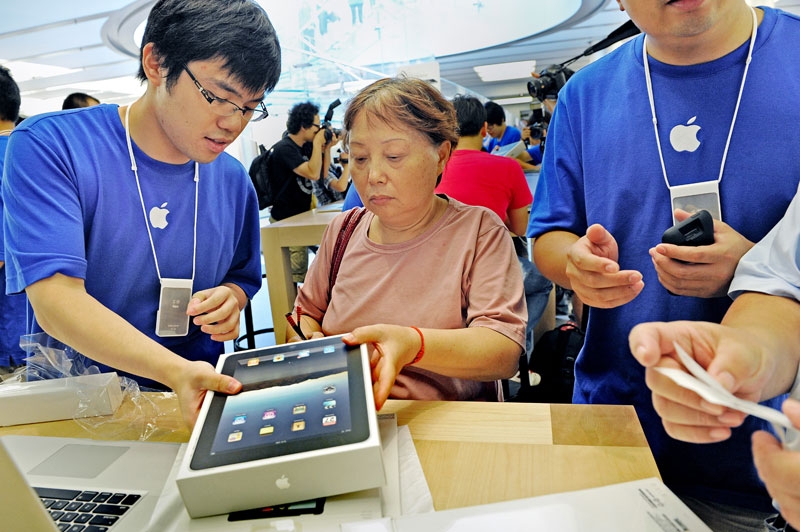 If you've been following this blog, you're probably aware that Japan has been providing their prized sumo wrestlers with iPads so their beefy fingers can easily punch in keys on a large screen. But its neighbor China, after successfully launching Apple's latest gadget, seems to be skeptical of the device.

Why? It's simple, really. Unlike Japan, China has a population of over 1.3 billion, housing some of the world's richest, but also many of the world's poorest people. In fact, it's safe to assume that the poor outnumber the rich. But that's not the answer.

China is notorious for replicating sophisticated technology into household items. And not just technology; shoes, cars, clothing, accessories, you name it, they have a cheaper, "non-branded" version of it. Don't believe me? Read this.

So in an attempt to lower prices of everyday items in order to make them accessible to the masses, the Chinese have perfected the art of piracy, a notion so complicated that the iPad can't accommodate it! Just joking. But seriously speaking, Chinese shoppers are complaining their favorite new Apple gadget cannot perform simple tasks such as downloading free music, or movies, or software. Using the iPad forces you to pay for stuff like that now.

But the demand remains high for the iPad in China. The Wall Street Journal reports that the iPad was popular even before it launched in China, and its success has since drawn enough government attention that customs officials are now reportedly taxing people who carry iPads and iPhones across the border from Hong Kong, even if the devices are for personal use.

The question remains: Is Apple likely to make it more "piracy-friendly?" Oh and Apple, if you're reading this, if you could make it Flash-friendly, that'd be great too, thanks!