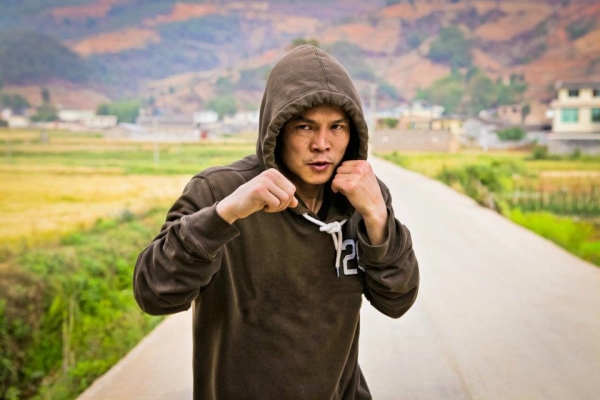 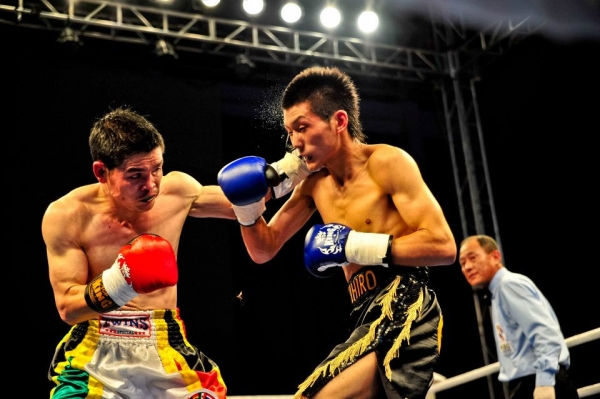 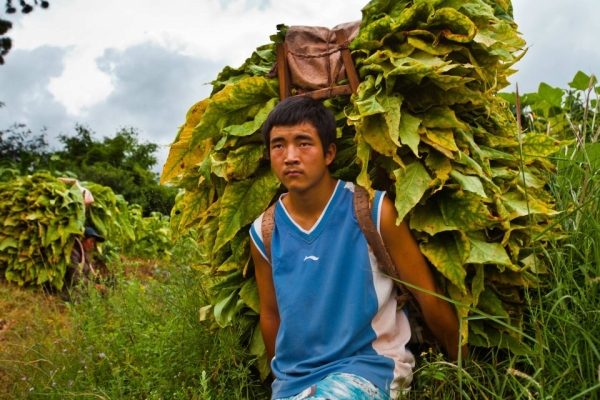 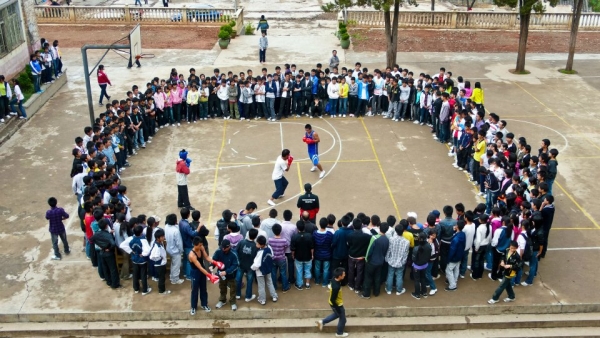 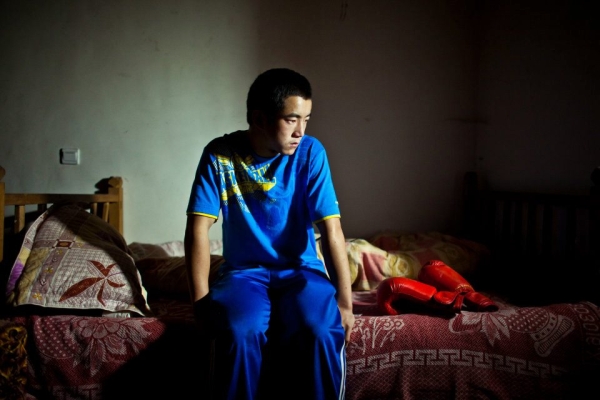 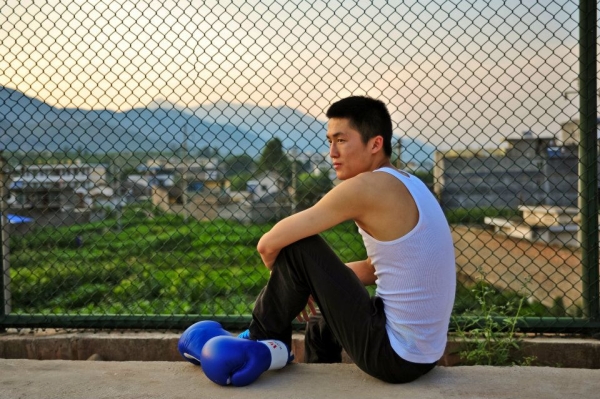 Miao Yunfei, the 19-year old son of Chinese tobacco farmers, yearns to leave "this backward place" for the fame and glory of life as a pugilist. He Zongli, his friend and boxing buddy, pants for an Olympic medal. Their coach, Qi Moxiang, a bachelor in his late 30s who works for free and lives under a staircase, dreams of being in the ring once more to redeem himself in the eyes of his departed father.

These three men are at the center of China Heavyweight, a new film about a boxing school in a provincial corner of Sichuan province that is director Yung Chang's second full-length documentary, after his critically acclaimed 2007 release Up The Yangtze.

Up The Yangtze was lauded as "an astonishing documentary of culture clash… amid China's economic miracle" by the New York Times, and many of the earlier film's themes carry over into China Heavyweight. The Times now says that in capturing the young boxers' transition into adulthood — as they define themselves between the controlled violence of Western boxing and traditional Chinese values of harmony and obedience — China Heavyweight becomes a "remarkably tender portrait [that] positions a particularly violent sport as nothing less than a lifeline to the 21st century."

Asia Blog caught up with Yung Chang on China Heavyweight's opening night at the IFC Center in New York City.

What made you shoot a documentary on boxing in China?

I was presented the idea through my Canadian producer. It was just a general idea, "There's something happening with boxing in China, would you be interested in doing a film on that?" After thinking about it, I was really struck by how boxing is identified. Boxing, in the West, is about being an individual — about fighting for yourself. When you think of Muhammad Ali and Mike Tyson, these are larger-than-life characters. And I was thinking that it's quite the opposite in China, where you're trained in the collective, you're taught to follow the rules, and certainly in more rural areas, you're taught to live in a very traditional way. Thinking about what the sport of boxing is and how it can identify with Chinese society seemed to me like a layer to talk about the bigger picture of modernizing China.

One scene makes the point that Confucian values teach you not to talk back when you're scolded, not to strike back when you're hit. I saw boxing as a metaphor for China's coming into its own and fighting back, acknowledging Western conventions while maintaining certain Chinese characteristics.

There is that sort of metaphor embedded in the story — the idea of capitalism with Chinese characteristics. In some ways that's what's being done with boxing. There's still this connotation that it's all about the individual, and yet you see them training together, there's this collective process in it, and yet I think metaphorically, in some ways, I find that this film could almost be looked at as a, I'm not sure I'm using this correctly, but a morality tale.

A character like Miao Yunfei — even when I met him, he seemed so Western, and appeared to me to be someone that was really trying to gun to the top of the ladder, and reach success at any means. And Coach Qi is someone who is very grounded and trying to teach these kids to slow down, and to follow the long path. The best line in the film, for me, is when Qi tells He Zongli that "to be courageous in the face of failure is a noble virtue." If there is a message, it's this idea that maybe when I was making the film I was surrounded by stories of rampant corruption, crazy stories, [and] I turned around to look at what Coach Qi is doing, teaching the kids all these little moral lessons, shaping their futures, instilling these values I think are disappearing in a way.

One could say that maybe this movie is kind of a warning: what does success mean, and at what cost? And Coach Qi for me represents a modern hero — he was maybe taking on these Western ideals and trying to prepare these children for the future. That may be what the story's about, or at least that's what I think about when I watch it.

Is boxing popular in China?

It's not. It's growing, but they need that Yao Ming of boxing, which they haven't found yet…. And there's a lot of red tape — it's difficult to put on a show. For boxing, you need to have international fighters, you need television deals, gambling, and that just doesn't happen in China right now.

Just from making the film in Huili, and getting to know the parents of the boxing children, many of the parents don't even know what it is, they think it's a form of martial arts. The minute they start getting wind of it, and they see it and how violent it is, usually they pull the kids out of the school. But they go with it because these kids get a scholarship and they get an education in the city, which is different from being in the countryside, and they also have that potential for climbing out of poverty. I think that's the only reason why they let their kids do it. There's very little idea of the art of boxing, and the science of boxing, in China. It's not happening in China yet. 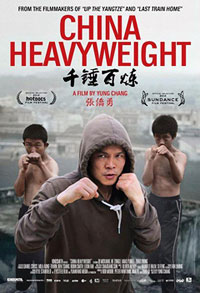 What's the story about you running into Mike Tyson?

He was in Tianjin, right outside Beijing, and he was hired for three days by the city of Tianjin to be an ambassador to boxing. When I'd got wind of that, I decided we should go and try to get him in our movie… We camped out in the luxury hotel for three days. His entourage sent me on a mission on the last day, to find a toenail clipper, a pomegranate and Shaw Brothers kung fu movies for Mr. Tyson. I went out and tried to find those things and I'd found nothing and I came back and I said, "I have something!" — maybe Up the Yangtze, I thought.

So I gave him Up the Yangtze to watch and it was midnight and we were camped out in the lobby. Side story: I'd found this castaway puppy in the rubbish in the town I was filming in, two months old, and I carried him with me everywhere, I had him in the lobby of the hotel. We were about to be kicked out of this lobby, the elevator doors open and the entourage and Mike Tyson come out, and my little puppy starts barking, and Mike Tyson heard this and came over. He didn't know I'd given him Up the Yangtze to watch and he was pawing Laji, which means "trash," and I said, "'Mr. Tyson, I've got this movie I'm making would you like to take a look at it?" and he said, "What's it about?" and I said, "It's about boxers growing up in rural China," and he quoted the opening quote from Up The Yangtze, a Confucius quote, "learning by experience is the bitterest."

He started watching our footage and I appealed to him to come to Huili and he decided he wanted to do that, and there was a clip of Don King who has just been to China the year before promoting boxing, and when he saw Don King, he kind of went a little bit crazy, and he said that — and if you don't know, Mike Tyson is very knowledgeable about Chinese history and he's got a tattoo of Mao Zedong on his arm. And he said, "Don King is Chiang Kai-Shek," who was the KMT leader, "and I'm Mao Zedong and I'm gonna kick Don King out of China." And that's the story.