Interview: Why It's Hard to 'Change Mindsets' on Environmental Protection Among India's Elites | Asia Society Skip to main content

Interview: Why It's Hard to 'Change Mindsets' on Environmental Protection Among India's Elites 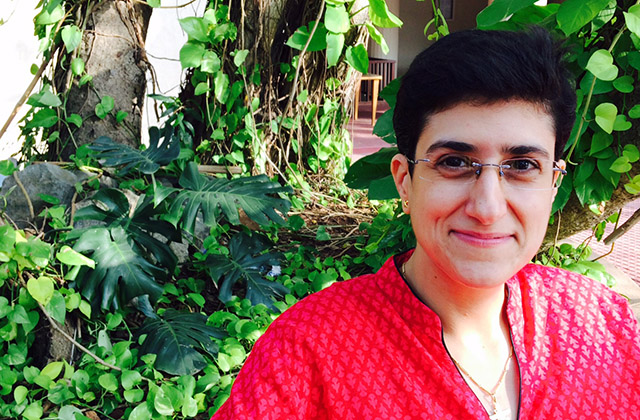 Dr. Rashneh Pardiwala, an Asia Society Asia 21 Young Leader (class of 2009), is founder and director of the Centre for Environmental Research and Education (CERE) in Mumbai, India. Established in 2002, the center works with government, educational institutions, multinational companies, and civil society organizations to implement initiatives and projects fostering environmentalism and sustainability. Pardiwala spoke with Asia Blog at her home in Malabar Hill, Mumbai, about her work and environmentalism in India.

Why did you found the center?

Essentially, very little was being done in India in the field of sustainable development. Historically, India’s environmental movement has revolved around wildlife conservation — tigers, leopards, elephants — yet there was little inclusion of sustainability in our models of development.

What were some of the initial obstacles in founding the center?

Changing mindsets. Back in 2003 very few people actually understood what “sustainability” was, and it was often seen as anti-development. Everyone felt you had to make a choice: pro-environment or pro-development. There was no middle path. In fact, people were dubious as to whether it was even achievable. Another obstacle was environmental education, which then was not recognized as an independent subject. CERE was part of the group of NGOs that petitioned the Supreme Court to make environmental education mandatory in India. Now it’s an independent evaluated subject that children learn in elementary school and college.

What are a few of your projects?

Here in India we have a lot of initiatives to preserve trees, but they’re restricted to pockets in national parks. Our task is to retain urban biodiversity and augment it. One of our projects started off as growing native indigenous trees in Mumbai, working with private landowners and corporations. The private landowners have precious space to grow even as few as five or ten trees. It’s small, but it helps. Then we have large companies that want to offset their carbon footprint.

We also create biodiversity islands. We plant them in residential complexes, townships, and offices as an alternative to manicured gardens. We call them “islands” so that even if we have a small little parcel of land, whether it’s a traffic island or street garden, it can attract local biodiversity. We created the first one in Pune (India's ninth largest city) at the Fruit, Flower & Vegetable Exhibition. We’ve now started a joint project with the government to create a garden and learning resource center for school children. We’ll teach about edible landscaping, butterfly gardens, sensory gardens, vertical landscapes, and urban bee keeping. We’ll need these concepts as the population rises and the land area shrinks.

How has India’s ecosystem changed?

If you look at Mumbai’s greenery, nowadays very little is actually native. In fact, the majority are naturalized species that were introduced by the Portuguese or English. The recent trend is to use exotic species for manicured lawns and gardens. This means indigenous species are losing even more space, and our local species decline with them. New lifestyle patterns are also changing things. For example, India’s urban sparrow population has dipped. Even growing up, sparrows were as common as a crow or a pigeon. But now they’ve almost disappeared. Why? For one thing, our architecture is changing, and building facades no longer offer nesting sites. Even the old grain shops, which used to have grain strewn in the road, have turned into packaged super markets. Suddenly, you have an entire species disappearing because you’ve taken away its food source, habitat, and flight path.

What are some unique solutions India can offer?

India is an interesting position. We’re a developing country, yes. But we’re not as developed as others. We’re at a juncture — a point where we can actually develop sustainable models. Now is the time to look at different models for energy, water, and waste, as well as alternatives to Western modernity — something that, as we are discovering, doesn’t work when it comes to the environment. India isn’t a consumerist market as of yet, and our culture has judiciously used its resources. We have traditional knowledge in every field. For example, the rainwater harvesting in Mohenjo-daro and Bharatpur are some of the best examples the world over. We also have some of the best step wells. By looking to our past, we can take a great step forward.

What demographic in India has the hardest mindset to change when it comes to environmental protection?

Those at the top — the elites — the people who have it all who think that they’ve earned it. Even the smallest things like water conservation and waste management, they feel that they are paying their taxes so they needn’t be bothered by these small initiatives. And then there are those that are underprivileged. You really can’t talk to them about the environment when they can’t feed themselves. They have so few resources already. They really aren’t those contributing to the carbon footprint of this nation anyways.

By and large, the middle class and the educated are changing and becoming an important voice. They are the voice demanding change and action from the government.