Interview: What Do Hawaiian and Taiwanese Aboriginal Music Have in Common? | Asia Society Skip to main content

Interview: What Do Hawaiian and Taiwanese Aboriginal Music Have in Common? 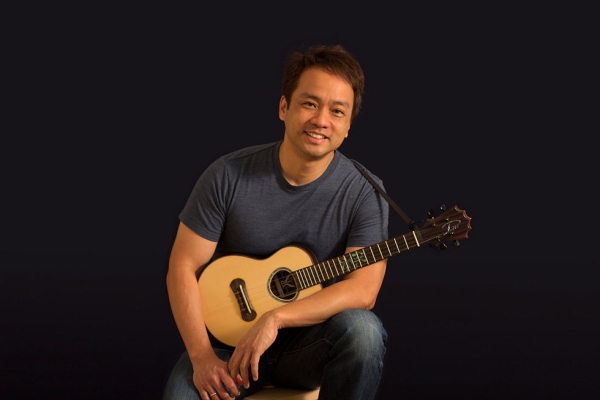 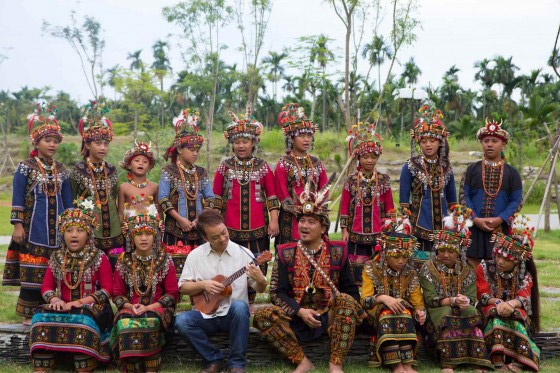 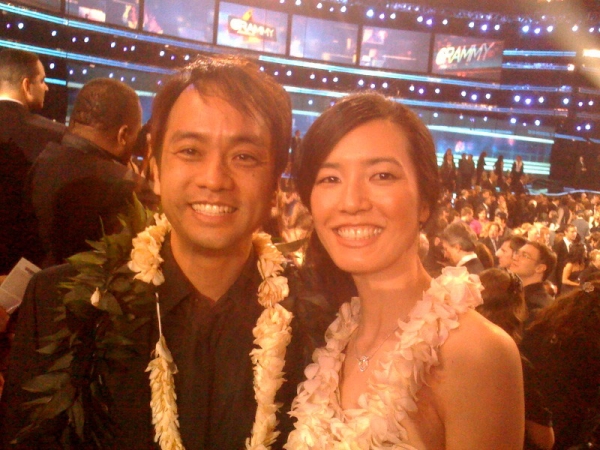 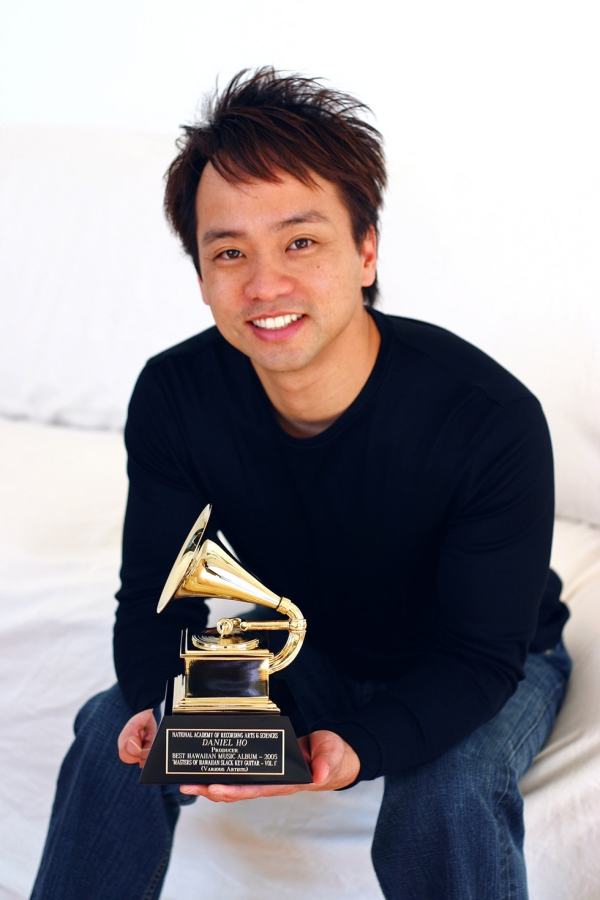 Six-time Grammy Award-winner and Honolulu native Daniel Ho is best known for his performances on ukulele, slack key guitar, piano, and vocals. Now based in Los Angeles, his multifaceted career includes work as a musician, producer, singer/songwriter, arranger, composer, engineer, and record company owner. In recent years, Ho has worked with Taiwanese aboriginal musicians, including with the Taiwu Children’s Ancient Ballads Troupe on the collaborative album To and From the Heart.

Asia Blog caught up with Ho ahead of his August 14 appearance with the Taiwu Children’s Ancient Ballads Troupe at Asia Society Texas Center.

You’ve had a varied career in music, both stylistically and professionally. Could you give us a recap of your journey? Was there a moment you knew your career path would be a musical one?

When I was very young, my dad would always have the AM radio in our green 1968 Oldsmobile Cutlass Supreme tuned to KUMU 1600, the local easy-listening station. “Song for Anna,” a ukulele instrumental performed by Ohta-san, was in heavy rotation at the time. “Click-it-or-ticket” was not yet law, so I’d lie across the speaker panel in the angled nook under the rear window, stare at the stars in the deep blue Hawaiian sky, and get lost in the vibrations of this wonderful composition.

My friend David Ho taught me how to pick the melody on a ukulele, and at that very moment, I was hooked! For two years, it was the only song I knew, and it wasn’t even the whole song — I could only play the verse. But it was enough for me. I walked in circles around the house, through the kitchen, to the foyer, down the hall, and back to the kitchen, plucking the melody over and over and over again. At that left turn down the hall, I’d look up to see myself in the mirror, ukulele in hand. The boy in the mirror spoke to me. He said that I would not follow in my father’s footsteps and grow up to be a chemist as planned.

He also told me that I needed to learn as much as I could about music if I were to pursue it as a profession. So I put my ukulele back in its case and picked up the classical guitar, then piano, drums, bass, voice, and eventually studied jazz arranging and classical theory. At eighteen, I left Honolulu to study composition and film scoring at the Grove School of Music in Los Angeles.

After decades of working in various genres as a composer, producer, pianist, and guitarist, I dusted off my ukulele and played a few notes. Its familiar sound and feel instantly filled a void unbeknownst, and a love was reawakened. One of the first ukulele recordings I made was “Pineapple Mango,” which has since become somewhat of a ukulele anthem. You can see thousands of ukulele players, clubs, and artists from many countries playing these parts in the video “Pineapple Mango — Around the World.”

How would you say your music has evolved throughout the course of your career?

I began my career in the early 90’s as the leader and keyboard player for the contemporary jazz group Kilauea. In the mid-90’s, I felt I had just enough experience in the business and in the recording studio to start my own label and publishing company, Daniel Ho Creations. I returned to my musical roots — I was born and raised in Hawaii — and founded the label on Hawaiian slack key guitar albums, ukulele albums, hula music, then eventually singer-songwriter, piano, and world music recordings. I’ve always fancied the idea of a small business and to this day, it remains a two-person company — my wife, Lydia, takes care of the business and I do the music. To date, we’ve released over a hundred albums and published fourteen music books.

Presently, we’re focusing our attention on world music and classical music. Because we work in various genres with many inspiring people and different instruments, I can honestly say that I haven’t been bored in years. I know it’s hard to believe considering I don’t have a smartphone! It’s true, I really don’t.

What’s something the average listener might not know about Hawaiian music?

In the process of memorizing how to sing Hawaiian lyrics, I've learned that songwriters often used poetic and alliterative techniques to close one stanza and begin the next. Sometimes, it's rhythm; other times, it can be rhyme. And as one gets more familiar with Hawaiian language, many songs open up even more with hidden meanings, historic connections, and special significance because you become privy to unearthing these gems. I personally find the lyrics and melodies of Queen Liliuokalani, Hawaii's last reigning monarch, to be particularly beautiful. She wrote about her observations, of important events during her reign, and preserved in her music a rich time in Hawaiian history.

What led you to start working with Taiwanese aboriginal music? What makes it unique?

[Independent record label] Wind Music invited us to visit Taiwan in May of 2012 with the hopes of bringing together the music of Hawaii with traditional Taiwanese aboriginal songs. Essentially, a convergence of island cultures that share a common history. We met and played music with wonderful musicians from different aboriginal groups and fell in love with their music and culture. Hearing these beautiful melodies, completely new to my ears, inspired me to drop everything and immediately realize this exciting concept. On a Gentle Island Breeze was released that year and received a Grammy nomination in world music and a Golden Melody Award (Taiwan’s equivalent of the Grammy).

Taiwanese aboriginal music is unique because it utilizes pentatonic notes in an order unfamiliar to Western sensibilities. Each aboriginal group has its own traditional songs — some dramatic and powerful, some melodically ornate — and each is a window into their lifestyle and history.

Could you tell us about your collaborative album with the Taiwu Children’s Ballads Troupe, and the process of producing it?

To & From the Heart has been an incomparably enlightening experience. It opened my senses to a breathtaking sound filled with candid sincerity and organic beauty. I have studied music all my life with the hope of learning how to do what these children do so naturally — communicate emotion, tell a story, and make people feel. It is the effect of these moving experiences, to and from the heart, that leave impressions that will last as long as time.

What’s next for you? Are there any new projects we can look forward to in the near future?

Yes! My new, all-original, Hawaiian album Aukahi (Flowing Harmony) was just released this year. One of the songs on the album, "Nā Pana 'Elua (The Two Heartbeats)," is the most rewarding and challenging piece I have ever recorded in all my years as a composer and musician. This piece is based on a magnificent Indian polyrhythm, and it represents what I love most about this intriguing art form — the depth of rhythms, harmonies, and melodies — and the ability to explain the intent and function of every note.

Together with Wind Music, Taiwanese aboriginal vocalist and guitarist Wu Hao-en and I released Legends of Passage on August 8. The album is a collection of island melodies, preserved and retold.

Finally, next year, I’ll be working with Wind Music on On a Gentle Island Breeze, vol. 2, which will feature collaborations with Taiwanese aboriginal musicians, as well as Kazakh, Mongolian and other Asian folk traditional musicians. I’ll also be doing a ukulele and classical guitar project with Pepe Romero. I have been a fan of his since I was nine years old (studying classical guitar in Hawaii), and I’m very excited to be recording with him!