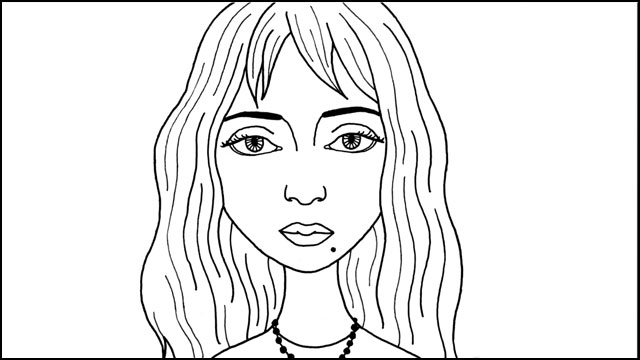 The pantheon of graphic novel heroines dramatically expands with the publication earlier this year of Tina's Mouth: An Existential Comic Diary, which follows 15-year-old Indian American Tina Malhotra as she weathers an especially fraught semester at her elite Southern California prep school.

Required to keep an "existential diary" for her honors English class, Tina turns that diary into a series of candid letters to Jean-Paul Sartre, in which she describes having to juggle some of the more typical teenage travails — boy trouble, cliques, and acting in the school play — while also grappling with bigger questions of identity and purpose.

A collaboration between writer Keshni Kashyap and illustrator Mari Araki, the book is both poignant and laugh-out-loud funny as it moves between the specific condition of growing up Indian American and the more universal agonies of adolescence.

Via email, Kashyap shared with Asia Blog some insights into Tina's origins, Asian American teendom, and her collaborative process with Araki.

Keshni, before Tina's Mouth you wrote and directed a handful of short films. Why choose the graphic novel form to tell Tina's story, and not a screenplay?

Yes, I had directed five or six short films and after I finished film school, I was introduced to literary comic books upon reading Persepolis. Perhaps because I am trained as a director, I was genuinely excited by the form. It allowed for so much experimental visual storytelling. Stuff you couldn't do easily in a movie.

I did write a screenplay — a bad one — many years ago that was loosely related to the characters in the book. But, when you are an inexperienced director, realizing ideas such as "the mysterious heavenly expanse" is pretty hard. It's hard in comics too, but it made more sense to me to approach it from that angle. It is such a simple story that its execution was really important.

Tina is obviously Indian American, but she almost seems to be drawn in such a way that any Asian American girls and women will be able to identify with her. Was this a conscious artistic choice?

No. Mari drew a girl who physically conveyed sweetness and sharpness at the same time and that is what I wanted, what we wanted. Sometimes I would say, "Mari, she looks a little too East Asian" and I'd give her some photos of my family or Amar Chitra Kathas [a line of Indian comics] to look at and we would go back and forth. At the end of the day, India is a huge country and people look different all over. I am often told that I don't really "look" Indian or that I look mixed (I'm not). But, in a certain part of Punjab, I look precisely typical! 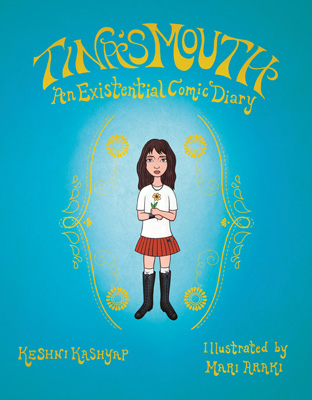 Some amusing moments stem from Tina's seeming lack of interest in any conversation that has the word "diaspora" in it. Is this an aspect of her being only 15, or could it be the next generation of Indian Americans might have less patience for that word?

I think that it is a combination of both. When I was 15, it was a different world in America — pre-9/11, pre-Obama. All I wanted was to be funny and have friends, but I was constantly asked about my culture and where to go for Indian food, what the caste system was about and whether I had read Siddhartha by Herman Hesse. I was a very socially awkward teen. So, ironically, I actually gravitated to those questions. I made them my area of expertise because they made me feel special and they gave me something to talk about.

Watching my brother grow up — who is 12 years younger than me — and my cousins, I'm not sure being "the India expert" as a way of connecting to people would really fly these days, nor are they as interested. Certainly in L.A., being Asian or Indian is hardly exotic these days. It is more a part of the dialogue of our country, I think. It doesn't mean the dialogue isn't changing and evolving, but — yes — it felt true for Tina to have less patience with the word "diaspora" than, say, her sister.

A recurring theme in the book is the way teenagers constantly adopt new personas in an attempt to figure out who they want to be. This is true of Tina too, but in terms of her values she also seems much more grounded than a lot of the kids around her. In this context, how significant is her attraction, late in the story, to the little plug-in Krishna icon?

Well, again, I guess I watched my little brother grow up and he had me and my other brother to play off of and learn from. I do think kids who are that much younger than their siblings — the way Tina is — are in some ways more grounded. In some ways not. Tina's attraction to Krishna, I think, has less to do with her adopting a new persona than owning her persona — and that is actually the arc of the book. Everyone has to adopt a persona. It's why Sartre suggested that breaking free from society is impossible — society, by its definition, makes you adopt a persona; it makes you do things that aren't necessarily authentic. The hard part is to be authentic and break the illusion of yourself. If you're not authentic, you'll end up in the hotel room of death a la No Exit!

That's perhaps making things overly intellectual, but it's the long answer to why Tina buys a plug-in Krishna.

Tina's Mouth struck this reader as a notably successful collaboration. How did you and Mari come to work together? Do you have other projects in the pipeline, either together or individually?

We met through a friend of Mari's I met randomly at Art Center of Pasadena. I walked around campus — knowing they had a good illustration program — trying to find an illustrator for my "graphic novel" (six years ago, back when it was a three-page story). He said his friend Mari had time off from school and maybe to call her. I did and fell in love with her portfolio of paintings, which mixed sadness with whimsy and absurdity in a totally unique way.

Over the years, we've developed a sort of special communication and working style. She's one of my very best friends and — this is key — we are able to sit in a room for long, long hours together and not get sick of each other! We do have another project that we're pecking away at, but it is very early right now.