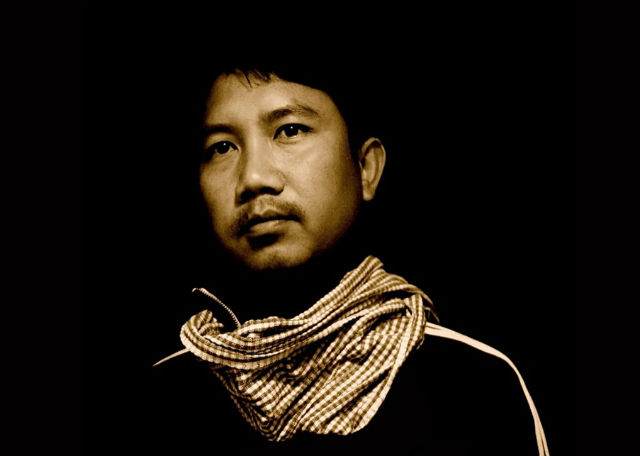 In 2000, 21-year old Khmer American rapper praCh (Prach Ly) recorded his debut album Dalama: The End'n Is Just the Beginn'n in his parents’ garage. The album combined traditional Cambodian instrumentation with hip-hop-flavored lyrics in both Khmer and English, retelling the story of Cambodia’s killing fields in 1975 through 1979, when some 1.7 million Cambodians were killed by the Khmer Rouge.

Dalama made its way to Phnom Penh and became the top-selling album in the country; it has been credited with introducing hip-hop to Cambodia and teaching history to a new generation largely uneducated about the country's genocidal past. Ahead of his April 10 appearance at Asia Society Texas Center, Ly caught up with Asia Blog via email to reflect on his journey so far.

You were born in 1979 and escaped Cambodia with your family when you were young. What do you remember from that time?

Honestly, I don't know what year or month I was born. All my parents remember is that I was born at night during monsoon season and that it was toward the end of the killing fields, months before the Khmer Rouge started to retreat back into the jungles.

My earliest memories were when we were at the refugee camps, but even that was a blur. My first real memory was on the plane — on a flight to America. When the plane's door opened, I remembered seeing tears slowly flowing down my parents’ eyes. I can still remember that moment as clear as today.

What was it like growing up in Long Beach, California?

In Long Beach, we lived in an apartment complex in the projects on 69th and Long Beach Boulevard. There were at least 30 Cambodian families, and I was raised on welfare. Our neighborhood was infested with gangs, drugs, and prostitution, and we couldn't trust the police because we were racially profiled.

Still, our parents would tell us to go out and play. I had some of the best times playing “hide and seek” and “kick the can” on the street, but we were also in danger. I remember getting caught in the middle of drive-by shootings at least a half dozen times when we lived in those apartments.

I'm also a product of the 1992 Los Angeles riots. When the riots happened, we were released early from school, and I remember getting off the bus and seeing the city burning down in flames. I remember running home while everyone was on the street looting and setting buildings on fire.

I’ve buried too many friends due to the gang epidemic and street violence. I grew up in the ghetto, but every nation, every city has a ghetto. Now that I can see things outside of that environment, I can honestly say I love Long Beach because there are so many other peaceful places and beautiful people there. It helped make me who I am today.

In 2000-2001, your debut album Dalama: The End'n Is Just the Beginn'n became the top-selling album in Cambodia. Looking back 15 years later, what was that experience like for you?

Looking back, I never imagined what I'm doing now. I just wanted to write a few stories and rap a few songs. I wrote that first album in a week and recorded it in my parent's garage using their karaoke machine. I never thought it would end up in Cambodia, let alone be the top-selling album, largely by word of mouth and massive bootlegging.

At one point, the Cambodian government banned the songs from the album from the radio because it was "too controversial.” So the people went out, bought it, and played it at home and in clubs. The government couldn't stop the people. To this day, I have not made a single penny from any of the sales in Cambodia. But I am very happy because of the impact it made.

Before my album, many schools did not talk about the killing fields. They did not talk about the U.S. bombings. They didn't want to teach it because it was "too controversial.” But when the kids started listening to the album, they started to question their teachers to a point where they had no choice but to talk about it. One of my proudest moments was when I got a letter from a teacher, who said she started teaching history without leaving things out. It’s been an amazing experience. With all the travels and people I meet, I couldn't ask for more.

What's the artistic climate in Cambodia — are there any unique challenges?

Artistically, Cambodia is on the rise — including in film, music, and the performing arts. In 2013, Rithy Panh’s The Missing Picture became the first Cambodian film to be nominated by the Academy Awards for Best Foreign Language Film.

I'm starting to see artists take more risks and push the boundaries on subject matter. But let’s remember that before they can start filming in Cambodia, they have to submit the script to the government, which still has the right to ban films from screening in Cambodia even after the scripts have been approved. But change is coming. There are now many platforms for artists and filmmakers. For the filmmakers who can't show their film in Cambodia, submit your film to the Cambodia Town Film Festival.

First, of course, is finishing my album, which will be released this year — but I can't say when just yet. Since it’s the 40th anniversary of [the beginning of] the killing fields, you can expect a dark album. We're also putting together a tour called “Power, Territory, and Rice” featuring music, film, and literature.

I’m also working on some film projects. Caylee So and I co-wrote two feature films together. The script is done, and we're now trying to get one financed before the end of the year. Caylee won a Directors Guild of America (DGA)’s award in 2012. She is an amazing storyteller.

Lastly, the 2015 Cambodia Town Film Festival (CTFF) begins in September, and this year marks the 40th anniversary of the killing fields. So it’s both heart wrenching and a monumental task for us. CTFF grows each year and even though we are only in our third year, the community relies on us to provide them with the best in art and cinema. Come join us as we remember our past, celebrate the present, and look forward to the future.

A special thank you to Rose Rogeau, Senior Director of Communications at Asia Society Texas Center, for her assistance with this article.