Interview: Richard Brubaker on Why Apple's Problems Go Beyond Foxconn 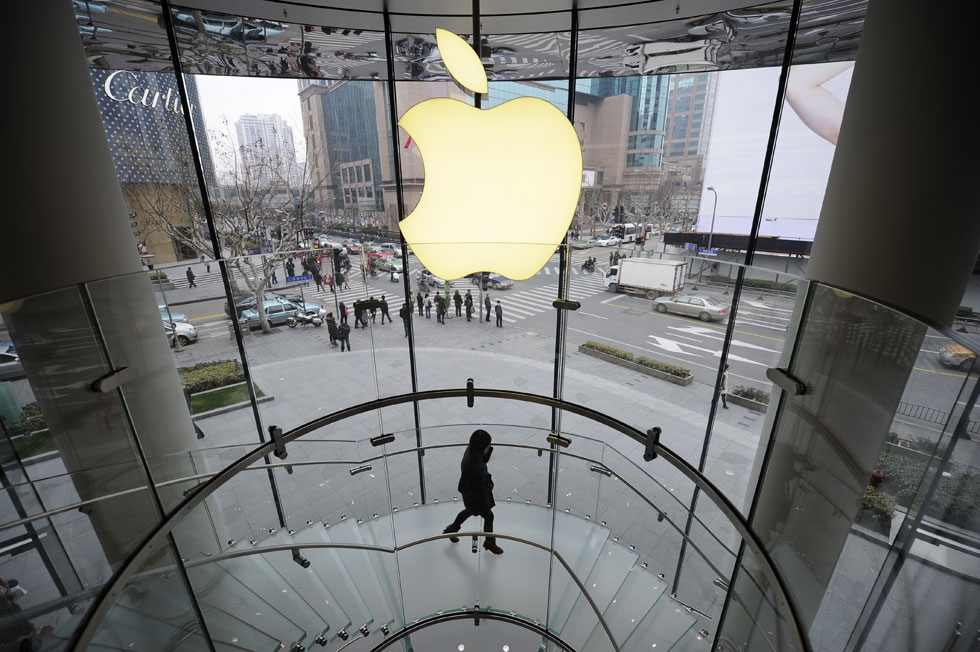 Work conditions at Foxconn, an Apple supplier in China, have reignited a debate about labor regulations in the country. After a New York Times expose on the Shenzhen-based factory, more U.S. media focused on the on the issue, calling for a response from Apple executives.

According to the FLA, conditions are actually much better at Foxconn compared to other factories, such as textile mills, in China. How would you say the working conditions in tech companies compare to those of other factory jobs in China?

Comparing the conditions of Apple suppliers to those of textile mills is comparing Apples to cars. The labor practices of both industries have always been different, as the products are different, the equipment is different, and the margins are different. He might as well have compared Foxconn to a coal mine. 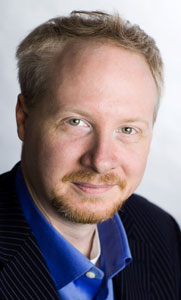 There has been a lot of focus on Apple's relationship with Foxconn. But other tech companies also use Foxconn, correct?

Were it only Foxconn, then the questions of Apple being no better than others in their industry would be valid. However, as there have been two iPad factory explosions and it was on the iTouch line of Wintek where 140 employees were hospitalized. It is important to understand that the problems are far bigger than Foxconn and are specific to the Apple supplier set.

So for me the distraction is the focus on Foxconn, not Apple, and if there is to be any real reform at all, it wil require everyone to refocus their efforts towards Apple's entire supplier set. If it only remains Foxconn, as we have seen with the recent FLA work, then there will be no real reform.

Apple does seem to be the focus of a lot of media attention.

Media focus on Apple is a result of three things:

1. Apple is behind (they are only now investing in third-party audits and building supplier inspections teams), the problems are specific to Apple (iPad factory explosions and Wintek poisoning), and Apple is defiant (always saying they hold the “highest standards”).

2. Apple's model. Unlike Nokia, Motorola and others, Apple is 100 percent outsourced, so they are going to naturally be exposed to more issues.

3. Apple is the largest technology company in the world, with the strongest brand recognition, and makes a billion USD a week in profit.

To be clear, the issues of Foxconn and the issues of Apple are actually quite separate, but it is the media and Apple who are tying them together. The media, before the New York Times piece, did this because they did not understand the full breadth of the issues and had not researched the problems beyond Foxconn. Apple does this because the more that they can maintain stakeholder focus on Foxconn, the easier it will be to say that this is not just their problem (i.e., it’s the industry), but that they are working hard to fix the problems (i.e., two weeks of FLA inspections at Foxconn).

In essence, by focusing on Foxconn and admitting there are problems at Foxconn, Apple is able to protect themselves. Were this story about their entire supplier network, or about the wider abuses that occur at suppliers specific to Apple (i.e., don’t source to industry), then Apple would have a far bigger PR/operations problem to solve.

Chinese labor laws are much different compared to those in other countries like the United States. To what extent is this the tech brand's problem to solve? Where does Apple's responsibility end and the Chinese government's responsibility begin?

In answering this question, you need to consider the following:

Legally, Apple is not (under U.S. or Chinese law) directly responsible for the conditions that exist at a supplier's site. Apple and its supporters are correct in saying that in the strictest legal sense they are not responsible. However, and this is where it gets more complicated, just because Apple is not "responsible" does not mean that it cannot be held responsible legally.

Using the Wintek case as one example, or perhaps the more recent Foxconn iPad factory explosion: If it could be proven that Apple had known that the conditions were unsafe and did not act, then there is room for legal responsibility to enter. Which is why Wintek looked to Apple for compensation, and why Apple did engage those affected. Even though no settlement has been reached.

Second to that, and separate from the concerns of labor, where Apple’s legal liability (and general risk) is increasing is in the impact of these failures. At present, Apple maintains that it cannot meet market demands for its products because demand is too high. However, with two iPad factory explosions and the closure of Catcher impacting the production capacity of Apple, even though these are supplier issues, Apple’s investors may (now or sometime in the future) find that the continued failures of Apple suppliers are actually a failure of Apple to act in their best interests. This would become particularly true were there to be a major supply chain failure (Chinese government shuts down Foxconn) or were there to be a consumer boycott (In China or the U.S.).

China has one of the largest workforces in the world. How should that imapct reform?

This is a question/problem that has always been posed with respect to firms who are investing in developing nations, and it is a valid debate. However, in the context of Apple, what is important to remember is not that some jobs are better than others, but that Apple's suppliers are not complying with Chinese labor laws.

That, regardless of whether or not a laborer can make more in the factory than on the farm, the workers who are employed have been given protections and rights under the laws of China that are not being honored by the suppliers that Apple has chosen to produce their goods.

And for a number of years Apple has known that these conditions exist within their supply chain and have not acted (strongly enough).

Looking to the future, how long do you think reform will take? How will it look different from what American watchdog organizations expect?

This is a process that will likely take years. Apple is clearly still working to understand the full scope and breadth of the issues that exist, and once known, it will take time and resources to make the necessary changes. Some suppliers will have to enter a process where their practices are improved, while others may find their business with Apple (and others) comes under review altogether.

Second to your question above, I think it is also important to understand whether or not Apple will be able to meet the expectations of Chinese organizations as well. Organizations like Ma Jun’s IPE and the HK organization SACM, who have been effectively gathering information and applying pressure on Apple through the media.

Given that the Apple brand is highly respected for its design, quality and innovation in China, does any segment of the Chinese public care about the working conditions under which Apple products are produced?

There is a sense of apathy that exists where consumers are not (as) interested, but as we saw during the period of time where a number of Foxconn workers committed suicide, a healthy discussion is beginning to occurr in China about labor practices, the responsibilities of brands, and Apple was at the center of this discussion.

However, it has yet to turn consumers away from Apple products, so clearly the tipping point has not been reached, but the risk of consumer action is certainly increasing. Which should be a concern to Apple given China is now their second largest market, and they are preparing to launch another 20 Apple stores in the Greater China area.

One area of the Chinese population that is showing more interest though is the government itself, who are certainly more willing to hold Western firms to a higher bar. Examples of this would be the closure of 12 Walmart stores in Chongqing following a consumer pricing scandal, as well as the closure of Catcher, Jingko Solar, and JCI for environmental emissions.

Do they look to U.S. companies for leadership in this area?

With regard to U.S. leadership, or Western leadership in general, this was certainly true five to 10 years ago, but my feeling is that fewer and fewer Chinese consumers look to U.S. or Western firms to provide leadership in the area anymore.

How do you think this kind of consumer apathy can be turned around in China?

At this point, it will take a shock to the system. The Wintek incident, where 140 workers were hospitalized, resulted in a lot of discussion, as did the suicides at Foxconn, so it will be something similar. Perhaps, like Carrefour in 2008, it will be something nationalistic, or it could be something that is purely based in a Yue Yue type questioning of values.

How it will happen — social media most likely, and even with the recent restrictions coming online, if a campaign against Apple (or Foxconn) were to take place, I would not see any reason for online censors to inhibit the conversation/anger. But any attempt at a U.S.-style boycott (protestors in front of Apple stores) I do not think would be allowed.

Should users of Apple products feel complicit here? Is there anything consumers can do to help bring about change?

This is the toughest. There are in fact two consumers that need to be considered here.

1. The U.S. (Western) consumers who have been Apple’s core market, and who are generally the focus of Western media when it comes to the controversy (i.e. will American consumers boycott Apple) … to date, the jury is still out with regard to the likelihood of action. Apple has very strong brand position with U.S. consumers, and to date the problems that exist are not Apple’s “responsibility." Foxconn is to blame. And that has been enough so far. Although the recent New York Times piece certainly catalyzed discussions in the media about those claims, and if Apple does not address the concerns quickly, the media may have the ability to move more consumers to act.

2. The Chinese consumers, who five years ago were classified as “other income” along with the rest of Asia, but are now Apple’s No. 2 market. This consumer segment is very different than Western consumers in that the failures that are occurring are occurring to "their people." That, while Apple builds out their 25 stores and entices investors with “the future of China,” it is also employing suppliers who are exploiting (sometimes injuring/ killing Chinese). Which leads me to believe, whether Apple is “responsible” or not, Chinese consumers are far more likely to hold Apple (through Foxconn, or separately) accountable.

What can consumers do? They can buy competitive products (Samsung Galaxy … no Galaxy factories blew up last year), they can sign petitions, they can send emails (to Apple), or they can protest at stores (like in HK). Each one of course has different impacts, and requires a different level of investment by the consumer, but each is available. That being said, for there to be a direct change in Apple, by Apple, there would need to be a real collective effort.

So far, even with all the press this has not happened — but as we saw with Nike in 1997, it can happen fast.