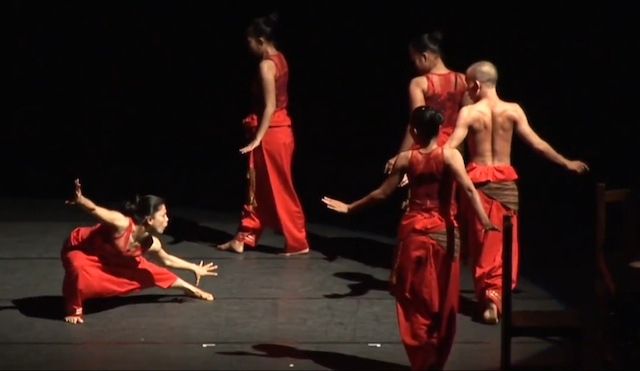 Nan Jombang is an exciting dance company based in Indonesia that will be performing at Asia Society New York on October 6. Their choreography draws on a combination of martial arts, contemporary movement and spiritual traditions to create a style that is both dynamic and elegant.

The troupe's New York appearance is one half of a special "Week of Indonesia" at Asia Society, and is also part of a larger American tour sponsored by the U.S. State Department's Center Stage initiative aimed at bringing international performing artists to the United States.

Prior to Nan Jombang's Washington, D.C. performances this Saturday and Monday, Asia Society's Director of Global Performing Arts and Special Cultural Initiatives Rachel Cooper spoke to D.C.'s Express Night Out about the company and the piece it's performing on this tour.

Is Nan Jombang contemporary in the Western sense?
We're not talking about a Martha Graham version [of dance]. A vital contemporary dance culture has been part of Indonesia since the 1950s; it's connected to the rest of the world but is its own thing.

Where does Ery Mefri [Nan Jombang's founder/artistic director] get his ideas?
One key component is the martial art pencak, which is quite beautiful, and also randai, a theater form. But Ery Mefri is pushing the envelope in ways we here might not fully appreciate.

What's the piece he'll be showing this weekend, "Rantau Berbisik (Whisperings of Exile)," about?
In West Sumatra [where Nan Jombang is from], men leave their village to make their way in the world and later return. Sometimes people don't come back, and the piece is about how important it is that they do return. Ery is really committed to his culture. He is not someone who left.