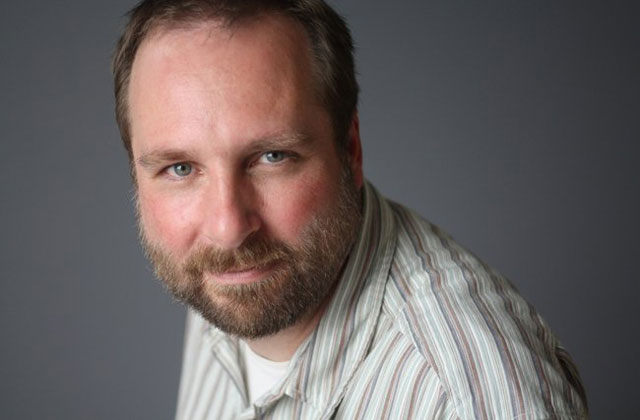 One of the most important awards a book about the past can win is the Cundill Prize in History given by McGill University, and news recently broke that this year's winner is UMass-Amherst China specialist Stephen R. Platt, for his Autumn in the Heavenly Kingdom: China, the West, and the Epic Story of the Taiping Civil War, which was published in hard cover early this year and is about to come out in a paperback edition. It's a book I know well, having reviewed it for the Wall Street Journal, where I described it as an "impressive, gracefully written" account of a major event in Chinese history and noted the care that Platt takes to place this mid-19th-century conflict into a robustly international perspective.

I recently caught up with Platt, who contributed an essay to the Asia Society's new ChinaFile project and can be seen talking about his prize-winning book in a video created for that site, and asked him a few questions via email. I began by asking him about the Taiping, but knowing of his interest in exploring connections between history and current affairs, which fits in well with his status as a one-time fellow in the laudable Public Intellectuals Program of the National Committee on United States-China Relations, I couldn't resist ending by inviting him to weigh in on a recent debate that deals with contemporary Chinese politics.

First off, congratulations on the prize. As you know, yours is a book I admire on a topic close to my heart (my undergraduate thesis was on the Taiping). For readers unfamiliar with the period and events that are your focus, what are three things that are crucial to know about the insurrection and civil war that you trace in Autumn in the Heavenly Kingdom?

Thanks, Jeff. If nothing else, readers unfamiliar with the period should be aware that the Taiping Rebellion was probably the largest civil war in human history and very nearly brought the Qing dynasty to its end 50 years earlier than the 1911 Revolution. Also important is that the Taiping Rebellion was the single most important prototype of revolution in modern China, a touchstone for all who came after — both Sun Yatsen and Mao Zedong in different ways saw themselves as finishing the work the Taiping had started, and (on the other side) Chiang Kai-shek used the writings of Zeng Guofan, the general who suppressed the Taiping, as a textbook for training cadets at the Whampoa military academy. It is also important to know that foreigners — especially British and French, but also Americans — played a crucial role in tipping the balance of the war in favor of the Qing dynasty; without their intervention the Taiping might have won.

What do you see as the main things that set your book off from previous analyses of the subject? And do you see your study as having a particularly close kinship with any past work on the topic or fitting in with any current trend in revisiting the events of the middle of the 19th century?

The closest kinship to a work in the past is probably to Jonathan Spence’s God’s Chinese Son, which is one of my very favorite works of history and one of the reasons I became a historian in the first place. In my own research on the Taiping I tried to steer clear of Spence’s main subjects in that book — by consequence I say very little about the most famous Taiping leader, Hong Xiuquan, the rebel religion, which had ties to Christianity, or the origins of the uprising. Instead I tried to cast my net elsewhere, to write more of a military history of the war, to focus more on the imperial side — especially the towering figure of Zeng Guofan — and to examine the rebellion in its broader global context in order to see how its impact was felt abroad as well as to see how events in other parts of the world, such as the outbreak of the US Civil War, helped influence the outcome of events in China.

In terms of current scholarship, it is wonderful to see a revival of interest in the Taiping era underway. Much was written on the subject in the 1970s, leading to a notion that the Taiping had been “done” — which is, of course, silly if you think about how many good works of history come out every year about, say, the U.S. Civil War. Surely the field of Chinese history can withstand more than one book every five or 10 years on major events like the Taiping Rebellion or the 1911 Revolution. For an era of such richness and importance as the Taiping, I can’t imagine there could ever be a truly definitive work — there will always be another angle to be explored, another batch of sources to be uncovered, another set of prejudices and assumptions to be questioned. Witness Johns Hopkins historian Tobie Meyer-Fong’s fascinating new book, which will be out this spring. She’s delved deeply into previously unread memoirs and local histories to examine on a close personal level how ordinary people endured life amidst such horrific violence, and how they made sense of it once it was over. The questions she asks about the Taiping era aren’t questions that have been asked before.

Finally, as someone deeply immersed in the Qing era, what are your thoughts on the debate that has recently broken out, on the op-ed pages of the New York Times and in the Economist and also at ChinaFile, on the issue of just how "meritocratic" Chinese structures used to pick leaders have been in the past and are today?

Well, you couldn’t really ask for a better poster child for the exam system than Zeng Guofan. He came from a family with no significant scholarly background — his father was the first in the family to attempt the exams and only managed to pass the one at the district level after failing it sixteen times. And yet, due to his innate brilliance and discipline, Zeng went on to pass every level of the examinations with flying colors, gained an appointment in the famed Hanlin academy and a succession of lofty titles, and finally went on to save the empire. The Qing dynasty was indeed fortunate that the exam system had selected him from obscurity — even though his military leadership, which was his real contribution, was not something the examiners were testing for.

On the other hand, Hong Xiuquan was something of a poster child in his own right, at least in his youth. Hailing from a poor Hakka family, he was evidence that even a child of poverty could compete in the exam system if he was talented enough. The rich had obvious advantages, but Hong’s wider clan combined its resources to make it possible for him to focus on his studies, and some of his tutors taught him for free because they thought he was so brilliant they’d be rewarded after he became an official. His very presence in the Canton examination hall represented one of the great ideals of the exam system, that talent would find its way through regardless of economic obstacles. Of course, he then went on to fail, miserably, and wound up mounting a rebellion that helped cause the deaths of 20 or 30 million people and nearly destroyed the dynasty. Considering that he had spent the first few decades of his life trying in vain to become a humble servant of that same dynasty, one wonders how well the government was served by its exam system in this instance.

Most of the candidates who failed, of course, did not try to overthrow the dynasty. But on the other hand, most of those who succeeded were not like Zeng Guofan. There were legions of corrupt and incompetent officials in the late Qing, and most of them — at least those who hadn’t purchased their rank — had passed the exams themselves and been marked as “meritorious” at some point. So the kind of merit the exams tested for didn’t always match well with the kind of merit government service demanded. It was far from being a perfect system. But few, if any, are, and in its ideals and genuine efforts toward impartiality there are good reasons China’s exam system was admired in the West.

As far as the current debate in the English-language media, it’s one thing to talk about the old exam system and something else entirely to talk about the current process of selecting China’s leaders. The analogies are rather remote and based more on abstract ideals than any actual similarity between the two systems. And for all of the talk of this being a “debate,” the side that holds that the CCP are practitioners of meritocracy, while quite vocal, is rather small in number. In its most abstract form, sure — who doesn’t think a country’s officials should be appointed on the basis of merit? It’s when you get into the questions of What do you mean by merit? and How do you identify it? that things break down. In any case, current research by Victor Shih and other political scientists, cited in Edward Wong’s recent New York Times story on family ties and hobnobbing, seems to have put paid to the notion that positions of power in the CCP are being handed out on the basis of objective merit rather than patronage and schmoozing.