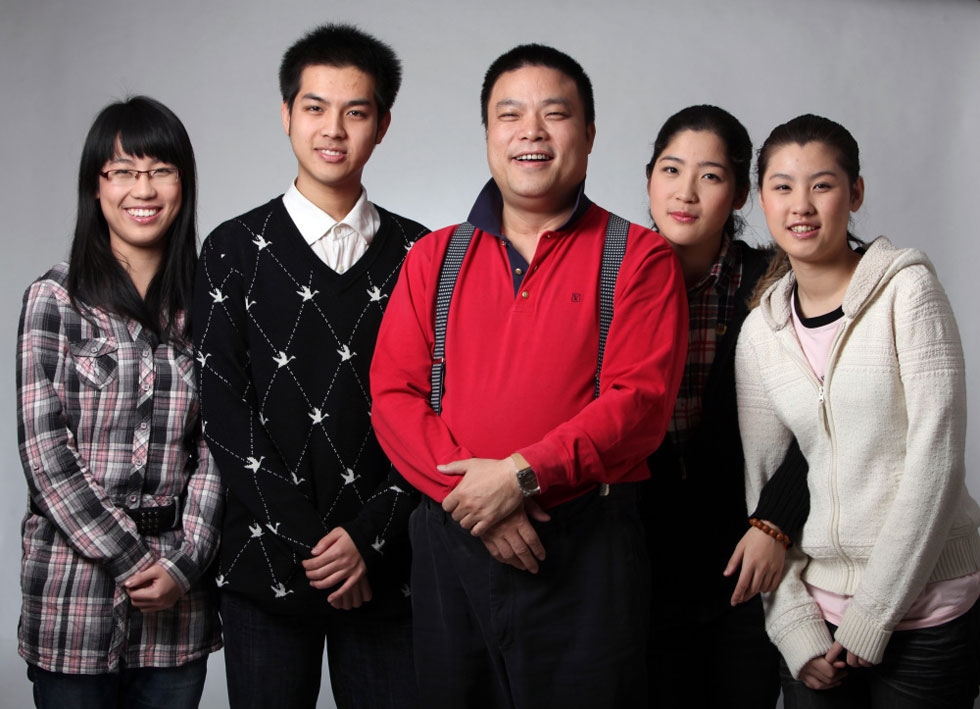 A 47-year-old father of four known as "Wolf Dad" is causing a stir in China for parenting practices that that make "Tiger Mom" Amy Chua [photo] look like Mary Poppins.

Xiao Baiyou, who is from Hong Kong but lives in Guangzhou, wrote a book entitled Beat Them Into Peking University and boasts how he used violence to train his children. "From 3 to 12, kids are mainly animals," he told NPR's Beijing correspondent Louisa Lim [Twitter], who filed a report on Wolf Dad yesterday. You can listen to the audio version embedded at the end of this post.

"I have more than a thousand rules: specific detailed rules about how to hold your chopsticks and your bowl, how to pick up food, how to hold a cup, how to sleep, how to cover yourself with a quilt," Xiao told Lim. "If you don't follow the rules, then I must beat you."

Two of Xiao's children were born in Hong Kong. The other two were born in the United States. (Because he is from Hong Kong, Xiao does not need to abide by China's one-child policy.)

Last night, we caught up with Lim by email and asked her about her first-person encounter with the man they call Wolf Dad.

As a mother yourself, how did you feel about meeting Wolf Dad in person?

As a journalist, I always try to keep an open mind when I’m interviewing people. But with Wolf Dad Xiao Baiyou, it is difficult to find his childrearing practices as anything other than cruel. There were several times in our interview where I had to repeat what he’d just said because I thought that I must have misheard him or misunderstood. For example, he’d drawn up more than a thousand rules that his kids had to follow to avoid a beating, yet none of these rules were written down.   They included how to eat, how to hold chopsticks, how to sleep, how to stand up properly and how to walk.  He even said that if one of his kids were sleeping in the wrong position at night, he wouldn’t wake the child up at night, but would wait until the morning to give them a beating with a feather duster. I found his descriptions of how he started hitting his kids when they got to the age of three very distressing. This was compounded by as the obvious pride he feels in his system of childrearing, which to many must seem like little more than codified child abuse. 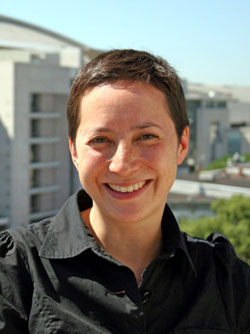 In person, Xiao’s a true extrovert, very chatty and cheerful. He’s extremely proud of his kids, who now range in age from 22 to 16, and showed off their artwork. But he has absolutely no self-doubt about whether the type of approach he’d used was right, or if any other childrearing methods might be as effective.  When challenged on questions of violence and morality, he refused to admit his methods were violent in any way. During the interview, he said several times, “I’m a father with zero faults” and “I’m the best father in the whole world.”

Is corporal punishment common in China? What do average Chinese feel about Wolf Dad's parenting practices? Is there concern for the mental well-being of his children?

In my anecdotal experience, corporal punishment is very common in China. Almost all of my friends in their thirties and forties were beaten by their parents, sometimes quite violently. Nowadays most urban Chinese parents only have one child, so one might expect corporal punishment to decline. But surveys don’t seem to bear this out. One report by the Guangdong Women’s Federation actually found that three out of four children were the subject of domestic violence once or more in the year preceding the report. Almost all of the parents interviewed admitting to beating their kids.

As for Xiao Baiyou, a survey on Sina of more than 5,000 people found that only 8 percent supported his practices, while 70 percent of respondents were against, believing that such methods would lead to children who lack independence.  22 percent were unsure, saying these things should be taken on a case-by-case basis.

Do you think Wolf Dad's 15 minutes of fame is nearly up? Or is there a market for personalities such as his in China?

Distasteful though his practices might be, the print run of his book is 120,000 and it’s sold very well. He’s also been very effective at marketing himself, with many provincial television stations featuring reports about him. I hear there’s even a reality television show, where three children were sent to live with him and the results were filmed. They apparently were with him for 23 and a half hours, though we don’t yet know how many times they were beaten during that period. But it’s worth pointing out that Wolf Dad’s book has brought the debate about corporal punishment out into the open in China, which must be a good thing.

Are Wolf Dad and Tiger Mom a recent phenomenon or symptomatic of age-old societal practices?

There’s nothing new in the type of practice, though I would shy away from labeling Wolf Dad as a “traditional Chinese father”, as he likes to brand himself. Both Wolf Dad and Tiger Mom been helped by their catchy labels, and the fullcourt press of the marketing machine — the television chatshows, internet hype and newspaper interviews — that have accompanied their books. Maybe the fascination in their methods also reflects a move away from the whole model of parenting by boosting your kids’ self esteem and praising their every scribble. There seems to be more debate recently, both in China and in the West, about whether this has now gone too far, and whether it’s time to re-emphasise values like hard work, discipline and respect for authority.