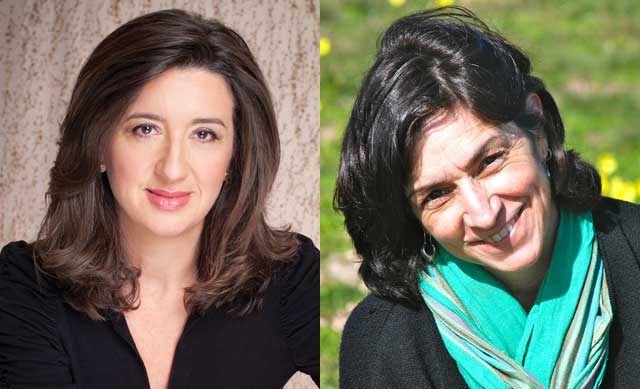 More than three decades after the Iranian Revolution and the ensuing diaspora, Iranian American writing is ready to take its place at the literary table. This is the case Anita Amirrezvani and Persis Karim make in their new anthology Tremors: New Fiction by Iranian American Writers (University of Arkansas Press), which collects the work of 27 authors and offers a bracing counter-narrative to mainstream representations of Iran and Iranian Americans.

This Wednesday, December 4, Amirrezvani and Karim will be joined by fellow writers Salar Abdoh and Dalia Sofer and moderator Nahid Mozaffari for a panel discussion on the new anthology at Asia Society New York. Amirrezvani will also discuss, read from and sign her latest historical novel Equal of the Sun (Scribner), a tale of political intrigue in the 16th-century Persian court.

(For those who can't attend in person, Wednesday's panel will be a free live webcast on AsiaSociety.org/Live at 6:30 pm ET. Online viewers are encouraged to submit questions to moderator@asiasociety.org or via Twitter or Facebook using the hashtag #askasia.)

For a preview of the Asia Society New York panel discussion, Amirrezvani and Karim answered Asia Blog's questions regarding Tremors, and the status of Iranian American writers, via email.

Do Iranian American writers define their writing by the linguistic choice of writing in English?

All the writers in our anthology, Tremors, write in English, but language represents only one aspect of their writing. Remember, many Iranian American writers who identify with this label have been born, educated or spent significant parts of their life in North America, and so, choosing to write in English is a natural choice.

Most of the writing in Tremors is either about Iranian characters' experiences in Iran or in the United States, and much of it deals with the complicated history of the last few decades, including the Iranian Revolution, the tense relations between the U.S. and Iran that began after the 1979 hostage crisis and has continued for the past three decades. But these are ultimately human stories — and we believe that this is part of what is missing from the barrage of media headlines that employ the hostile rhetoric of governments.

But we also believe that writers of Iranian heritage would choose to do completely different things — to roam back through Iranian history or mythology for inspiration; or conversely, to choose not to write about Iran at all. In the last section of Tremors, for example, we collect work by Iranian American writers that is set, for example, in a Cambodian refugee camp or on a Native American reservation. This work is inspired by the "otherness" of being Iranian American, which may make some writers especially sensitive to exploring other cultures and the contours of "difference."

Do any of these writers move between languages, and get published in both English and Persian?

Some Iranian American authors are sufficiently bilingual to be published in both languages, but publishing in Iran is a challenge for several reasons — not the least of which is censorship. Omid Fallahazad, the author of “Sabzeh,” published his work in Persian before moving to the United States and began to write in English more than 10 years ago. Fallahazad's story explores a Bahai family's experience of persecution and flight from Iran — certainly not something likely to be published inside of Iran.

Other writers, like poet Sholeh Wolpe, use their Persian in the work of translating from Persian to English; currently, she's working on a project in collaboration with the University of Iowa International Writing program to translate Walt Whitman into Persian. Still others, born and raised in the United States, feel most comfortable writing in English. Ari Siletz, who is equally comfortable in both languages, has made the argument that Iranians in the United States are in the process of developing a unique version of Persian — that takes its sensibilities and linguistic cues from the act of moving between cultures and languages.

Absolutely! New York city-based writer Salar Abdoh is a good example of someone who is pushing into multiple genres. He has published two thrillers, The Poet's Game and Opium. He has also just edited a forthcoming anthology called Tehran Noir. In our view, 34 years after the Iranian Revolution and the resulting diaspora, a critical mass of Iranian American fiction writers has now emerged and is beginning to claim a space on the American literary scene. This collection is part of the evolution and maturing of a new ethnic literature that will surely expand to encompass even more diversity of genres and experimentation in the future. We're thrilled to see so many Iranian American voices published today.

Is there any possibility that Tremors, or at least some of the stories in it, can be translated into Persian and published in Iran?

The trade sanctions on Iran have made it impossible for anyone to do business with Iran — and that includes American agents or publishers who might want to make book deals with Iranian publishers. Given the recent thaw in relations signified by the P5+1 nuclear deal, we are hopeful that more cultural exchange, including publishing and translation, will be possible. Literature, arts, culture — those are our best diplomats.

We haven't investigated translating the stories in Tremors into Persian; usually, this is a task initiated by foreign publishers. Some of the stories could certainly be translated and published in literary magazines if someone was interested. Other stories, however, contain challenging political or sexual content that would make it unlikely for them to find an Iranian publisher under current conditions of censorship. 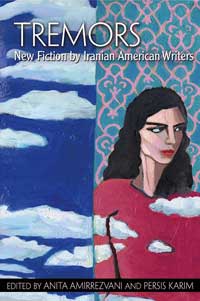 Do you think that Iranian American writers have a special responsibility in representing Iran and Iranians in today’s political climate, since their voices are the ones primarily being heard outside Iran?

It is both the job of writers and readers to look deeper and think more critically about what and how Iran and Iranians and Iranian Americans are portrayed. Literature is still one of the most powerful tools to affect the representations of Iran and Iranians worldwide. Indeed, Iranians are still dealing with some really enduring stereotypes about what the place of Iran is and what the culture of Iran is. Iranian writers are encountering an audience that doesn't have any opening into Iran's history, politics, or culture other than this diet of media headlines, which makes it really hard to come into that conversation.

One of the authors in Tremors told us about an experience she had of shopping her novel around for nearly five years. Because it is about a relationship between a mother and daughter, and there's a very positive relationship between the daughter and her father and the father is a very loving, doting father, the publisher suggested she change the representation of the father. They essentially told the author that the father was "too loving" and that she needed to make him more stern and punitive towards his daughter, maybe "have him beat up his wife." This suggests that publishers are afraid to assert a different vision of Iran because it doesn't sell against the repetitive and negative stereotyping, particularly, of Muslim men.

On the other hand, Iranians themselves have been afraid to write about painful episodes in their lives, in their histories, in ways that aren't just feeding the stereotypes of the West, or feeding the interests of a publishing house, but that is also self-critical and self-analytical. Really good writing doesn't let anybody off the hook. It would be too simplistic to say it's all the fault of publishers or it's all the fault of the American media. There is a kind of dance that's being played out here. Perhaps Iranians who are writing and trying to get their work published have had to deal with a lot of "Iran fatigue." It's very difficult to get people to recognize that, even if you're telling a story that might be familiar, there are, after all, many ways to tell a story.

What do you see as the main change in the content of writing by Iranian American authors within the three decades since the Islamic revolution?

Many of the stories in Tremors are less constrained by the need to correct misrepresentations of Iranians in mainstream U.S. culture and yet, there is still a representational morass into which Iranian Americans are wading into as writers. Some of the strategies and approaches of writers have really expanded to show a more critical, self-reflective literature — one that moves beyond feeling victimized, alienated, or unheard. In Tremors, for example, Mehdi Tavana Okasi's story, "Other Mothers, Other Sons" is from the point of view of a kid who comes to the United States with his mother, a single mom. The boy's mother seeks out other Iranians and things go badly. Okasi basically blows open the ethnic nationalist myth that just because you're Iranian, and just because you speak Persian and came from the same place, that you have the same experiences or interests. So he rejects the idea that solidarity is automatically defined through shared national or ethnic allegiances. He shows the disappointment that this kid has both with his mother and with the people his mother chooses to help raise him; he critiques the idea that "we're all Iranian" and therefore "we have to stick together."

Another strategy is for people to talk about their historical disappointments. The two stories that come to mind are the excerpt from Sky of Red Poppies by Zohreh Ghahremani and Maryam Mortaz's "Balcony of Desire." The first takes place during the period of the Shah when SAVAK is intervening in schools and interrogating people, torturing them, and this young girl becomes politically awakened to the ugliness. And then Maryam Mortaz's story, which is set just after the revolution, is about the way the school becomes a site of rearticulating Iranian national identity through Islamic ideals. Both of these stories are critiques of Iranian history, censorship, and surveillance. These authors show that people want to confront that history rather than just forget it or sweep it under the rug. This is brave and important because it involves self-reflection.

Whereas the U.S. media is still focused on a very singular and negative view of Iran and the government, (and there are many who are ramping it up, especially after the recently-brokered deal) writers are investigating and representing the complex, human story. We need to listen to artists and writers, we really do. We hope people will use this collection as an entry point into reading, and asking more questions.

Anne Kirkup and Bahar Tabaei contributed questions to this interview.