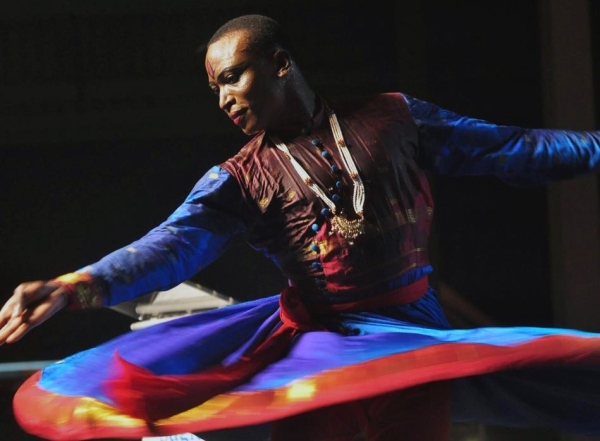 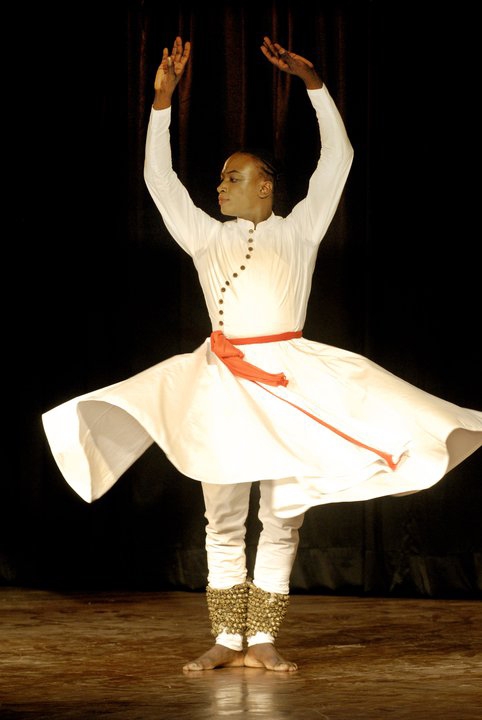 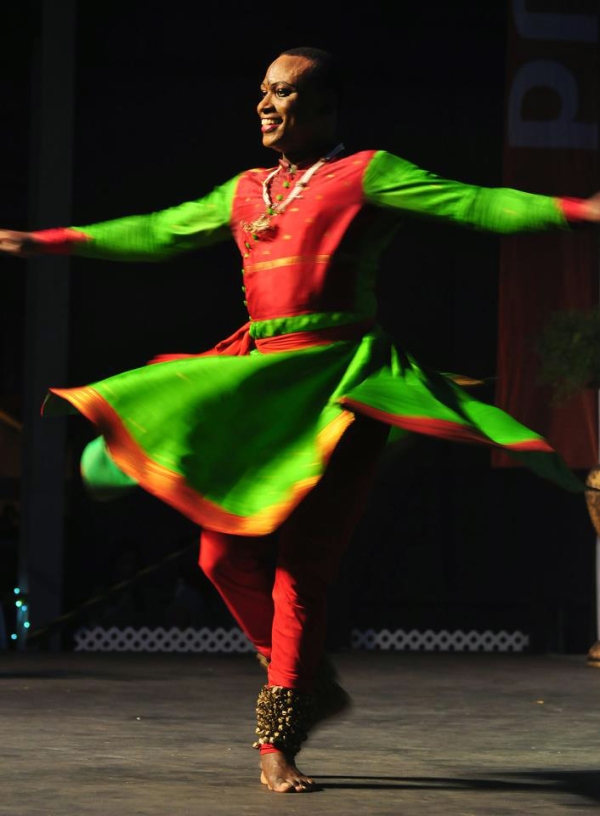 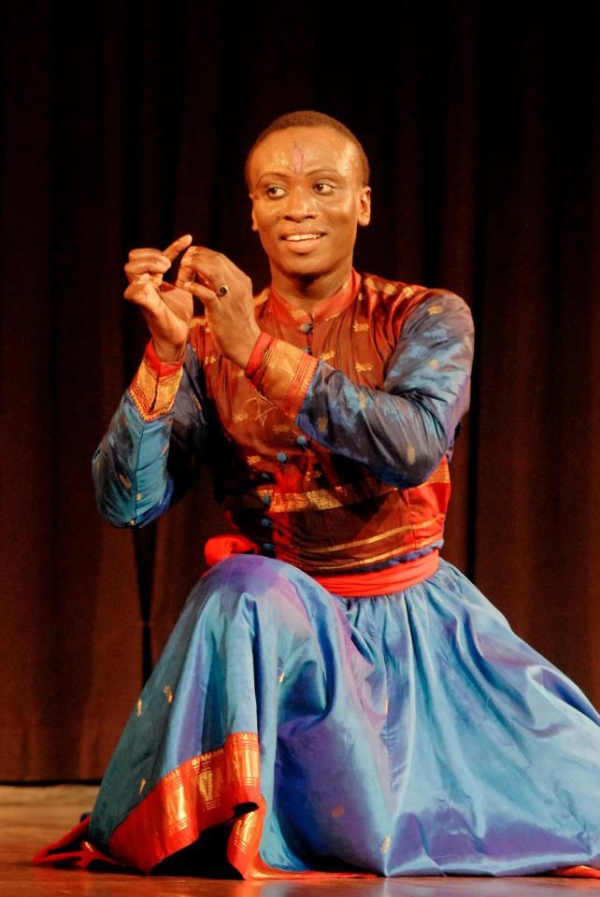 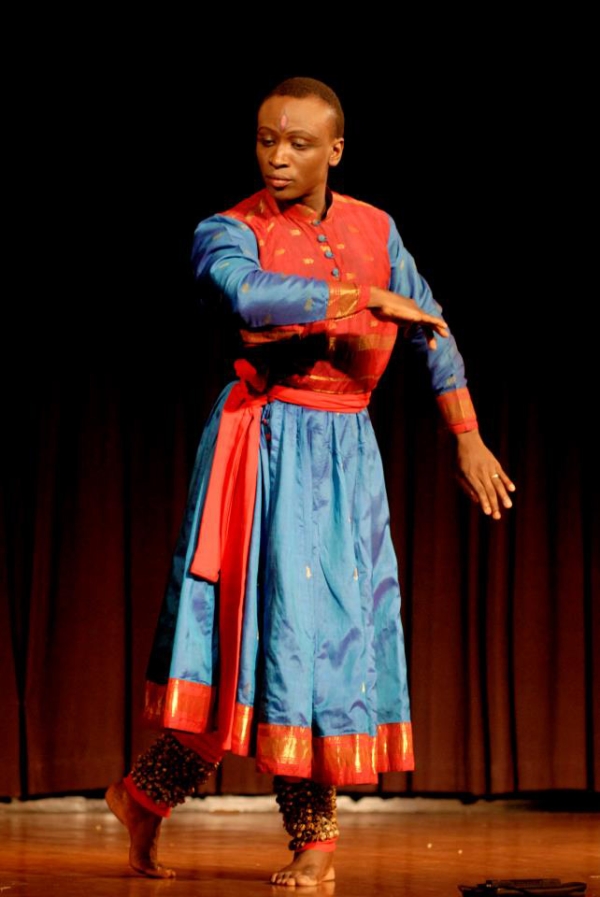 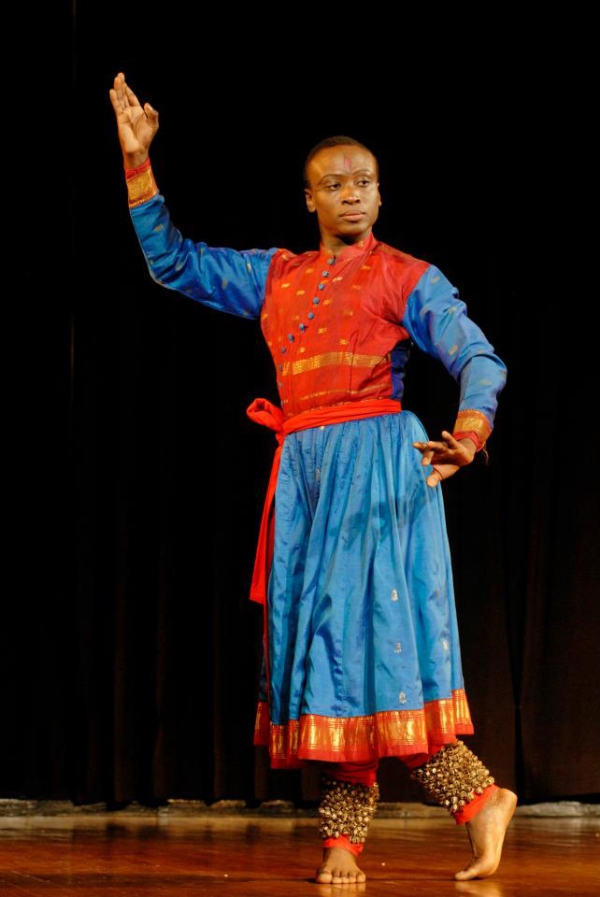 They say art has no boundaries, and in the case of Quincy Kendell Charles, the saying couldn't be more apt.

A native of Trinidad, Charles was only 15 years old when he first discovered Kathak, a popular Indian classical dance form, while watching a television program in Trinidad. The young, graceful Kathak dancer on screen, Charles says, was "performing a very technically rich" dance "with a lot of footwork." He was captivated. He needed to learn more about this fascinating form of dance where both the dancer and the musician were in complete "unison."

I heard about Charles's unusual story this month in July, on BBC Outlook, a live show broadcast on BBC Radio that features extraordinary stories of extraordinary individuals across the world. Charles's story is a unique and fascinating one: he has studied mathematics at the undergraduate level in university, worked as a banker in England, but then decided he needed to move to New Delhi, India, in 2008, to pursue his true calling: Kathak.

"I'd always noticed that I was very much at home with rhythm," Charles told me this month in an interview via Skype. Currently living in New Delhi, teaching Kathak and learning Sanskrit (in addition to refining his Hindi), Charles spoke about his journey (both personal and professional) so far, the low points of his career, and his dream of performing in a Bollywood movie one day.

How did your family react when you told them you wanted to pursue Kathak?

Well, at first they thought it was a bit strange. Because no one in my family had ever ventured off into something like this. And though Trinidad is very mixed — a land of cultures and so on, it was unusual for someone to take it up with such seriousness. Even at that time, I knew that it didn't matter where I ended up, what I was doing; Kathak was going to be a part of my life. I was very clear about that in the beginning because the more I learned, the more I loved and enjoyed Kathak.

You then went abroad to England to study mathematics…

That's right. Actually my mother lives in London, so I moved there after my schooling and did my BSc in Mathematics at the University of Kent.

…and then you started working as a banker...

Yes. I started working for an American credit card banking company just after I left university. I really didn't enjoy it and wasn't sure if that was how I wanted to spend the next 40-odd years of my life.

So was the pull always there, towards Kathak, towards dance and performance?

Always. Always. In fact, when I was in university, my guru at the time scared me by saying that if I went away to university I'd lose my dance. So that made me even more determined to practice Kathak a minimum of two hours a day.

At one point during your interview on BBC Outlook you said that when you moved to India, you felt like an outsider. Do you still feel that way, or do you think Kathak connects you with the soil, with the people in India?

Certainly. Actually, my great-grandmother was an Indian woman. I do have some Indian blood in me, but like I said you know, when I moved here I noticed people did stare. But I've developed a thick skin, and really, for me the focus is on my work and establishing my name as an authority on Kathak in this part of the world. That's really important. I think if I'm going to represent Trinidad, India or Kathak, the people in this region of the world (and I include Pakistan), my vision is to move forward and help young people seek value in the richness of Kathak.

Tell me about your Kathak teachers in India. How grueling has the process been?

Actually, when I came to Delhi I had about 13-14 years of training [in Kathak] behind me, so, it wasn't difficult for me to adapt.

What does Kathak mean to you? Is it a way of life…what does it signify for you?

It definitely is a way of life. I really can't separate Quincy from the Kathak dancer. Kathak is very much a part of me. When I went to university, I was very clear that I would have a normal university experience — I would have normal friends, normal relationships, etc. But I knew that in due time I would like to completely immerse myself in Kathak, yet at the same time, not cut myself off from the realities of the real world.

When you dance, do you have an out-of-body experience? What's going through your mind when you're dancing?

I've had several experiences, but it doesn't happen every time. When I have a performance, particularly with live music, I have noticed on several occasions I become aware of my surroundings only after my performance has finished. I usually don't remember what I have done, because a lot of improvisation (particularly with my feet) takes place... and it's like I'm coming out of a trance. It doesn't happen every time, but when it does, I cannot explain to you — I mean, it's just amazing...

Have you had any low points in your career where you felt you had made a mistake and ought to move back to England?

Oh, plenty. Especially living in Delhi — I have had so many experiences, especially with landlords and moving around, episodes of racial prejudice…I mean there are stories I can tell you that will just make you cringe. And when these things happen I feel, really, I should pack up, go home and find a job. But what really keeps me going is that feeling of oneness. When I'm alone and practicing, I can feel that something I've been working on for a long time has finally come! Good friends, who I can talk to, have also really kept me going. Also, having good gurus.

You've stated in some of your interviews that your dream is to perform in a Bollywood movie. Do you still nurture that dream?

[Laughter] Sonya, more than anything. More than anything. Roshan Kumari [a leading Kathak dancer in India] is one of my favorite heroines, I really admire her. She was the pioneer of what dizzying heights Kathak can obtain in its natural form — it bedazzles the masses, and takes you onto a whole new level. And I admire her for taking Kathak to such a high level and would love to follow in her footsteps. Because you don't see Kathak in [Bollywood] movies anymore. Even dancers who I know are very well trained in Kathak, only do these Bollywood numbers.

What's the future of Kathak today?

A very senior master had once described Kathak as a river. He described Kathak as a river in the sense that Kathak retains its essence, the core essence is retained, but as it passes the terrain, it soaks the minerals and rocks over which the river passes over. It becomes all the richer for it. But that doesn't mean it actually changes in essence — because it's still a river. Still a river, richer for the terrain over which it has traversed. And because of that I see Kathak becoming more international.