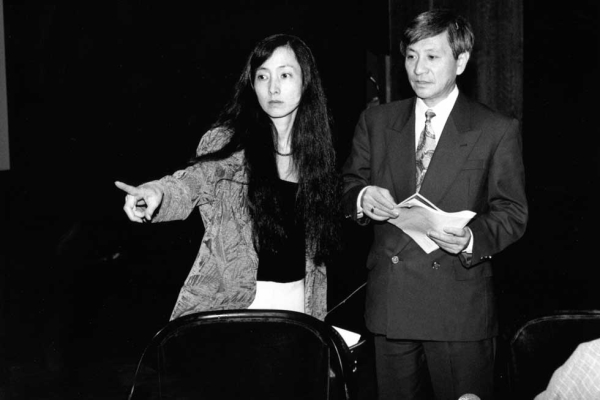 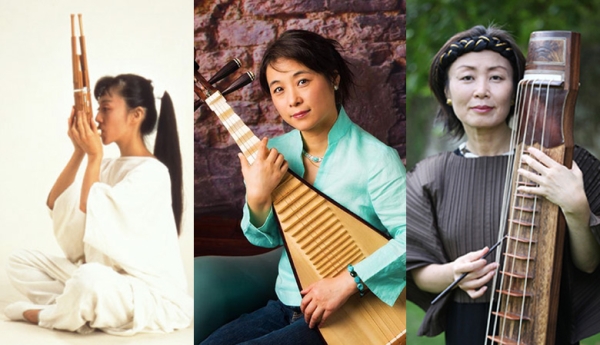 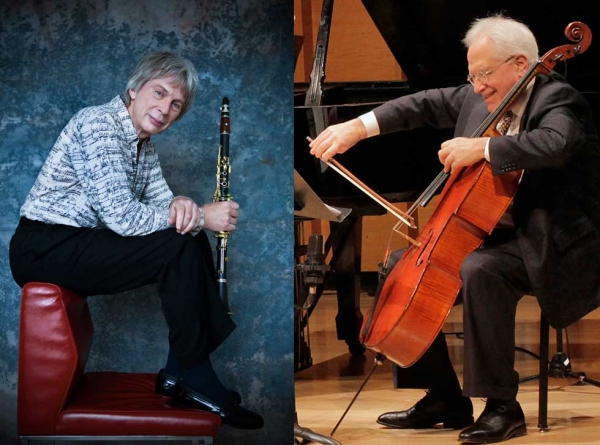 Asia Society honors a distinguished musical legacy in New York City this weekend with a pair of concerts commemorating the fortieth anniversary of Music From Japan (MFJ), the leading presenter of Japanese music, both contemporary and traditional, in the United States.

On Saturday, February 7, three renowned traditional instrumentalists — Mayumi Miyata on the Japanese sho; Chinese-American Wu Man on the pipa; and Korean-American Jin Hi Kim on the komungo — will perform contemporary and classical repertoire as soloists and as a trio in a group improvisation and the world premiere of Ned Rothenberg's Unkai (Sea of Clouds).

The second concert, on the afternoon of Sunday, February 8, celebrates MFJ's history of commissioning Japanese and American composers through two new commissions presented alongside compositions from prior years. Performers will include veteran cellist Fred Sherry and the two-time Grammy Award winning clarinetist Richard Stoltzman. (After the Sunday concert, Sherry will also moderate a panel discussion with MFJ commissioned composers Ned Rothenberg, Michio Kitazume, and Yoichi Sugiyama.)

Music From Japan was founded in 1975 in New York City by its current Artistic Director, Naoyuki Miura. In the 40 years since, the organization has tirelessly built an audience for Japanese music in the U.S. and around the world through an annual festival and tour, symposia, lectures, and other educational events. "For anyone interested in Japan's distinctive musical culture," Allan Kozinn wrote in the New York Times in 2010, Music From Japan has been a "valuable resource."

Ahead of this weekend's concerts, Asia Blog reached out to Music From Japan Executive Director Mari Ono for her insights into four decades of commissioning and presenting.

Naoyuki Miura came to the U.S. as a bass player and a Fulbright grantee. He was involved in contemporary music performances in Japan and knew the high quality of the works composed there. However, he found very little [of it] being introduced here. In 1976, he thought it would be a good idea to celebrate the American bicentennial with a commission, which went to Yuji Takahashi, with Tashi performing.

Within a few years you were integrating traditional Japanese music into your festivals and tours. Can you speak to why that is important, and how your thinking might have evolved on the issue?

When we wanted to tour outside of New York City, the interest in the traditional instruments was stronger.

Music From Japan has had a long relationship with Asia Society, and for many years worked closely with its Director of Performing Arts Beate Gordon (who was of course known for her ties to Japan). How did the partnership with Beate come about?

The following is a part of Naoyuki's message in the program:

When we first put together a concert of Japanese music in March 1975, Beate Gordon, the Performing Arts Director of the Japan Society at the time, kindly gave us the stage there. Who would have thought that the fledgling organization would survive for 40 years! We followed Beate to the Asia Society when she also became the Performing Arts Director there. We are dedicating the Saturday program in tribute to her generous guidance and firm commitment to the performing arts of Asia.

MFJ has collaborated with a distinguished roster of American musicians known for their commitment to contemporary music, such as Lukas Foss, Stephen Gosling, and the Kronos Quartet. How do you and Naoyuki select your performers?

Mostly through Naoyuki's experience as performer and Juilliard alum, as well as recommendations from Fred Sherry and other musicians associated with MFJ.

Your 2012 Festival was dedicated to generating support for the village of Iitate, which was devastated by the Fukushima natural and nuclear disaster of 2011. Are you and Naoyuki aware of how Iitate has fared in the three years since that acclaimed concert?

The village, we believe, is still uninhabited. They are trying to decontaminate but the process is slow. In fact, Naoyuki lives in Fukushima City and his garden is currently in the process of being decontaminated. But the snow has interrupted the work.