Interview: Maziar Bahari on His 'Duty' to Discuss Situation in Iran 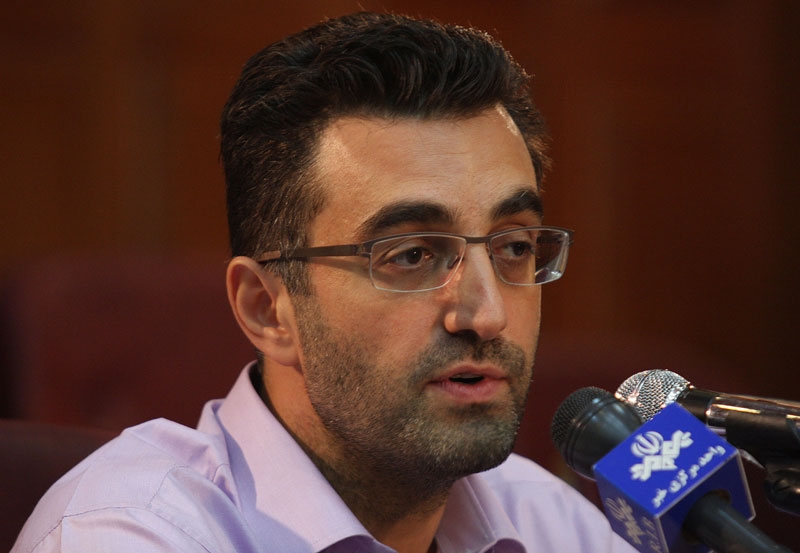 Iranian-Canadian journalist and filmmaker Maziar Bahari — until recently Newsweek's Iran correspondent — will appear at the Asia Society in New York on Tuesday, June 7, at 6:30 pm (buy tickets now, or tune into the free live webcast) to discuss his new book Then They Came for Me: A Family's Story of Love, Captivity and Survival, which former U.S. diplomat Joseph C Wilson calls "a fascinating walk through Iran's tumultuous recent history." You can read an excerpt here.

During Iran's election protests in 2009, Bahari was arrested without charge and held in a Tehran prison for 118 days, 107 of which were spent in solitary confinement. You can read about Bahari's ordeal at Evin Prison in this Newsweek account, and be sure to check out this 2009 Daily Show interview.

What inspired you to write this book?

My book is essentially a family memoir, and my family's story is the story of Iran in the past 100 years. It is a sometimes tragic, sometimes hopeful, but always inspiring story of a nation's struggle for freedom and self-determination. When I came out of prison after 118 days, in October 2009, people asked me all kinds of questions. Who arrested me? Why was I arrested? Was I tortured? How did I survive such an ordeal unscathed, psychologically and physically? Who runs Iran? What does future hold for Iran? In order to answer people's questions I knew I had to tell them the story of my family.

My grandfather was a religious and patriotic man who started the local branch of the Communist Party in the small town during the Second World War when allied forces had occupied Iran, from 1941 to 1946. I never met him but my grandfather was obviously a complex and curious character. Allegedly, he broke his fast during the month of Ramadan with a glass of vodka! My father then joined the Party in 1946 when the war was over and eventually spent four years in prison. He was brutally beaten and tortured by the Shah's agent after the monarch was re-instated in power after the 1953 CIA-backed coup d'état. Then in the 1980s my sister who was 10 years older than me and, like most Iranians, had joined the 1979 Islamic Revolution was jailed and tortured because of her ideas. So my family's story is in fact the tortured story of Iran, but like the nation itself, neither my father nor sister never gave up hope and continued to fight for a better future.

What happened in June 2009, after the fraudulent presidential elections, was in a sense a continuation of the struggle of my parents and grandparents' generations. But the book is, of course, not only about the history. My father and my sister, as well as my mother and my wife, inspired me even when I was alone in a small cell surrounded by concrete walls. Their strength made me stronger during those 118 in Evin Prison in Tehran, 107 of those days in solitary confinement. I'm not a spiritual person and writing a biography was the last thing I wanted to do in my life, but I needed to share this experience with the world. I really believe that the story of my survival in that cauldron can inspire others. Also, I'm the only high profile prisoner who's been allowed to leave the country and I thought I had a duty to talk about the situation in Iran.

Is Iran's "Green Revolution" still alive? What, if anything, is the implication of the "Arab Spring" movement for the future of Iran?

I don't think there was a green "Revolution" to start with. Iranians have a bad memory of revolutions and sudden changes. The popular and peaceful outcry against Mahmoud Ahmadinejad's re-election as president in June 2009 was the beginning of a "movement" to evolve and reform the country peacefully and nonviolently. The basic demand of the movement is establishing a democratic government in the country, a government that is accountable to its citizens, not what it claims now to Allah almighty. The most important achievement of the movement is to widen the gap between the tyrannical regime and the people. This gap will eventually lead to even a bigger popular uprising and the demise of the regime. (Don't ask me, "When?" I'm not a clairvoyant and Iranians are quite unpredictable as a nation).

I think the movement is very much alive and even more popular than it was in 2009. What people protested against in 2009 — tyranny, corruption, abuse of power — still exist in the country and the situation has even gotten worse. Even members of the regime are distancing themselves from it. It's true that street demonstrations, which is only one of the manifestations of the movement, are brutally suppressed by the regime, but that doesn't mean that the movement is dead. It is deepening in different sectors of the society and we see that at every opportunity (e.g. funerals, football matches, etc.) people show their dissatisfaction with the regime. Any event in the future (even near future) can start a similar uprising as we have seen in other parts of the Middle East. The downfall of Bin Ali in Tunisia and Mubarak in Egypt reignited street protests in Iran in February 2011. Even though the regime crushed the protests, to this day people continue to chant, "After Mubarak and Bin Ali, it is the turn of Seyyed Ali," referring to Seyyed Ali Khamenei, the Supreme Leader of Iran, the man who has the real power in the country.

What more can members of the international community do to help the people of Iran?

The regime in Iran has two Achilles heels: information and economy. The international community should pressurize it through these two weaknesses. The international community has two main issues with Iran: Its quest for regional dominance, and human right abuses inside the country. These two issues are intertwined and should not be dealt with separately, as some people suggest. The regime is developing a nuclear program and helps terrorist groups in the region and brutalizes its own people because it lacks legitimacy and has to rule by iron fist. Because of this brutality and the resulting infighting within the regime, it is also losing its soft power in the region and has to export its ideas by force.

To combat terrorism and the nuclear program, the international community has to impose tough sanctions and continue to sabotage the nuclear program and the terrorist networks anyway it can. At the same time, the West, especially the United States, should lift the bad sanctions that can hurt ordinary Iranians, such as not giving fuels to Iranian planes and sanctions that can affect medical needs of Iranians or passenger airplanes. The West also has to strengthen the communication infrastructure so Iranians can communicate freely with each other and the outside world. Developing satellite Internet, anti-censorship software, and safe methods of communications for activists will be much more productive than military attacks. Long-term investment in tools of democracy for Iran needs more creativity and may not sound as "sexy" as threatening Iran with military action, but it will pay dividends and the result will last much longer than military invasion.

If you could deliver one message to your former jailers in Tehran, what would it be?

You tried hard to make me hate you, but I don't. I feel sorry for you.

P.S. Torturing and beating people in dark cells is not the best way to go to paradise. It most probably takes you to hell.