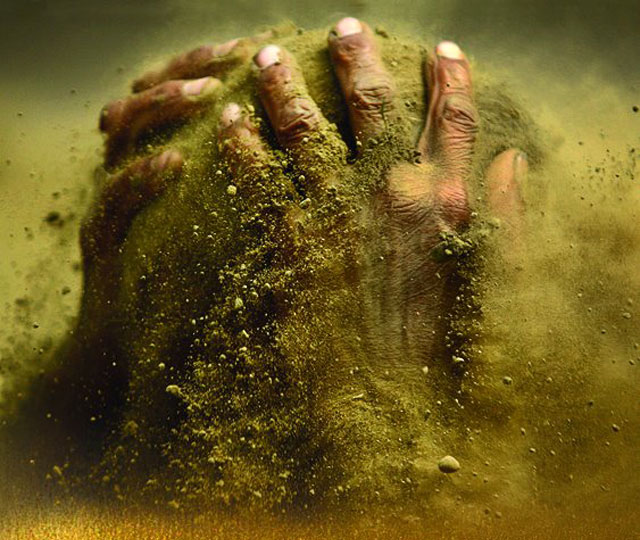 For more than a month now, South Asian literary circles have been abuzz over a highly original fictional look at the subcontinent in the years following Partition that also doubles as a poignant study of life's transience.

Between Clay and Dust, the third novel by Musharraf Ali Farooqi, is set in an unnamed provincial South Asian town post-1947 and traces the fortunes of Ustad Ramzi, an aging pahalwan or wrestler, and Gohar Jan, a local courtesan also facing the twilight of her career. The collapse of royal patronage has made walking anachronisms of both of these two proud individuals; how each of them tries to navigate a society that has less and less need of their special gifts is the basis of a story that achieves the force of tragedy in its concluding pages.

Recounted in a spare, understated idiom that makes its climactic scenes all the more moving, Farooqi's novel is an elegant heartbreaker — and marks an auspicious start for his publisher, the recently-launched New Delhi-based publishing venture the Aleph Book Company.

If Farooqi knows a thing or two about the virtues of classical storytelling, it may be partly a result of his other vocation, which is translating classic Urdu literature into English. He won worldwide acclaim for his rendition of the 900-page medieval Indo-Persian epic The Adventures of Amir Hamza in 2007, a feat he followed up with another Urdu epic, Hoshruba, in 2009 (the latter being the first of 24 projected volumes). As if all that weren't enough, the author also finds time to write children's books and maintains a lively Twitter presence that's recommended for anyone with an interest in South Asian literature.

From his home in Karachi, Musharraf Ali Farooqi answered questions from Asia Blog via email.

Between Clay and Dust takes place in a decaying, backwater town that is evocatively rendered but never identified by name. Did you have a specific location in mind that you chose not to reveal, or can we read the setting as a composite of communities all over Pakistan, or even in India, post-Independence?

In the novel the geographical identity of the Inner City was deliberately left vague. It does not belong to either of the two nation-states but to the one culture which they shared, and still do. I did not wish this to be a novel about any particular country because for me there is still nothing unique in the cultural life lived on the other side as seen from either land. Some might disagree with this idea and call it a delusory notion, but I am very happy with my delusions and would not like them to be disturbed.

One of the most vivid sequences in the book is the one describing the insane training regimen that Tamami, a younger wrestler, undergoes before a big match. How did you research those details — are there living pahalwans you were able to consult?

No, most of this research was done from a history of the wrestlers of the Indian subcontinent which I have acknowledged in my novel. The severe exercises and the prodigious diet sound incredible, but they are based on the actual diet and exercises of 20th-century wrestlers. These wrestlers also took some preparation of arsenic which acted as a growth stimulant, and allowed them to digest vast quantities of food.

It's clear that Partition — and, specifically, the abolition of princely patronage that sustained both Ustad Ramzi and Gohar Jan in their professions — is what triggers the events of the novel. But by the end of the story I also felt that Ustad Ramzi's pride, and his stubborn adherence to what he believes to be a code, could create the conditions for a disaster regardless of when he lived...

Very true. Ustad Ramzi's blind adherence to his code, an absolute deference to his elders, and the self-righteousness that it instilled; as well as the selfish streak that did not make allowances for anyone but himself, were all ingredients that would have created a troubled destiny for Ustad Ramzi regardless of the peculiar circumstances created by Partition. 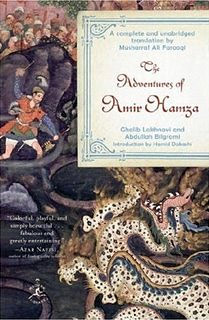 Moving on to your work as a translator, I'm curious to know how much overlap there is between your two vocations. What can the old Urdu tales teach a 21st-century novelist about storytelling?

I think my translation work, especially from a classical oral literary genre such as the dastan — which is a repository of generations of storytellers' literary experiments and narrative devices — has immensely increased my consciousness of the idea of storytelling. Some of the narrative structures employed in Urdu dastan are very complex. As a reader I might never have become aware of them, but in the exercise of translation, where you spend a lot of time in intimate contact with a text, you begin to see underlying structures.

The experience of these underlying narrative streams is very enjoyable for a student of literature. I have written about this experience and explored some of these narrative devices in my two amateur essays on the poetics of the dastan. (Note: Both essays are posted on my website.)

Even in other ways my study of the Urdu dastan has been very rewarding. The said history of the wrestlers of the subcontinent, which was my main source for the research on wrestlers and their culture for the present novel, would have lain undiscovered by me, had it not been wrongly classified with the dastan volumes in the University of Toronto Library. The author of the book had used the word dastan in the title in the meaning of "history." I suspect the ghost of one of the dastan writers made it happen: Happy with my translation of his stories, he decided to throw me a bone. I'm still wagging my tail in gratitude.

A reader has no sooner congratulated himself on finishing the 900-page Adventures of Amir Hamza than he learns that the next epic you're translating, Hoshruba, is expected to total 8,000 pages in 24 volumes! For the benefit of the uninitiated, just how did these stories come to be so long?

The Urdu dastan is a genre of oral literature. The Dastan-e Amir Hamza, which I translated as The Adventures of Amir Hamza, exists in a number of versions. My 900-page translated version is one comprehensive edition which describes the entire legend of Amir Hamza — from his birth to his death. In another version, which extended to 46 volumes (each of them approximately a thousand pages long), were embedded many stories and fantasies imagined by the storytellers from the 16th century onwards. Keeping in mind the popularity in India of the Dastan-e Amir Hamza, and the royal patronage this particular dastan enjoyed at the court of the Mughal emperor Akbar, they used this dastan as a vehicle to launch these stories.

The translation of Tilism-e Hoshruba, which I would like to term world's first magical fantasy epic, was a standalone fantasy incorporated into the legend of Amir Hamza using familiar characters. The entire history of how Tilism-e Hoshruba came to be written is a fantasy in itself.