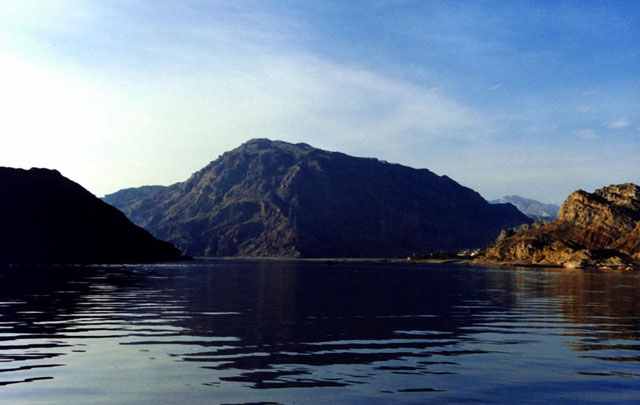 The 2014 finalists for Asia Society's annual Osborn Elliott Prize for Excellence in Journalism on Asia have been announced. Among them is Alizeh Kohari's "The Indus Republic," focusing on water allocation, storage, and distribution along the length of Pakistan's Indus River. Published in The Herald, Kohari's in-depth and humanistic piece captures the culture, economics, and politics of water resources that strain the arid region.

Kohari regularly writes on Pakistani politics and culture for The Herald and also contributes to the BBC and Dawn, Pakistan's oldest English-language newspaper.

Via email, Kohari responded to Asia Society's questions about her work from Karachi, where she is currently writing about the symbolic importance of the physical headquarters of the Muttahida Qaumi Movement, the city's largest political party.

"The Indus Republic" is a must-read for anyone who wants to understand the Indus River's impact on politics, culture and the environment in Pakistan. What prompted you to take this on, and what has been the response to the story there?

Water is increasingly becoming a battlefront within Pakistan — it seems we're always confronted with the prospect of a deluge or a desert here. When photographer Kohi Marri and I started working on this story, a slew of research reports had just been published predicting a serious and sustained water crisis in the country. But we wanted to look at water, and specifically the Indus, from a different angle: not merely as a resource that requires managing but as an entity that runs through the history as well as geography of the region and informs its culture and politics.

We weren't interested in just the official version; we wanted to tell a people's history of the Indus, so to speak. I think the resulting piece was well received particularly by those who feel that, at present, mainstream discourse doesn't take into account the fact that the people who bear the cost of development aren't necessarily those who reap its benefits.

Long-form narrative journalism isn't very common in Pakistani publications — the general view is that it is too expensive, too time-consuming. Our editor here at The Herald, however, has a penchant for stories with grand themes and sweeping scope, so we had the freedom to just run with the idea. I think this attempt to break with the (locally) conventional mode of reporting was also appreciated. 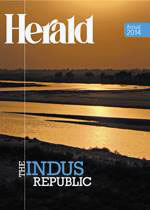 Your story required extensive travel with a photojournalist to many remote locations. How did the experiences and people you met along the way influence your story? What were the things that most surprised you?

Kohi and I traveled down the river over the course of three months, in three separate trips; we traveled by plane and bus and car, crossed the river by boat and, on one occasion, on a horse and a tractor. I don't think we were surprised by the beauty we frequently found around us, though we were certainly awed by it — the landscape fades from green to brown as you move south but its grandeur never completely diminishes. We tried to capture this, both in the narrative and the accompanying visuals.

This might sound a little strange, but we didn't expect to laugh as much as we did during the reporting for this piece. "The Indus Republic" is essentially a story about a diminished river — it's a sad story, a ghost story, in a way. But the people we met during our travels, many of whom have fallen through the cracks of the state's grand quest for a very specific sort of development, they all had this one particular sense of humor: bone-dry, searingly sarcastic, borne out of anger and exasperation and a sense of how absurd the current state of affairs is vis-à-vis governance in Pakistan. It lent a certain dignity to their suffering, I think, which the story also tried to capture.

You recently published a piece on Pakistan's first nuclear power plant. What's your next project?

Late last year, the government broke ground on two new nuclear reactors for Karachi, a move that drew immense ire from large sections of civil society. I visited the existing nuclear power plant in Karachi, the country's first, as part of a report on this stand-off. On the face of it, the story is very different from "The Indus Republic" but in a deeper sense it is exactly the same — be it dams or nuclear plants, the state has a very specific idea of what it means to be "modern" and "developed": big shiny projects with centralized control and extremely unequal distribution of the resulting benefits.

At the moment, I'm working on a profile of "Nine Zero," which is the headquarters of the Muttahida Qaumi Movement, the largest political party in Karachi. It's interesting to explore the symbolic value that the actual physical space holds for an organization whose founder, Altaf Hussain, has been leading in absentia for so long — it's been more than two decades since his (self-imposed) exile to London.