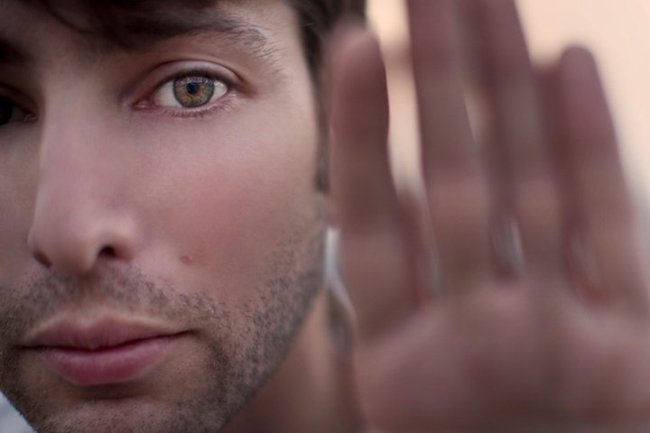 Beijing-based videographer and photographer Jonah Kessel recently spoke with us regarding the series of documentary videos he and journalist Kit Gillet produced about the destruction of Beijing's historic hutongs — traditional courtyard neighborhoods — for Asia Society's China Green project. You can find the four-part series embedded below.

What was your inspiration for taking on this project?

This project started ages ago with a single photograph I took of a friend’s former neighborhood after it had been half-demolished. From a photograph, to a photo series, to some video clips, to a video, to a video series, to an interactive package, the content developed over the course of a year. While coverage of the hutong issue had been widespread in the East and the West, I was often offended at the quality of some of the journalism I was seeing. Especially since these stories were about the area where I have been living in for almost two years.

I saw things in Western newspapers that said things like “The Chinese government wants to Disney-fy Gulou.” I was like, well, that type of editorializing doesn’t help tell people what’s going on. Particularly the multimedia I had seen produced in a bilingual format seemed to be leaving out the most important part of the story — the residents.

So when China Green and the Asia Society jumped on board to create a more accurate depiction of the situation I grabbed friend and journalist Kit Gillet and we began brainstorming how to tell a complicated story in a format people could better understand the situation.

We wanted to give the residents a voice — but we also wanted to give the voice of their reality. The area of concern here has tremendous cultural value; however, the living conditions of the area are not that of a modern society. So in many ways, my motivation came from poor quality multimedia journalism about an area I actually live in, and still do live in.

Did you encounter any difficulties filming in the hutongs? Were most people open to being interviewed?

This wasn't the easiest thing to film. The subject has received a lot of press and when people know the media is interested in a subject they seem to back off more than a topic people don't know is newsworthy. Most of our subjects were found by simply walking around the hutongs over and over again talking to as many people as possible. Some people would not want to talk at all, some people wouldn't want to talk on camera and some people were completely happy to talk.

We also met people who were unhappy with the situation and wanted to have their voice heard. This is definitely something that is becoming more common in China but was quite unusual not too long ago. As lawyer Wang Youyin points out in Chapter Two — the people don't really have a voice in the situation. Youyin explains, "Within the timeframe, according to the current laws, there is a hearing allowance process where the individuals directly affected by the demolition retain the power to express their opinions or opposition to the construction plans. But in reality, since there are no committees to sit in on the hearings, the reality is that the opportunity to protest is lost, and those affected rarely have an actual venue to express their opposition towards the destruction of their homes."

In this case, we gave these people the opportunity to be heard. Our method was to tell people we are trying to make the subject more understandable to a mass audience. We also made it clear that we were making the films for the Asia Society — an organization who helps create better cross-cultural communication. I think people are more apt to talk to us under these circumstances, than if we were working for a traditional newspaper.

Beyond this, it was just time and dedication to asking questions over and over again, and the very time consuming process of organizing this information into a narrative.

Is there anyone actively trying to save the hutongs? Can ordinary people do anything? Would it matter?

Sure — there are a lot of people very invested in trying to save the hutongs. The Beijing Cultural Heritage Protection Center (CHP) is trying to educate residents on the value of their cultural heritage. A big part of the problem is many people don't see the value of the area. The best thing individuals can really do is help raise awareness. With the media following the issue now the government has much more pressure to develop in a responsible way. The recent decision which canceled the planned redevelopment around the historic drum and bell towers really shows this.

In the video, residents spoke of primitive living conditions in the hutong neighborhoods. Are people happy there? Are they worth saving?

In general, people are very happy. The communal atmosphere within the hutong system creates a "family atmosphere." However, this doesn't mean they don't want running water, toilets and modern amenities. At the same time, I think you need to think about the transformation these people have been through in their lives. Especially the older generation who lived through the Cultural Revolution — compared to those days, things are amazing. Yes, they don't have toilets, but they aren't starving and given a small cabbage ration to survive off of. The general quality of life is just far improved and when people get used to their living conditions, it becomes normal.

Do ordinary Chinese care about the past or heritage? Or are they just focused on the struggles of the present and promise of the future in their lives?

If we are talking about Beijingers here — I think you have a mix. I would say the majority are focused on their present reality, but slowly more and more people are beginning to realize that they shouldn't throw away the past. Outside of Beijing, I would fear even more about cultural heritage protection. One example of this is farmers who take bricks from the Great Wall of China to build or repair their homes. In their reality, they live in the countryside , there is an enormous unused wall near them, and they need shelter. Why wouldn't you take it from the wall? Back in Beijing, you have plenty of people sitting around waiting for the government to come in demolish their hutongs so they can get compensation. They will be relocated to apartment buildings far from the city center. I think that's when it probably hits them the most — just what they've lost. The alleys contain both their history and culture.