Interview: Jon Campbell on Why You Should Care About Chinese Rock and Roll | Asia Society Skip to main content

Interview: Jon Campbell on Why You Should Care About Chinese Rock and Roll 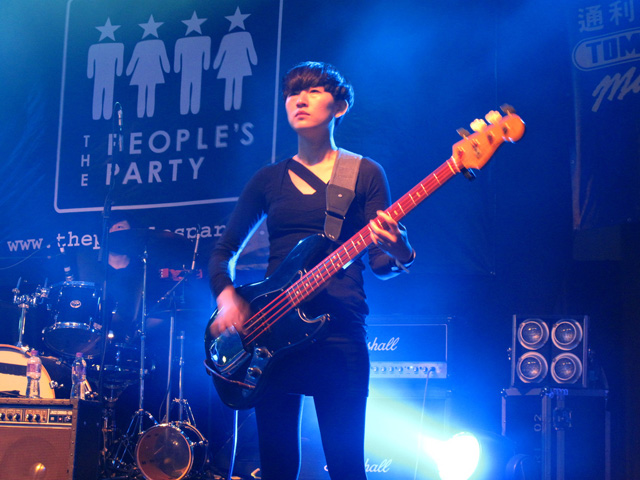 Jonathan Campbell moved to Beijing in 2000 to study Chinese and "figure out what to do with" the Master's Degree in International Studies he received from the University of Washington. Almost immediately, he was thrust into China's fledgling rock music scene, first as a drummer, and later as a writer, promoter and agent. Red Rock: The Long, Strang March of Chinese Rock & Roll is his first book. Asia Society Associate Fellow Jeffrey Wasserstrom calls it "a rollicking account of how a global genre was transformed as it sank down roots in a very special setting."

Campbell will appear at Asia Society in Hong Kong on Monday, March 19 at 6:30 pm.

How does Chinese rock 'n roll differ from its Western counterpart, both in terms of style and substance, but also its influence on society?

There’s a reason that in this book I use the word yaogun to describe the subject. I want this word introduced into the English lexicon because of its significant difference from rock and roll. Yaogun is a product of the journey that China has taken over the last four-ish decades, and because of that there’s no way it could be like rock and roll: It’s not just a version of rock and roll that is created in China, it’s a different thing altogether. The book is telling the story of how rock and roll entered into China and how it comes out yaogun.

The exemplary yaogunners are those that see yaogun’s task as more than just playing music. This country has a tradition of seeing artists as important revolutionary workers: It is their responsibility to offer lessons to the nation of how to become better people, how to further the revolution — because the revolution is never over. When these guys heard, and learned about, rock and roll, they saw a very similar responsibility, because they saw the '60s in America as analogous to the times in which they were living, when China was just starting to open up to the world, and allowing things and people from outside of the county in. Meanwhile, their entire universe was changing drastically: People were no longer tied to their danwei (work units), people were starting to be able to move around and make money.

The earliest yaogunners were confused on an existential level about the change sweeping their nation and saw in rock and roll a way to make some sense of it all. It offered them hope when there seemed to be very little around.

The message that rock and roll can change the world only sounds cheesy now because we, in rock and roll’s home, have forgotten that it was what drove so much great music, and so much change. The best yaogun embodies that in a way that is extremely difficult for us to comprehend. 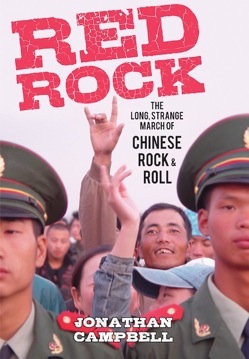 You describe Cui Jian as the father of rock 'n roll in China. How is he regarded in China? Is there any musician from rock 'n roll history you would compare him to?

Cui Jian exists in a very strange and rare space anywhere, but particularly in China. He is a celebrity. But he is a celebrity that is respected in ways that no others are. He’s also the only celebrity that still has the street cred of yaogun approval. There are other "rock stars," but those stars aren’t well-regarded in the lower levels of the yaogun world.

You’d have to compare him to several musicians throughout rock history: He was, in his earliest yaogun days, for most people, Elvis. His appearance on television singing the song “Nothing to My Name” was like Elvis shaking his pelvis, adding that roll to rock and blowing peoples’ minds. He’s Woody Guthrie or Bruce Springsteen, whose songs made people suddenly realize that there are things going on about which we don’t know and ought to, and singing with the voice of the people not often represented in popular culture. He’s John Lennon, as an artist to whom people look for ideas about life, living, art, culture, etc. — a guy who can speak and have an extremely wide range of people listen to what he has to say. He’s Mick Jagger, fronting the biggest band in the land, the embodiment of the lead singer (though not a dancing lead singer), with presence that you can spot a mile off, but, at the same time, he’s also Neil Young, in that down-and-dirty kind of way, hidden away, almost a hermit, the silent type. He’s also Kurt Cobain, and Chuck D, and more, because that only scratches the surface.

I said it in the book, and I believe this deeply, to the point that I worry about my belief in rock and roll should it not come to pass: I can’t think of someone who has ever been more worthy than Cui Jian for induction into the Rock and Roll Hall of Fame.

What are your predictions for the future of Chinese rock music? Does it stand a chance in the country's crowded entertainment market? Are there signs that rock can go mainstream? What's holding it back?

If you’re asking whether it has a chance to become a type of music that sells millions of records, I’m not sure that that’s its future. The question of going mainstream isn’t just a matter of whether or not the mainstream accepts it, but whether or not going mainstream is the goal. That’s partly what’s holding it back: The reluctance of its practitioners to aim for the mainstream. It’s linked to the rarity of Cui Jian’s status: Celebrity in this country is ugly, and vapid and ridiculous, and true celebrities couldn’t possibly be yaogunners — except Cui.

Like its past, yaogun’s future is tied deeply to China’s future, and the way in which China navigates through the years. Young Chinese kids, like so many all over the world, don’t have a ton of time, or patience, for art of any kind, or for thinking too much about anything. But there is a lot of thinking that needs to be done in today’s China, and what the long, strange march has shown me, and a significant population of young people over the years, is that yaogun can inspire thinking. So for me, yaogun’s potential is in the ability for ’gunners to embody that journey into the future.

Are different styles of rock music more popular in certain regions of China? If yes, any reason for this?

The thing about studying any part of China, I’ve found, is that you can find anything you’re looking for. There are all kinds of music happening across the country. I think that there’s a good argument to be made for the styles of music of the biggest names, that they are particularly urban and rough, as a result of the times in which they’re living: Cities are exploding, urbanization is the new Revolution, and yaogun to me sounds like that.

I have heard that several Chinese bands will play at SXSW this year. Is this something we should expect more of? Could Chinese bands be more popular abroad than they are at home?

Yaogun bands have been playing outside the country, though not often, for many years. The general interest in China in the world is certainly spilling over into yaogun. But, until the bands that go over are taken seriously as — and, more importantly, as long as they are, which isn’t always the case — great musicians/bands and not simply novelties (Wow! they’re from China!). What my book teaches people is that the story of how we got to a point where there could be bands at events like SXSW means that many yaogun bands are worthy of real attention — and also that they, like everyone else, have to earn the attention by remembering and embodying what being a yaogun band is.

What are some of the Chinese bands our readers should listen to to get a good taste of Chinese rock 'n roll? Who are some of your favorites?

That’s a horrible question only because I always wind up not mentioning a name or two. But ...

Hanqing Chen contributed to this report.