Interview: Ivy Teng Lei on Why Asian Americans Have as Much Stake in the Immigration Debate as Anyone Else | Asia Society Skip to main content

Interview: Ivy Teng Lei on Why Asian Americans Have as Much Stake in the Immigration Debate as Anyone Else 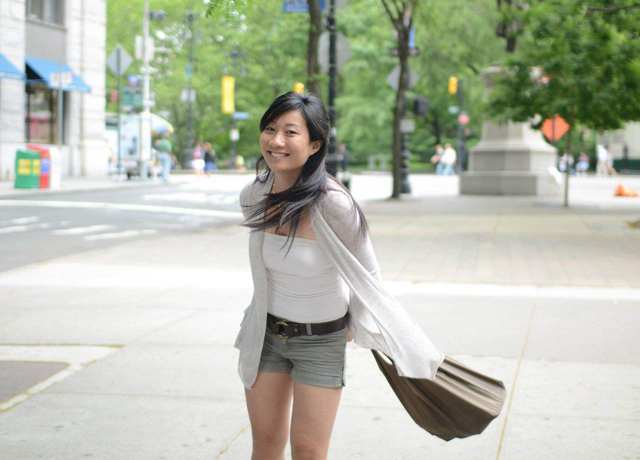 When Ivy Teng Lei was seven, her family moved from Macau to New York City. Lei grew up in Manhattan’s Chinatown neighborhood, helping her parents at the garment factory where they worked and sharing a small apartment with two other families. As an undocumented immigrant, she was one of the millions of people who live in the shadows of a broken immigration system. The 2012 Deferred Action for Childhood Arrivals Act offered temporary reprieve to Lei, and allows her to work today for a fashion retail company in global marketing. Earlier this year, Lei openly discussed her immigration status and the obstacles she faces each day in a column for the Guardian.

AsiaBlog spoke with Lei on her decision to write publicly about being undocumented, and about why, despite the recent rhetoric around immigration, she’s optimistic about the American political process.

Why did you decide to write about being undocumented?

A friend who worked at The Guardian reached out to me about a series of immigrant stories they were doing. The first thing she said was, “I know that you’ve been in this movement for a long time, but I want you to be aware that this is a whole other level of exposure and I need you to confirm with me that you’re ok with it.”

And I thought, I cannot sit in front of the TV or go through the internet and see all these things that they are saying about undocumented immigrants and not do anything. And I felt that they needed someone who was not just a Latino face. Asian Americans are just as much of this movement as other immigrants in this country.

Was it hard to write about your experience?

It was extremely hard. As I was writing it, I started feeling all these emotions that I had never really acknowledged. It’s one thing knowing that you feel them, but it’s another to explain to another person how it really feels to have goals and dreams obstructed no matter how hard you work. I remember when I sent over the email with the attachment, I was trying so hard not to cry — it was a very, very emotional piece.

Did the reaction to the piece surprise you?

The article was shared over 1,000 times within a week. I was very scared about how my family would react because I didn’t tell them that I was going to write this article. For the longest time, I just assumed that they never knew, until one day I was talking to my sister after I got out of a video shoot at the Mayor’s Office of Immigrant Affairs and I told her about the shoot and she’s like, “well, we saw the article.” I said, “You guys saw the article and no one said anything?” But they just turned out to be really proud of me and they’re in full support of the work that I’m doing.

I had people come up and say, “well, if you need an immigration lawyer, I know someone who’s really, really good.” And I’m like, “you’re missing the point.” It’s not just me. This is about 11 to 12 million people who are living in the shadows. This is about a broken immigration system that needs to be fixed. It’s not about just my problem or my struggle growing up. This affects the entire country. To have people try so hard and do everything right and never get the chance to do what they went to school for, to achieve their dreams and give back to their country, is the problem.

The funnier reactions I’ve gotten are marriage proposals. I never, ever want to get married just for immigration purposes. I don’t think I could ever live with myself knowing that I gave up being part of this important movement for a shortcut.

Immigration has been a defining issue in this year's presidential campaign. What would you say to the reported majority of Americans who think the government is not aggressive enough in deporting undocumented immigrants?

Documented or not, we are a group of people who are hardworking, fearless, and who want to give everything they can to make the best of their life and the community that they live in. I think a lot of people don’t realize immigrating from one country to another means uprooting your entire history and your family’s history from one land to another. No one who is comfortable and happy and safe in their homeland willingly does that. People move from one home to another because their home isn’t safe anymore. It’s not a place where they can feel like they can provide for their family.

My family moved because they didn’t have job opportunities and my parents saw that that would hinder the future of their children. They moved to work in a foreign country, for below minimum wage, so that they could support my siblings and I through school. All they could hope for is that we somehow figured it out, and that we somehow were able to get to the place they hoped for when they first decided to move here.

I cannot believe the rhetoric that is being proposed in the mainstream media, especially by presidential candidates like Donald Trump, where they think that they can close off the border and that the country is much better off without immigrants. We provide so much tax revenue. We are the people who work on farms, in low-paying jobs, so that the country has a foundation.

I think people are afraid because they haven’t gotten the chance to actually talk to someone who is an immigrant, or who is an undocumented immigrant. If you talked to them, the first thing you would think to yourself is, “I wouldn’t have known that if you hadn’t told me,” and I think that’s the point.

Are you optimistic about the prospect for immigration reform?

If there’s one upside of this presidential election is that young people are now starting to pay attention to politics. It began when President Obama was able to mobilize more young people than ever to come out and vote. But I think in this presidential cycle we’re truly understanding how the leaders of our country can influence communities at a local level.

I’m optimistic because I know more and more people are talking about politics and getting involved because they are angry that these things are being said about people who are not white Americans. This a new way — not the best way, but definitely a new way — to engage new voters to be part of the political process.