Interview: Ian Bremmer on Asia's Place in a 'G-Zero World' 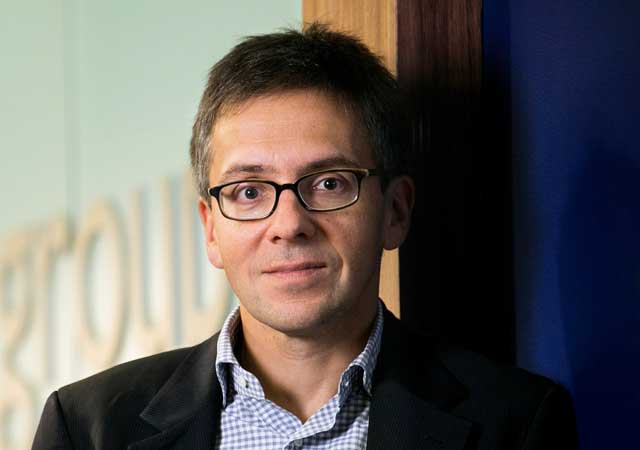 Questioning Asia's geopolitical influence and importance might seem outdated, particularly in light of China's rapid ascent. But Ian Bremmer, president of Eurasia Group, has managed to lend fresh insight on why Asia matters in a changing political order. In his most recent book, Every Nation for Itself: What Happens When No One Leads the World, he argues that the world has entered a "G-Zero” international order with broad implications for Asia. Mixing broad appeal with sharp analysis, Bremmer has written on a wide range of issues and regions and has been a consistent watchdog of the Obama administration's "pivot to Asia" calling for a more coherent and sustained American foreign policy in the Pacific.

Via email, Bremmer responded to several questions for Asia Blog in advance of his June 24 appearance at Asia Society New York.

There's been some criticism that the U.S. pivot to Asia is incomplete or ineffective. Do you think Washington policy-makers understand that "Asia matters?" What have they done well and what could they do better?

Decision-makers in Washington absolutely understand the importance of Asia—and how it will become even more important economically and strategically over time. But that doesn't mean they are sufficiently prioritizing it in the grand scheme of things, or that they are able to maintain sufficient focus given flare-ups in the Middle East and Eurasia. The top diplomatic personnel on Asia from Obama' first term—people like Hillary Clinton and Kurt Campbell—are no longer around, so Asia is not getting the senior focus and expertise that it needs.

The Trans-Pacific Partnership (TPP) is the most important trade agreement on the world agenda today, with countries interested in joining comprising roughly 40% of global GDP. The deal would align a dozen of the most important Pacific powers, liberalize trade in Asia-Pacific, and anchor the U.S.'s commitment to regional stability. But these days, discussions are stalled, largely because of American congressional gridlock and Obama’s lack of engagement in pushing for Trade Promotion Authority to empower a fast-tracked TPP agreement. That's not a good development, even if the agreement will likely still get inked on a longer timeline.

Having said all that, U.S. relations and foreign policy in Asia have largely been better than in most other parts of the world. There is increasing alignment in terms of America's role in the region, aided by many local players' common concerns over the rapid rise of an assertive China. On top of this, U.S.-China relations—the most important bilateral relationship on earth—are in reasonably good shape of late. That uptick began in late 2012 as neither Obama nor Xi Jinping could afford the political fallout of a crisis in relations (the former was fighting for reelection and the latter was transitioning into his leadership position). The trend continued as Obama has had his hands full with many other international crises—and the Snowden revelations undermined America's ability to take a hard stance on Chinese cyber espionage—while Xi would rather minimize tensions with the U.S. so that he can devote his attention to the ambitious economic reforms he is implementing at home. But longer term, there are huge hurdles for the relationship. The cyber conflict is chief among them.

In your last book, you write about the concept of the "G-Zero world," in which one country or group of countries no longer dictates the international agenda. How will rising Asian countries affect this agenda? And how might developing countries such as Mongolia and Myanmar affect the Asian continent in this environment?

The implications of a vacuum of global leadership are enormous; it's already playing out today, as conflicts in places like Syria and Ukraine fester with insufficient engagement from the international community. In a G-Zero world, volatility is on the rise—and countries are increasingly beholden to regional powers who will be more assertive in their neighborhoods when there is no global policeman on watch. One of the most interesting trends in this environment is the importance of being a "pivot state"—a country that is not overly reliant on any one such major power, and can instead diversify between multiple powers, from a security and economic perspective.

In terms of what pivoting means for Asia, it’s all about the rise of China: China has no interest in taking on the responsibilities of a global policeman…but it will be increasingly relevant and assertive in its own backyard. The question is whether countries can successfully pivot to hedge their dependence on China. Taiwan is too eclipsed by China to pivot—it’s what I’d call a “shadow state.” The story is similar in Mongolia, where despite foreign interest in its natural resources and the government’s publicized desire for a “third neighbor” policy—an attempt to build better commercial relations with countries besides Russia and China—it is still very much in China’s orbit. Myanmar is a more promising story: as it continues to open up, it presents a compelling opportunity for other countries to engage.

But the rise of China and the question of the pivot is most important in Japan, which understands it's caught between a rock and a hard place. It's overly reliant on China economically—and overly reliant on the United States for its security. In a world where the U.S. is sending mixed signals on foreign policy and seems to be disengaging—and where China continues to grow wealthier and more bold—Japan needs to make moves on both counts before it's too late. We've seen the early stages of this shift, as Japan begins to diversify across the region economically. Japan is emerging as a normalized power with Shinzo Abe pushing for the country to take more ownership of its security situation. But these G-Zero trends are working against Japan.

The bottom line: in the near-term, the G-Zero environment will continue to prove most geopolitically problematic in the Middle East and Eurasia. But longer term, it will cause the most friction in Asia—by a long shot.

The story of Asia has been dominated by China's impressive economic and geopolitical trajectory in recent years. What do you see as China’s biggest challenges? Do you think the environmental, political, and bureaucratic reforms undertaken by the government of Xi Jinping will bear fruit? If not, can the global economy continue to thrive without greater Chinese prosperity?

China faces a host of enormous challenges. That's why it is the major power least likely to develop along a predictable trajectory—and why that trajectory is the single biggest variable for the health of the global economy in the years to come. China will become the world's largest economy—we don't know when exactly, but it's only a matter of time. What we do know is that when China becomes #1, it will still be poor. It will still be authoritarian. It will still have vastly different values and priorities from the advanced industrial economies, the United States in particular. That will inject huge geopolitical tensions into the global environment.

First of all, there's a structural population issue that's more immediate than the country's aging citizenry and shrinking work force. On many levels, China is really two countries—it has two separate groups of people with completely different expectations from the government. On the one hand, there are the increasingly wealthy, urban, and educated citizens who demand more than just raw economic output. They want more transparency and accountability from Beijing. They want better quality of food, water, air, and household products. On the other hand, there are the poorer, more rural citizens who dramatically prioritize employment and more economic opportunity over these other concerns that they would view as secondary. These two groups are increasingly at odds—and the real dilemma is managing their diverging expectations within a single, reasonably centralized political system.

The second major challenge centers around the reforms that Xi Jinping is spearheading. The Chinese leadership understands that it must shift China's economy from a state-driven investment model to one predicated on enriching and empowering consumers. In the near term, things look good. The government understands the problems and it's acting on them absent crisis—which is rare and beneficial indeed. It means they can implement changes on their own timeframe, in their chosen sequence, and with more ability to plan and be flexible.

But longer term, there are some serious question marks. Many elites have amassed wealth and influence by enjoying the corruption and inefficiency that Beijing will have to clamp down on; making losers out of some of these entrenched and powerful players will cause huge frictions. There is also the chance that they mismanage the necessary tapering of economic growth that comes with reforming their economic model. A more rapid or uncontrolled slowdown could make the leadership abandon these necessary reforms and revert to the old system despite its unsustainability… or it could lead to full-fledged economic fallout and ensuing unrest.

India recently elected its new prime minister, Narendra Modi, who will join the ranks of other Asian leaders, such as Japan's Shinzo Abe and China's Xi Jinping, each of which have ambitious agendas to transform their countries' foreign and domestic policy. Indonesia's Joko Widodo may be another. Do you think there is a rising tide of opinion across Asia urging more effective government in the hopes of promoting higher rates of economic growth?

Modi, Abe, and Xi are three of the strongest leaders in the entire world today, with tremendous mandates and visions for real economic progress. All of them want to transform their economies and have the domestic political capital to make a real effort at it; that's an extremely positive story.

But as I've expressed, unfortunately, the geopolitics are far more problematic. The G-Zero environment will exacerbate tensions in a region that will only become more vital for the sustained health of the global economy.

Emily Feng is a contributor to Asia Blog and will be finishing her last year at Duke University this fall.