Interview: How 'Peer Pressure' is Spurring Philanthropy in Asia 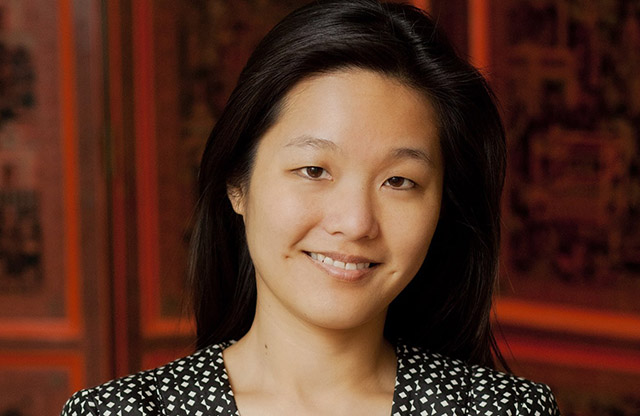 Wenchi Yu, an Asia Society Asia 21 Young Leader (class of 2011), is Goldman Sachs’ Asia Pacific head for corporate engagement, leading the firm’s strategic philanthropy and social investment in the region. She’s advised a number of non-profit organizations and previously worked with the U.S. Congress and the Department of State on women’s empowerment initiatives. She spoke with Asia Blog about the evolving landscape for philanthropy in Asia, corporate giving, and opportunities for female entrepreneurs in China.

What’s the landscape for philanthropy in Asia look like today?

It’s a very exciting place now. Philanthropy in Asia has now evolved from mostly family-run foundations building schools and hospitals, to an increasingly more sophisticated approach. People are looking at how to be strategic about giving, how to monitor and evaluate the giving, and how to align personal interests and legacy with personal giving. Institutionally speaking, businesses are looking at how to give and make an impact. There is an effort to bring together thought leaders and to help governments understand that having a supportive legal framework is essential to encouraging strategic philanthropy.

It’s also great to see growing interest and more people getting involved. In Asia, philanthropy wasn’t seen as a profession before, but now it’s increasingly a respected profession and people recognize that it is not just for wealthy wives or daughters. Philanthropy requires some real sophisticated strategy and approach. In the West, we know that philanthropy is an industry, a sector in itself; but in Asia, it’s just starting. So in the coming years, I am confident we will see a group of professionals — not just philanthropists who give — but also social change makers in Asia.

Would you say there’s a “social responsibility” or philanthropic culture emerging among businesses?

Among companies in Asia, there’s a growing peer pressure to give. For example in China, there are rankings on corporate donations, and there are awards organized by the media or other institutions to encourage corporate giving. What you see is companies compete on the amount of money they give. However, less attention is given to how to give while creating real impact and change on the ground. It is similar in Southeast Asia but companies are getting more sophisticated in evaluating the impact and the “social returns” of their giving. Asia definitely has the potential to be thoughtful and strategic about corporate philanthropy.

What sorts of initiatives have you personally focused on?

At Goldman Sachs, primarily women’s economic empowerment. We work on developing capacity for female small and medium-sized business owners. They are predominantly women in developing economies where they have the potential to contribute significantly to their economy, but lack of opportunity and their own lack of self-confidence stand in the way. There are also significant external barriers, such as commercial banks not seeing women entrepreneurs as credible borrowers, and a lack of an enabling policy environment, which prevents women entrepreneurs from accessing capital and growing a business.

How is China doing at creating space for women entrepreneurs?

Goldman Sachs sponsored a report recently released by a prominent Chinese think tank, China Development Research Foundation, that studied women’s entrepreneurship in China as a new economic growth opportunity. This report used Goldman Sachs' 10,000 Women initiative in China as a case study, examining the trend in supporting women's entrepreneurship and the need for policy support. In recent years, there have been new opportunities and challenges facing Chinese female entrepreneurs. With new technology and the rise of e-commerce, women can be entrepreneurs online regardless of their background or gender; it almost equalizes their opportunity to be successful because their gender is no longer an issue. But on the other hand, rapid economic growth is creating new social challenges for women. For example, as China’s economy enters the “new normal” phase — slower growth and structural economic reforms — a large number of unskilled women from rural areas who no longer have factory jobs need to look for new opportunities in other service sectors. It presents a new opportunity for some but also poses new social problems. So how does the government create an environment to support people who have the potential to be successful entrepreneurs? This is a policy question. China’s leadership has recently been promoting the idea that “everyone can be entrepreneurs and everyone should be innovative.” It is clearly a government priority to support entrepreneurs.