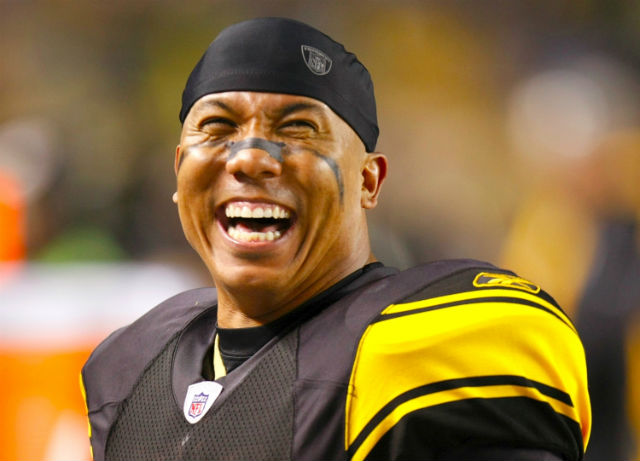 In his 14 seasons with the Pittsburgh Steelers, NFL wide receiver Hines Ward became the team’s all-time leader in receptions, receiving yards, and touchdown receptions. A four-time Pro Bowl selection and two-time Super Bowl Champion, he was voted the Most Valuable Player of Super Bowl XL in 2006. Aside from professional football, Ward also won the reality TV series Dancing With The Stars in 2011, made a cameo in the film The Dark Knight Rises in 2012, and competed in the Ironman World Championship in 2013. He is currently an NFL analyst for NBC’s Football Night in America.

Ward was born in Seoul, South Korea in 1976 to a Korean mother and an African-American father. He moved to the Atlanta area as a one year-old, where he was raised by his single mom, Young-He Ward. In 2006, Ward returned to South Korea for the first time, spending 2 months addressing the discrimination of mixed-racial children in the country and encouraging social and political reform.

Ward spoke with Asia Blog via email and reflected on his time with the Pittsburgh Steelers, his experiences in South Korea, and his post-NFL adventures.

You spent all 14 seasons of your NFL career with the Pittsburgh Steelers. What made your team special to you, and what was your proudest accomplishment with them?

Aw, man. I've said it before and I will always say it: I played for the greatest organization in the world in the Pittsburgh Steelers. They have a rich tradition of winning in football and I was grateful when they took a chance on me in the third round of the NFL draft. With the Steelers, it's not just about winning. It's about a band of brothers, your teammates, and the bond we all had as teammates. To play in the cold and the elements, you have to be a strong and tight knit team. That's what we were. And the fans are incredible. Steeler Nation always stood behind me no matter what I did. Whether it was football or Dancing with the Stars, Steelers fans gave me everything they had. And that's why I left it all on the field for them every game.

My greatest accomplishment with the Steelers was winning two Super Bowls for the franchise and the fans. To be a part of that team that made the Steelers the only team in football with six Super Bowl championships is special to me. Of course, winning the Super Bowl MVP in our first one was also great, but for me, it's about the team, my brothers, the city, and the fans. To be able to do that for all of them is something I will always cherish.

How has your experience as an NFL analyst in the last couple of years changed your perspective on the league?

It really hasn't changed my perspective on the league, but my perspective on broadcasting has definitely changed. I used to think, "How hard can it be?" But after being around the best in the business in Bob Costas, Chris Collingsworth, and the guys, I have been very humbled. I never knew how much it took to be a great broadcaster and I'm still learning my way. I am blessed to be learning from the Mt. Rushmore of broadcasting. 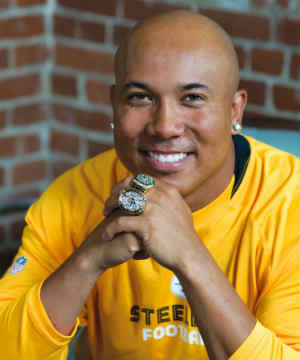 You returned to South Korea for the first time in 2006 after winning your first Super Bowl. How did that experience impact you?

It's really indescribable. I never knew that the reaction would be as great as it was. Before I went, I was a little nervous. I knew how my mom felt and how she was discriminated against because of me. So when I got there and saw the entire country so proud and supportive of both my mom and me, it was overwhelming. It made me really proud of my Korean side and I am still grateful to the Korean people for their continued support and love. Kamsahamnida!

President Obama appointed you to his Advisory Commission on Asian Americans and Pacific Islanders (AAPIs). What kind of message did you share with your audience while serving in that role?

That was a big honor, to be a part of President Obama's Advisory Commission on AAPI's. The main message I wanted to share in my role there was that even though I am a mixed blooded Korean-African-American, I do care about my Korean heritage and do want to see how we can improve relations between the government and the Korean people living in the U.S. It was a great experience and a true honor to serve my country and my Korean community in this role.

In the last few years, you won Dancing With The Stars and completed the Ironman World Championship in Hawaii. What’s your next challenge?

Haha. I am not sure yet what my next big challenge is. I know my agent Andrew Ree is always trying to find ways to challenge me, professionally. He knows my competitive nature and he believes in me. I know that whatever that next challenge is, I will face it like I face everything in life: with an open mind, humility, a determined and dedicated heart, and a "never quit" attitude. I believe that you can do anything you set your mind to, if you dedicate your time and commit. I live by what I believe my last name stands for: W.A.R.D. - "Will Always Rise above Difficulty." So stay tuned.