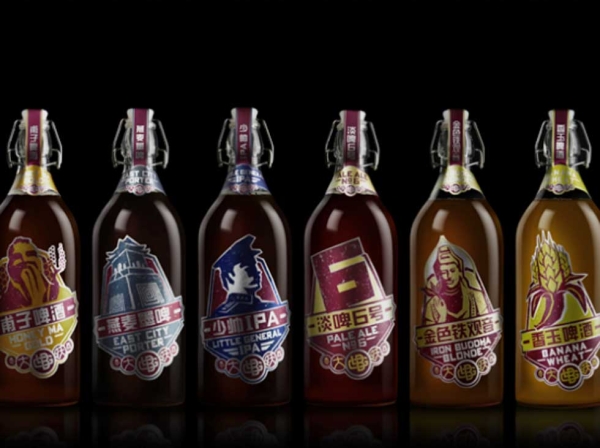 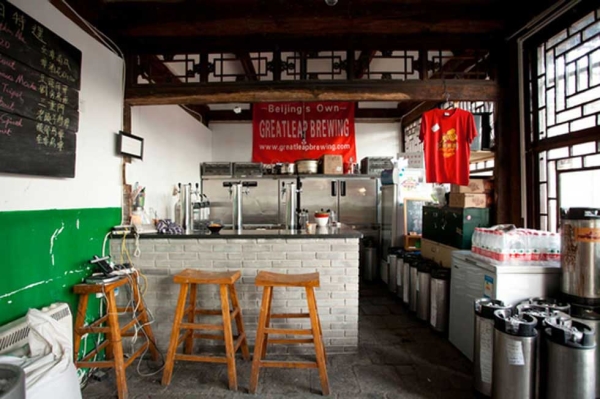 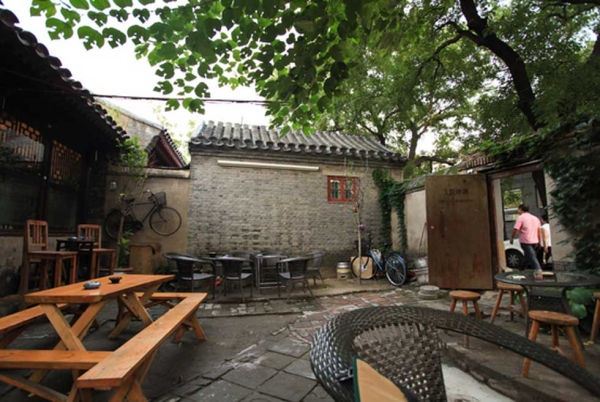 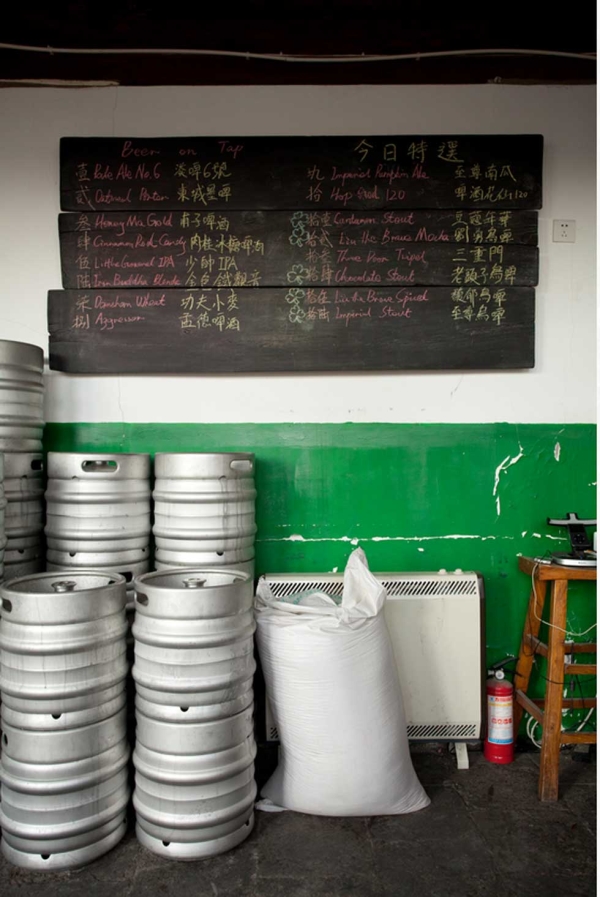 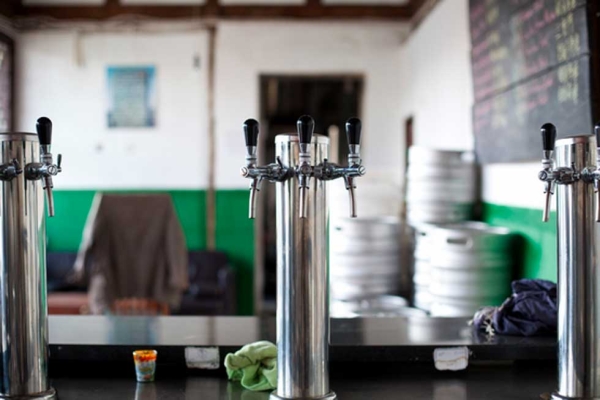 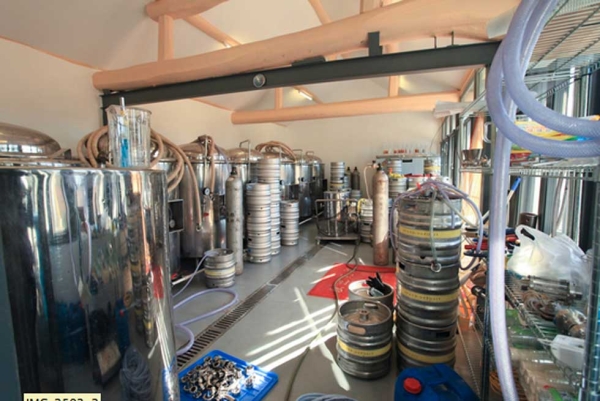 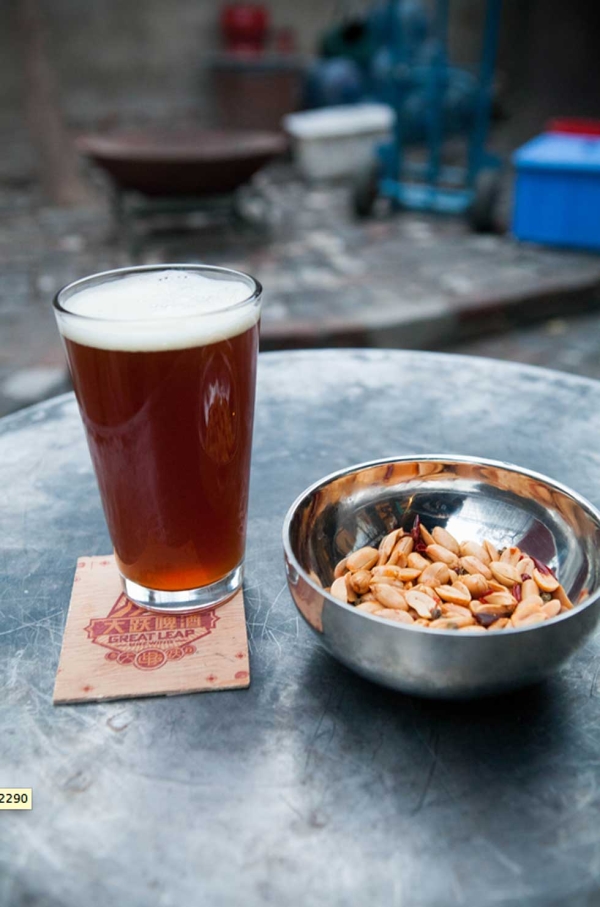 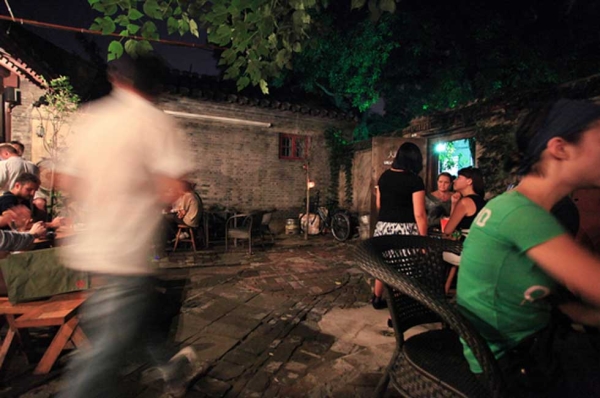 China's craft brewing niche has made considerable steps in recent years. The country is already the world's biggest beer market, with consumption recently reaching 50 billion liters annually. But signs are growing that Chinese tastes are evolving past mass-produced lagers to the kind of innovative, higher-quality brews favored by connoisseurs elsewhere in the world. According to Forbes, for instance, the number of brewpubs in Shanghai alone has doubled since 2010.

Great Leap Brewing co-founder and brew master Carl Setzer is a Cleveland native who has lived in China since 2004. Located in a traditional hutong in Beijing's Gulou neighborhood, Great Leap Brewing uses traditional Chinese ingredients and spices, including Sichuan peppercorn, coffee beans from Yunnan province and unusual Chinese teas to make their beers.

Asia Blog talked with Setzer about producing quality beer and the growing appeal for microbreweries in the most populous country in the world.

Why do you think your business has been successful and able to appeal to the Chinese consumer?

I think that our business has been successful because we care about our product and our customers see that on a daily basis. Its a simple reason, but most companies are copies of a copy of a copy and the quality of their product may stand up to the simplest health and safety scrutiny, but it doesn't have any evidence of passion or creativity, so it does not succeed. Since we opened our doors we've aimed to convince Chinese drinkers that China can be the source of great beers that are made in China, with Chinese ingredients and using Chinese equipment. This is a long process, but once you win that market the scalability is monumental in its potential.

One of the other reasons why our product appeals to Chinese consumers on a base level is because it incorporates Chinese cultural elements in the beers themselves and also incorporates Chinese literature and historical references in the naming and branding of the beers. Two good examples of this would be our Iron Buddha Blonde Ale and our Little General IPA. The Iron Buddha Blonde uses tie guan yin wu long tea during the brewing process, which gives the beer a floral note at the end. The name "Iron Buddha" is one way to translate the tie guan yin (铁观音), or the iron goddess of mercy.

The Little General IPA, on the other hand, is a "purity law beer," meaning it contains only malted barley, hops, yeast and water, but the name is unique because it is an homage to Zhang Xueliang (张学良), a patriotic hero for both mainland China and Taiwan. The nickname "Little General" is a reference to his father (张作霖), a notorious warlord in China's Northeast region. Zhang Xueliang grew from a spoiled brat with an opium habit into a symbol of China's future unity against the Japanese during the occupation when he kidnapped Chang Kai-Shek and convinced him to join the KMT's strength with that of the Communist forces. Upon Chang Kai-Shek's agreement with this plan, Zhang Xueliang immediately surrendered to Chang's personal guard and spent the better part of his adult life under house arrest with Chang's forces in both mainland China and Taiwan. He was released as an old man and relocated to Hawaii to live with relatives in peace. He died at 99 years old, never having returned to mainland China nor Taiwan after his release.

We take pride in the recipes, names and stories of our products and so far our Chinese customers also take a lot of pride in that.

There is a large population of expats in the capital city. Does the microbrewery industry in China need a foreign population to sustain it?

When we first started we saw an overwhelming customer base from expat drinkers, but entering our third year, and the opening of our flagship brewpub in the San Li Tun area, we see that 60% of our drinkers are now Chinese, whereas 40% are foreign/expats. This gives us a lot of hope for the future of our brand as it enters second- and third-tier markets in China.

We often hear about the burgeoning craft beer scene in Beijing and Shanghai — Slowboat brewery, Shanghai brewery, Boxing Cat, and the Brew, for example. With interest rising among Chinese citizens, do you see brewing operations spreading to other cities and becoming popular there?

You already have evidence of this in second- and third-tier cities. China's largest (and most impressive, in my opinion) brewpub is actually in Suzhou and is managed by the Taiwanese brewing company Le Ble D'or (金色三麦). It's a cavernous 2,000-square-meter space and houses China's largest on-site brewing system. There are also other examples in Qingdao, Dali, and Chengdu, but personally I tend to think that a company's success is measured on the size of the risk they take vs. the return on the investment made out of that risk. Once you start seeing professional brewpubs with clean, logical designs that produce a healthy and contamination-free product, that is when you can say that craft beer is truly "taking off," because after all, there is only good beer and bad beer.

For many, China has become the new land of opportunity, particularly since the global economic crisis of 2008. However, there are also serious challenges for those looking to do business in China. You have to deal with competition, business culture and etiquette, and language barriers. Is there any advice you would give to young American entrepreneurs looking to get a foothold in the Chinese market?

The biggest piece of advice would be to study Chinese earnestly before you go into business in China. But at the same time, know your limitations and build a management team that can foster a sustainable business. Do not trust people that ask you to sacrifice your business ethic in exchange for a quick solution to a larger problem. There is no magical way to do business in China. There is only case-by-case experience and know-how. China allows for foreign-invested, foreign-owned domestic companies, so know the law and know your rights.