Interview: 'Fresh Off the Boat' Star Randall Park on Being an Asian-American in the Comedy World | Asia Society Skip to main content

Interview: 'Fresh Off the Boat' Star Randall Park on Being an Asian-American in the Comedy World 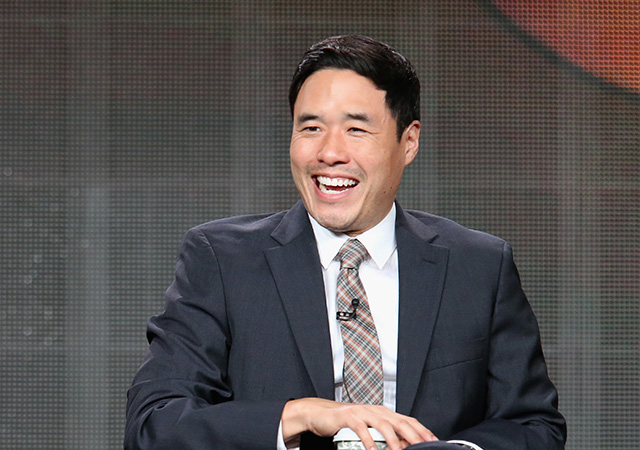 Armed with a bachelor’s degree in English and a master’s degree in Asian American studies from UCLA, Randall Park once considered becoming a professor, writer, or even an architect. Instead, the 42-year-old dropped those ambitions for an acting career that allowed him to take on a decidedly more eclectic set of parts: the governor of Minnesota, a Florida restaurateur and family man, and, perhaps most notably, a North Korean dictator.

In an interview with Asia Blog, the Los Angeles native reflects on his path to becoming an actor, his comedic influences, and the importance of having Asians represented in the entertainment industry.

What made you decide to pursue acting as a career? Did you ever consider another profession?

I fell in love with acting while I was a student at UCLA. I was flirting with the idea of becoming a professional writer or a maybe professor. I majored in English with a specialization in creative writing along with Asian American Studies. A couple friends and I were working on some full-length plays, and we decided to form an on-campus Asian American theater company to have them performed. Shout out to LCC Theater, over 20 years strong! Anyway, I ended up filling out one of the smaller roles in this play I had written, and I found myself on stage for the first time, performing to a packed audience. That’s when I knew that I loved performing.

But I didn’t decide to pursue it as a career until many years later. Acting just didn’t seem like a viable option. I didn’t have any connections in the industry, and I had little support from my family. Also, there just weren’t a lot of Asian-Americans on TV or in the movies. It didn’t seem possible. So after I graduated, I spent the following years doing odd jobs full-time. But then, I'd do plays and stand up comedy on the side, as a hobby. Then, one night after performing in my friend Mike Golamco's play, a TV executive from FOX approached me and told me that I should consider pursuing acting professionally. I figured, if someone in the industry believes in me that much, I may as well go for it. I was around 28 years old at the time, and I haven’t looked back since.

For your role in The Interview as Kim Jong Un, you’ve said you wanted to portray the infamous leader in a comedic, humanizing way. Was there ever hesitation to make light of a current volatile issue? Was there backlash from the Korean-American community?

Of course there was hesitation. With any role I go out for, I put considerable thought into it, but especially with this one. When I read the script, I thought it handled the issue in an intelligent way. I never saw it as making light of a volatile issue. I wouldn’t have gotten involved if I believed that the movie was making fun of the North Korean people or what they’re going through. I always feel that comedy, at its best, tackles issues that are controversial, polarizing, volatile, and sheds light onto those issues and the people involved. My hope was that it would expose what’s going on there to people that didn’t know or didn’t care to know about the situation. Before going into production, I met with a lot of people in the community involved with North Korea issues. When I told them about the project, I never encountered any backlash. Everyone I talked to was in fact very supportive. When the movie came out, of course, no one was prepared for the craziness surrounding its release. But even then, I personally experienced very little backlash from the community.

Most of your work has been in comedy, a field where Asian-Americans are stereotyped the most. Do you think comedy is moving away from these shallow portrayals? If so, what do you think has contributed to this change?

Yes, I do think comedy is moving away from blatantly stereotypical portrayals of Asian people. But I will say that stereotypes are still prevalent, but in a more nuanced way. I think part of this has to do with the fact that a side character can only do so much. Their function, by nature, is to support the lead (most often white) character’s storyline, usually at the sacrifice of their own character development. Often, in these instances, race will exist as a form of shorthand. He’s Asian, so let’s assume this character is smart. He speaks with an accent, so let’s assume that he’s foreign. Whereas, it’s the lead characters who we get to know in depth — their history, their hopes, their fears, etc. My hope is that we get to see more Asian American leads in mainstream movies. Especially in comedy, because I love comedy, and yes, American comedy has had a rich history of lame Asian-American portrayals. But no matter the genre, I believe that once we start having more lead roles, more Asian-American movie stars, we'll start seeing more Asian-American characters as fully formed human beings. I think that television is leading the charge in that regards. I’d also say that people in general are more conscious of these issues. I’m sure social media plays a part in this. Asian-Americans are more vocal. We’re tired of the same old crap. And I think that the outcry has been heard within the industry. And it definitely helps to have more producers and writers and directors and executives who actually care about this stuff.

For many, Fresh Off the Boat is the first depiction of an Asian-American family they’ve seen on national TV. Being born and raised in Los Angeles to immigrant parents, what would it have meant to you to see something like the Huang family on TV growing up? Where in pop culture did you turn for role models?

As an '80s kid, my role models were same as most other kids — actors, athletes, musicians, professional wrestlers, a lot of rappers. Other than my parents and of course Bruce Lee, most of my childhood role models were not Asian. It would have meant the world to me to have seen a family like mine on television. By the time I got to UCLA, I discovered a lot more heroes that look like me. I was a huge fan of Margaret Cho. I still have all of her CDs. Around that time, her show All-American Girl came out, and I remember watching it every week. Just to see an Asian-American family up there on television felt cathartic in a way. Today, with so many more Asians on TV and all over YouTube, I don’t know if Asian-American kids feel that same way I did when I first saw All-American Girl, but I do hope that all these images give them the deeper sense of confidence or belonging that I didn’t get to really experience until my college years.

What do you think Danny Chung would have to say about the current crop of presidential nominees? And what scares you more — politics on Veep or politics in real life?

Danny Chung would say that sadly, it's all the same old politics as usual. And then he’d remind everyone that he once saved a man from a burning tank. Veep is my favorite show on TV because it’s like a real glimpse into our political system. It’s not parody, it’s just like the real thing. But still, nothing is scarier than politics in real life.