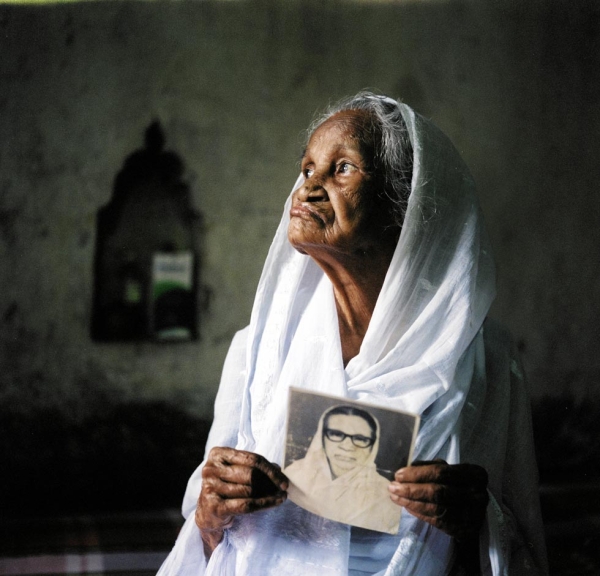 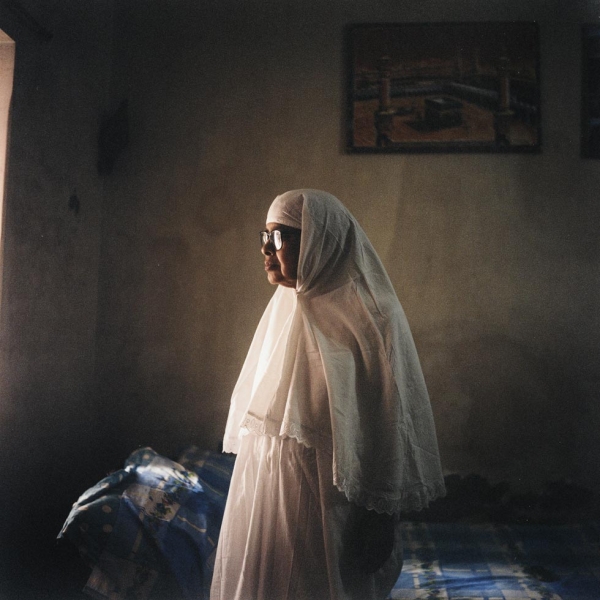 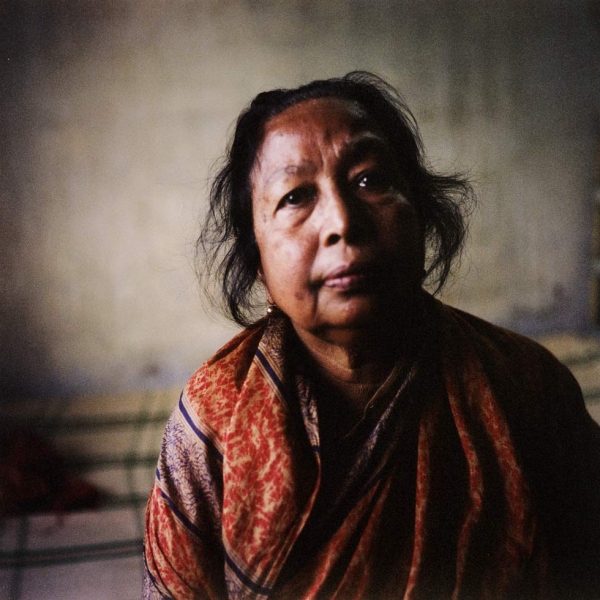 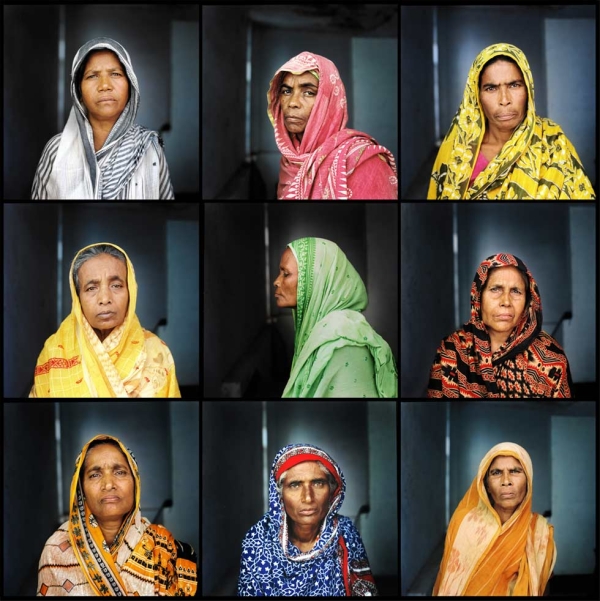 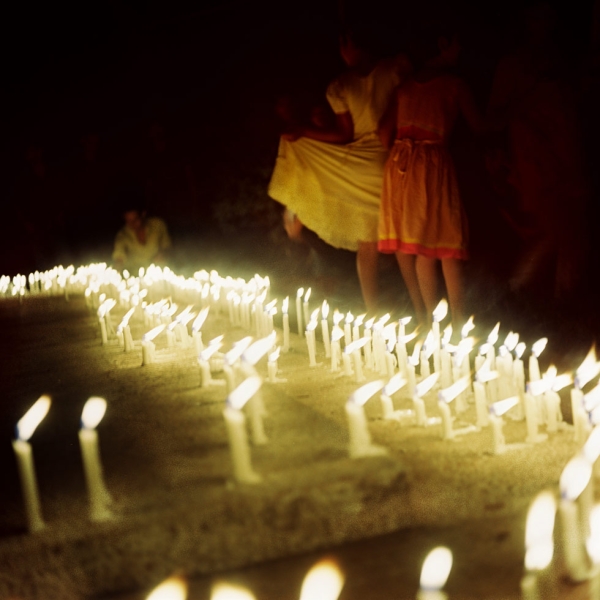 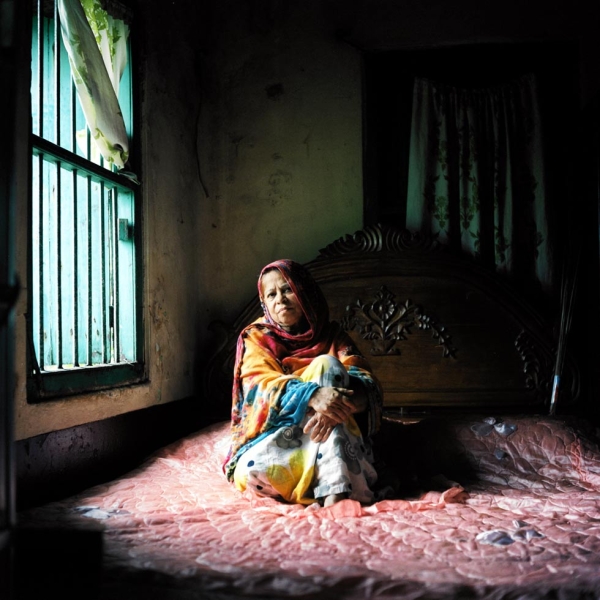 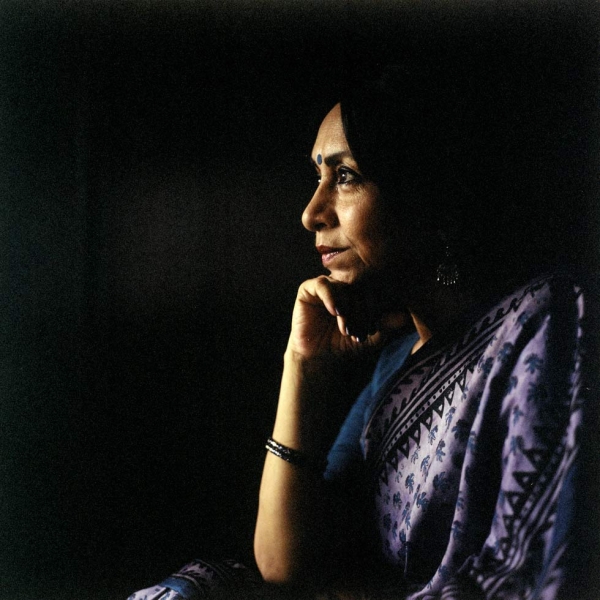 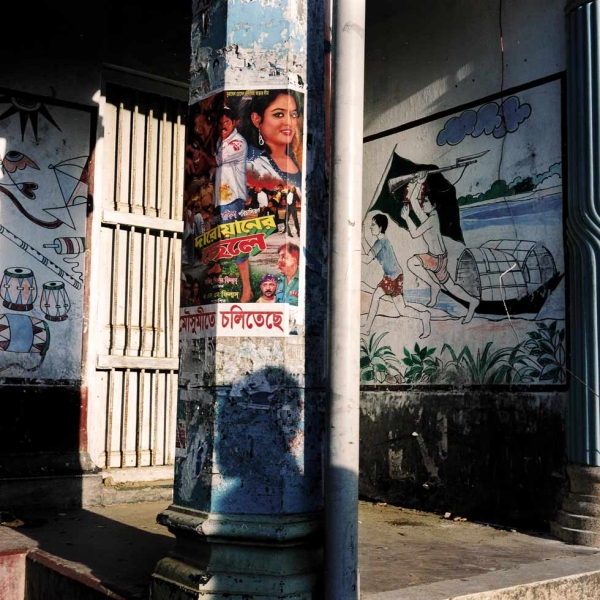 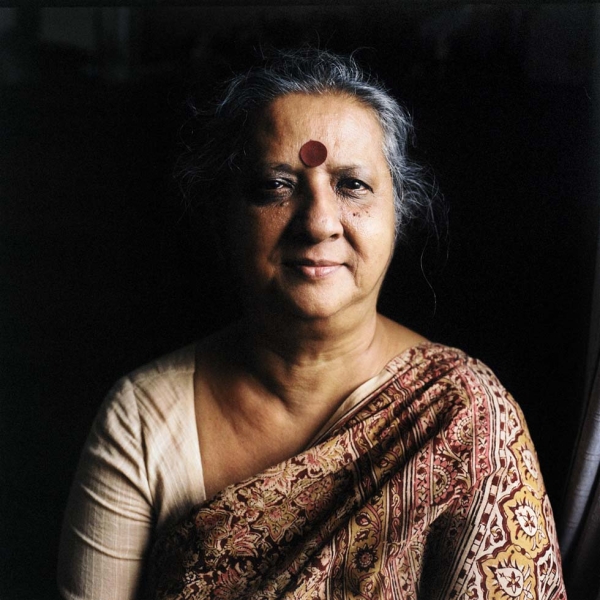 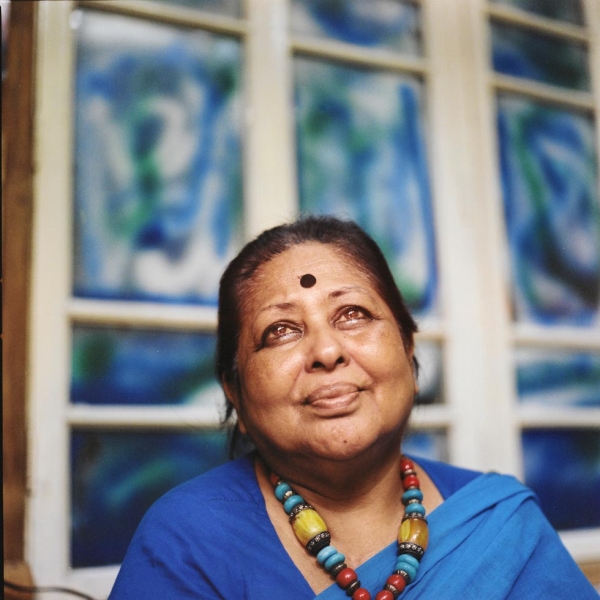 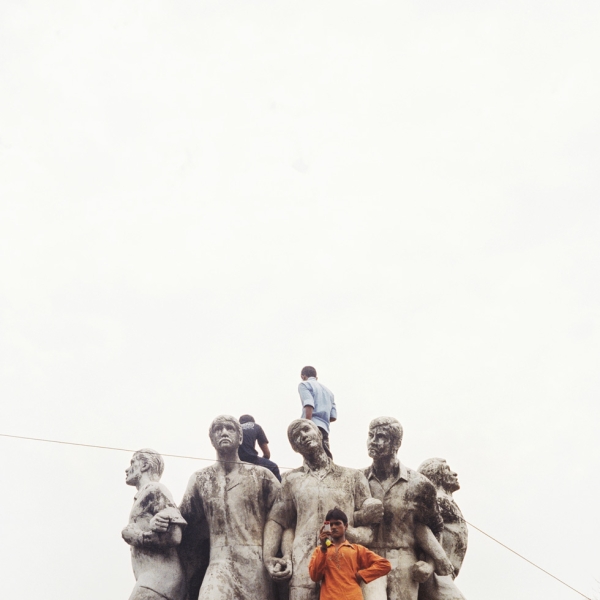 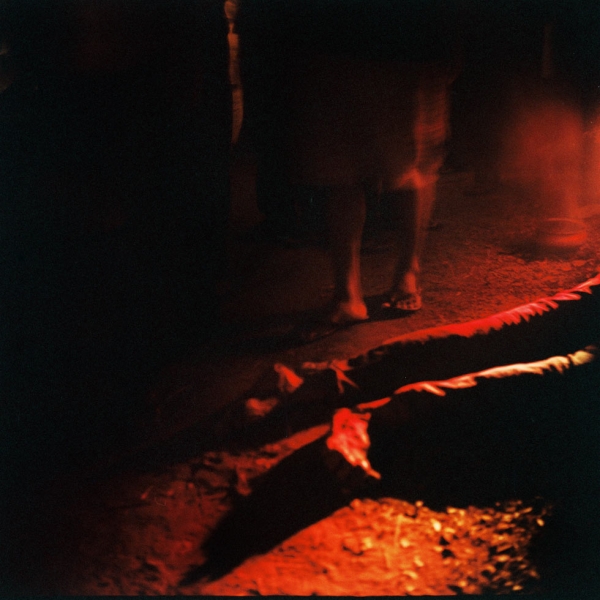 In 2010, then-Fulbright Fellow and photographer Elizabeth Herman offered a unique perspective on the 1971 Liberation War — a nine-month long battle in which East Pakistan waged war with West Pakistan to become Bangladesh.

Bangladeshi women are typically portrayed as victims of sexual violence perpetrated by the Pakistani army. But Herman, from Boston, spent a year talking to women who served as combatants, informants, smugglers, and nurses. “These women were raped specifically because of their active roles,” she told Asia Blog via email.

“For example, a woman who was collecting information from a West Pakistani military camp was abducted during a mission and held in a sex camp for the remainder of the war. Yet, in remembering her role, she is only cited as a birangona (heroine), not as a mukti juddha (freedom fighter), the title given to those who fought during the war.”

The gallery above showcases some stories of these freedom fighters who continue to struggle to find their place in Bangladesh’s history. Our interview with Herman is below.

What was your inspiration for taking on this project, and why is sharing the women's perspectives important to you?

I began this project in the summer of 2010 in Vietnam, speaking with women who fought with the North Vietnamese Army in the war against the United States.  As an American, the Vietnam War is a history that is often glossed over in schoolbooks and left unaddressed in classrooms, and is only covered in certain ways in popular media.  I wanted to explore the issue through a different lens, to hear it from a Vietnamese perspective, and specifically from a woman's perspective. The project developed from there — learning about the dual roles that these women filled during the war, of both caretakers and fighters, was fascinating.  I knew I wanted to continue the work, and when I found out that I was moving to Bangladesh for a year, I decided to see if I could pursue the project there.  In addition to doing photography, I had been researching the politics of writing and editing history for the past few years — how the past is used for the political gains of the present — and was interested in learning more about why certain voices are included in history while other are left out.  This project, to me, was a way of making this issue personal — listening to the stories of women during the 1971 war provided an alternative perspective on a historical event that has a very specific version of history dictated by the government.

What was the Language Movement and how did it influence women during the war?

The Language Movement was born out of the order by Muhammad Ali Jinnah in 1952 to declare Urdu the state language of Pakistan, then broken into two wings — West Pakistan (now Pakistan) and East Pakistan (now Bangladesh) — on either side of India.  While Urdu was used by the West Pakistani elite, Bangla was the main language of conversation in East Pakistan, with most Bengalis having little to no knowledge of Urdu.  Protests were staged throughout East Pakistan as part of the Language Movement, which many cite as the roots of the Bangladeshi liberation movement.  Many women were either themselves personally engaged in the Langauge Movement, or saw their parents and elder family members participating, and so when the 1971 war broke out, those women who had already been actively involved in the Bengali nationalist movement, or had been growing up in the heat of it, became actively engaged in the war.

What were the different roles women took up during the war? How did these impact them after the war?

This was the most interesting part of the project. In official histories of the Liberation War, women are remembered mainly as victims of sexual violence perpetrated by the Pakistani army.  In 1972, after the conclusion of the war, the first prime minister of Bangladesh, Sheikh Mujibur Rahman, gave women raped during the war the title birangona, which is often translated as "brave woman" or "war heroine."  The term was meant to create a space for the violated women in a society where rape is largely a taboo topic and is often seen as the woman's fault.  Financial and land rewards were offered to men who married the women in the hope that birangona would be more quickly rehabilitated.  Yet the titling and incentives quickly backfired; the term was soon seen as a mark of shame, and many of the men who accepted the offer ended up leaving their new brides quickly after they received after the rewards.  Women became loath to identify as biroghona, instead hiding their histories for fear of ostracism.  Furthermore, the official histories would often only quickly acknowledge the suffering of the thousands of women who were raped, saying that they "gave their dignity for their country," thereby grouping them together and refusing to acknowledge individual histories.

Having read these narratives going into this project, I was curious to know what other roles women served during the war.  There was little to no acknowledgment of active roles taken by women during the war, with very little discussion of women as warriors.  In history books, the role of fighter was one left to men.  I decided to investigate and see in what capacity women participated in the liberation movement.

What I found was that women were involved in the war in a variety of ways; while it was true that thousands women were raped, there were also many who acted as spies and weapons smugglers, who took up arms and fought — both those who disguised themselves as men and those who served openly as women, who provided medical care in hospitals and in homes, who cooked food for and hid other fighters.  In fact, for many women, they were raped specifically because of their active roles during the war.  For example, a woman who was collecting information from a West Pakistani military camp was abducted during a mission and held in a sex camp for the remainder of the war.  Yet, in remembering her role, she is only cited as a birongana, not as a mukti juddha (freedom fighter), the title given to those who fought during the war.

For many women, the war served as a turning point in their lives.  Many said that it changed the course of what they wanted to devote themselves to, with many becoming social activists - some focusing specifically on women's empowerment — following the war.  For others, it was a powerful experience, but one that had to be hid following independence.  A social stigma surrounded women who fought, particularly in the more rural areas of the country, where women who were active during the war were seen as loose and undignified, having served next to male soldiers.  Nevertheless, each woman cited the liberation movement and fight as a key, defining point in their lives.

How did you approach the women and how did they respond to you? Has their story been told before?

I found many of the women through organizations and personal contacts that I had in Dhaka, and then through those individuals' contacts in the countryside.  Often, meeting different women was a matter of complete serendipity; I would be at an event talking about my project with someone, who would happen to know a fighter that I should speak to.  Other times, it was with the help of my wonderful research assistant, Shimul Khan, who has a vast network of friends and activists throughout the country from her studies and work as a journalist.  The vast majority of the women that I approached were eager to speak, having shared their stories very few times before, with some never having told their tales in full before.

I was very aware of the fact, however, that I was missing a number of women who were extremely difficult to contact, often because they did not want to speak openly about their participation in the war due to the stigma associated with it, as explained above.  While there's no way to get around this, I think it's important to acknowledge that the stories that I collected are just a small handful, from a group of women who agreed to openly share their stories, either because they have supportive families and communities, or because they have decided to actively challenge the status quo in Bangladesh.

What was your perception of women's roles during the war when you first started the project?

Looking back, how have your views changed? I didn't have any idea what to expect going into this project; as there has been very little written on the role of women in the war, I had no idea what capacity women served in the war.  Now, I have a much more complete image of the range of ways in which women contributed, and in producing this project, I'm hoping to offer another version of history to add to the existing narratives on the war.  One of the things that has challenged me the most is the degree to which lines are blurred when speaking about fighters and victims; when I began the project, I was seeking to offer an anti-victim narrative, speaking to women who actively fought, as those who have been featured in the past consisted of mostly victims of rape, widows, and mothers who lost their children.  But as I spoke to more women, I found that the distinctions were highly blurred; as I said above, many of the women who were victimized were targeted specifically because they were taking an active role in the war.  Now, at the other side of this project, I see that there's a need for a more nuanced version of history that can paint a more complete picture of these overlaps, a version that can combat the more reductionist narratives that exist surrounding the 1971 war.

What surprised you the most during the project?

I think the aspect of the project that surprised me the most was the openness and the candidness with which people would share their story with a complete stranger.  I approached these women with nothing but my camera and a few questions, and so many opened up and revealed incredibly difficult moments from their lives to me.  Their openness and desire to provide an alternative version of the history was phenomenally motivating and was at the core of what pushed me to continue the work, even when it was extremely challenging to do so.