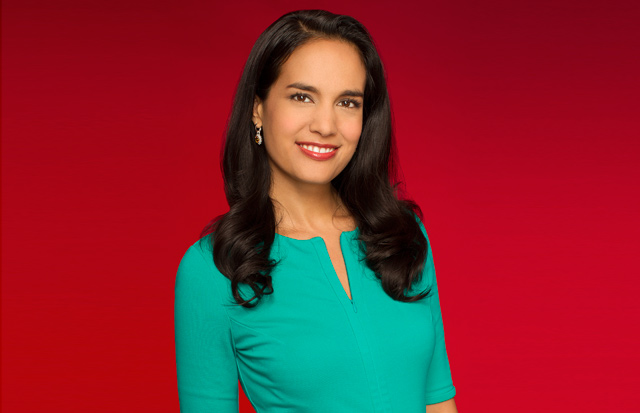 Award-winning anchor and correspondent Kristie Lu Stout (@klustout) has been a fixture on CNN International for more than a decade now. She hosts the daily news program News Stream which airs weekdays at 8 p.m. in Hong Kong, 1 p.m. in London and 8 a.m. in New York. Kristie also hosts the monthly show On China. We reached out to the self-professed "media junkie," "China nerd" and "geek mom" via email.

Your father is European-American, your mother Han Chinese from Taiwan. How strong was your Asian identity while growing up? And did it change much after moving to Asia?

I may not look fully Chinese, but I have often felt very Chinese in America. Many of my values are informed by my mother such as respect of one’s elders or a lifelong emphasis on learning and education. Chinese holidays were routinely celebrated in our household. And yes, “Haw Flakes” and “pork floss” sandwiches were routinely packed in the school lunch box.

When I first came to China in 1994 to study with the Princeton in Beijing program, I was motivated by a desire to better understand what it means to be Chinese. I went to China to study Mandarin and prove my “Chinese-ness,” but that changed when I witnessed the dynamism of mid-90s China. What I saw in Beijing then made me want to return as a journalist.

You started working for Wired in 1996 and then CNN in 2001. How has technology changed the way you do your job over the years?

Technology has empowered everyone in the world to become a reporter and even launch their own online news network. Yes, traditional journalism has a number of factors working on our side from vast editorial resources to an established distribution network. But in the networked age, I’ve had to up my game by embracing new reporting techniques and reaching my audience on a variety of platforms.

You are an active user of social media — heck you're even active on Google+. If you had to choose just one social media platform to use, which would it be?

I’m on social media to do three things: find out what stories matter to people around the world, interact with my viewers, and cover newsmakers who are increasingly getting social. But when news breaks, I often look to Twitter. When used correctly, it can be an powerful news wire for real-time information.

What are three China-focused websites you check every day? And why? Also, how do you consume news from sites you follow?

Every day I check out China Digital Times, the Sinocism newsletter, and a number of curated Twitter lists on China. I also regularly use news aggregator apps like Zite on my iPad for an early scan of the headlines before I head to the newsroom.

You're a very familiar face on TV screens in many parts of the world, and perhaps not so much in others. Where do you get recognized most often? And how do people usually react? Conversely, what are some places you can walk about largely unnoticed?

I am often recognized at the airport and on the airplane. CNN International reaches a vast audience of over 250 million households in 200 countries and territories around the world. And the demographic sweet spot is the global traveler who often turns to CNN at home in the gym and on the road in the hotel room.

But there are many, many places where I can walk about unnoticed — including my home base of Hong Kong. Thankfully, diners at a local dai pai dong are more focused on the food than anything, or anyone, else.

What's the one Asia news story you'll be watching most closely this year?

Through my new monthly show On China, I have been following a variety of stories and issues all of which continue to compete for attention. However, I’m keeping a close eye on a story that binds China to its neighbors, that is China’s own pivot to Asia.

As the U.S. makes its own strategic pivot in the region, China has been considering its relationships in its backyard. The nation is a cash power that is actively expanding trade ties with Southeast Asian countries like Laos and Myanmar. But given the ongoing tension with South Korea, Philippines and Japan over disputed islands in the South China Sea (and tension with Myanmar over China’s mineral mining) — will China lose the diplomatic war for hearts and minds in the region? This is a story I’ll be closely watching the year ahead.