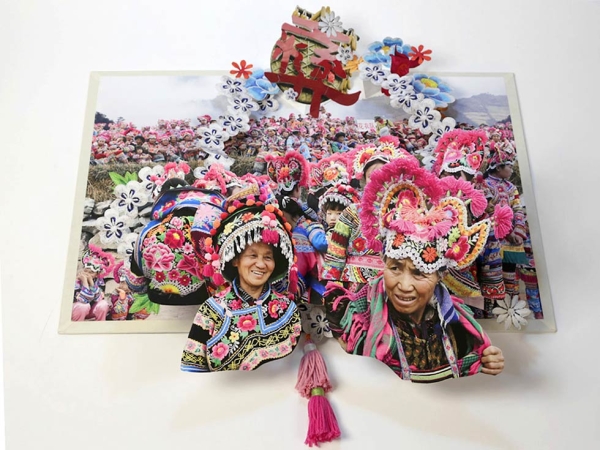 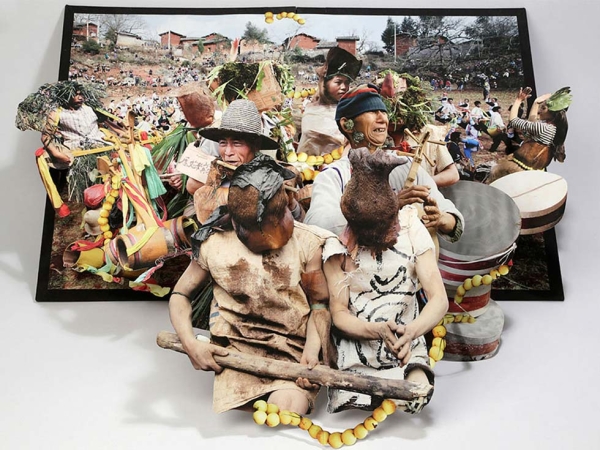 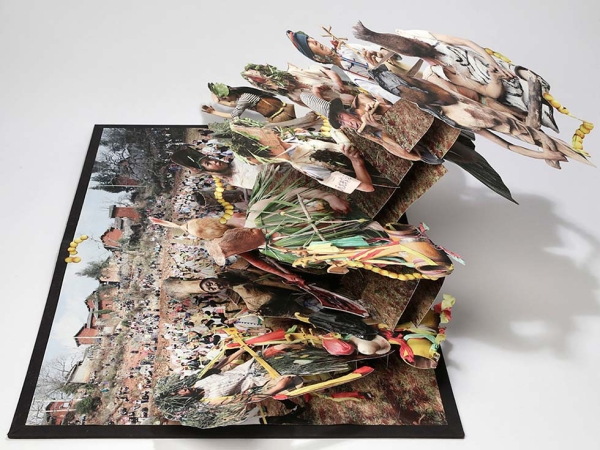 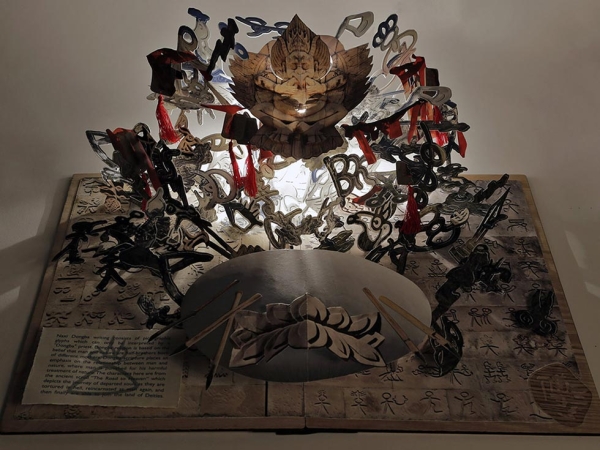 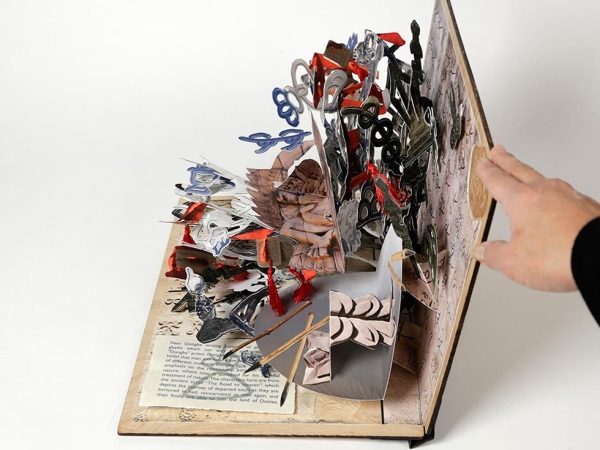 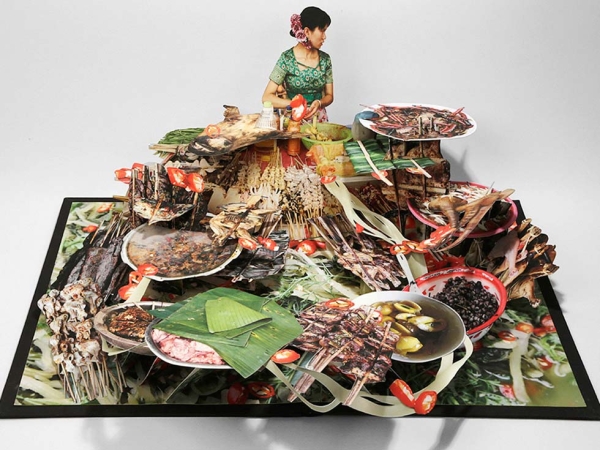 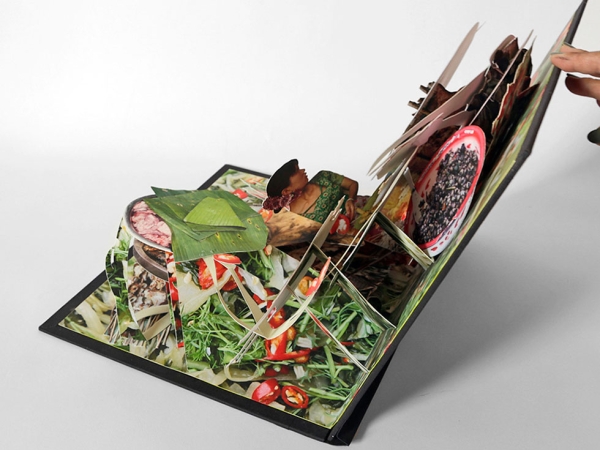 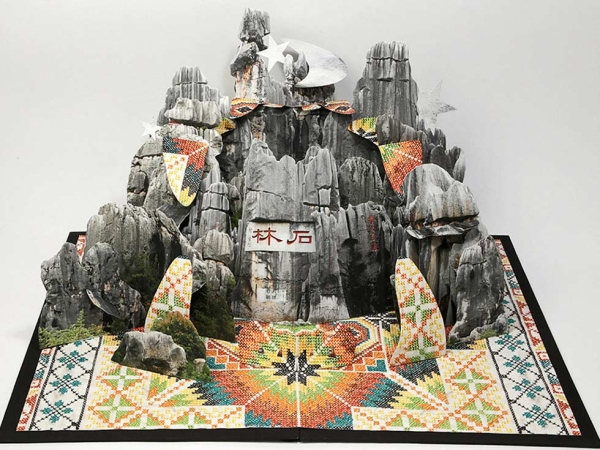 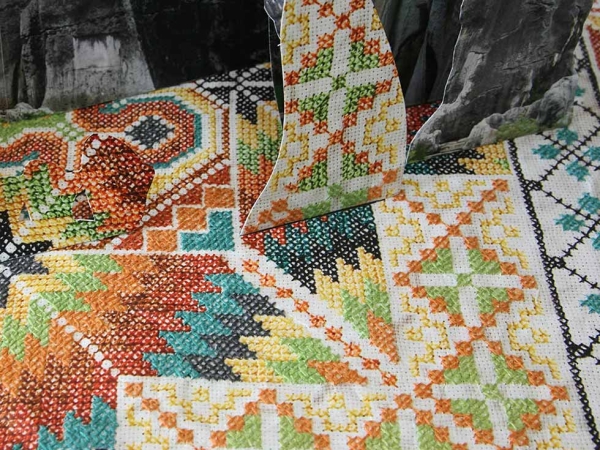 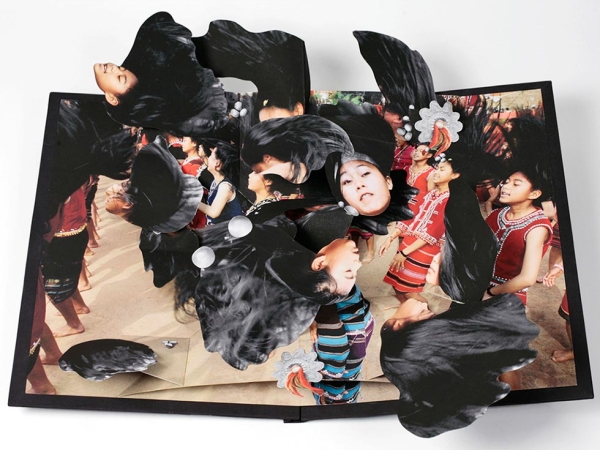 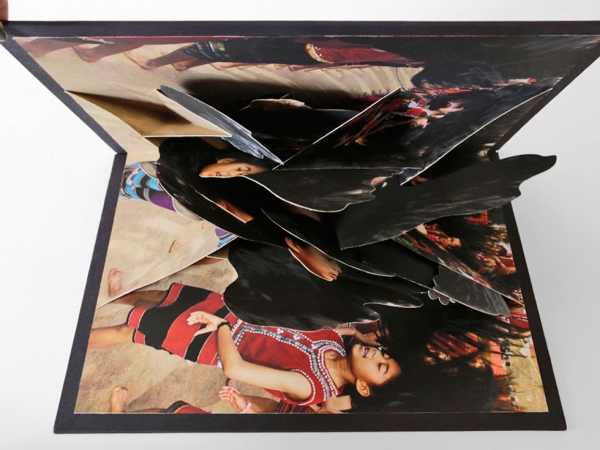 After receiving her MFA in Fine Art Photography from the Rochester Institute of Technology in 2003, Philadelphia-based visual artist Colette Fu delved into the world of pop-up art and taught herself how to create pop-up pieces after initially deconstructing a few works that she bought off of eBay. She has since then designed pop-ups for award-winning stop-motion animation commercials and has freelanced for clients such as Vogue China, Canon Asia and Moët Hennessy • Louis Vuitton. Her work is also included in the Library of Congress, the West Collection and many private archive collections. In order to share her love of the art and express how this particular medium is an effective way to share stories, Fu also teaches pop-up courses and community workshops to marginalized communities at various international art centers, universities, and institutions.

In 2008, Fu received a Fulbright Fellowship to travel to China's Yunnan Province and photograph the 25 ethnic minorities of her mother's hometown. That journey culminated in her latest pop-up book, We Are Tiger Dragon People, which reflects the community's rich local histories, traditions, and tastes in colorful and vibrant collages. These books may be purchased directly from Fu or through the Brooklyn Artist Alliance. Two of her books will be on display at Booklyn's LA Book Fair from January 31 to February 2.

We caught up with the artist to learn more about both the personal and professional experiences that went into this project.

These books are colorful, vibrant and dynamic. Where does your inspiration come from?

The ethnic minority tribes are much more colorful, vibrant and dynamic than my books. I first went to China in 1994 to teach English at Yunnan Nationalities University in Yunnan’s capital, Kunming. I had just graduated with a French degree and had no motivation to start a career with it. I was a sensitive, shy, but creative child and grew up in the suburbs of New Jersey not proud of my Chinese heritage. In Yunnan I discovered that my great-grandfather was a member of the powerful black Yi tribe, and governor and general of Yunnan during the transitional years of WWII.

I stayed in Yunnan for three years; it was these experiences that helped me find a new sense of pride and identity and encouraged me to pursue a profession as an artist. There sparked a new sense of identity, pride and acceptance, and since leaving Yunnan in 1997, I wanted to return and make a project of the colorful lives of the people there. I hope that my books can act as a bridge to present diversity as strength instead of difference as weakness. Recognition and celebration of diversity in others and ourselves leads us to stronger identity and involvement with the world.

How are these 360-degree portraits an effective medium for representing the people and traditions that you encounter? How do they, as you say on your website, help you understand the world around you?

Visual storytelling, especially in pop-up form, sparks a curiosity to make, share, and read a story and turns it into something a lot more intriguing. Papercutting in China was an inexpensive way to decorate homes with auspicious symbols. Movable books in the Eastern world were originally used to illustrate ideas about astronomy, fortune telling, navigation, anatomy of the body and other scientific principles. This history prompted me to construct my own pop-up books reflecting ideas about how we relate to society today. With the generous support of artist residency programs, I am able to travel around the world to make my art and share stories.

What are some differences in the way you portray the Yunnan province and address misconceptions of the rich ethnic diversity there? What are some steps that we can take to de-center these notions?

Although my mother is Yi minority, when I was growing up she did not tell us, as my parents wanted us to grow up completely “American.” Unlike today, where bilingualism is encouraged, my sisters and I did not learn Chinese language growing up. Most people outside of China do not know there are 56 ethnic groups within China. These groups have customs, histories, religious practices, languages and lifestyles that greatly differ from their Han-majority neighbors. Exploring from the outside, with one foot inside, my view is a personal view much like that of a child’s. I am interested in showing, empowering and celebrating much of what is not part of China’s picture in the news. There is something that intrigues me about the powerful women there that differs from our mainstream Western world of racial and gender stereotypes.

Cultural tourism development has its advantages and disadvantages; the basic needs of the villagers improve but their customs and traditions change and get lost. While I am directly unable to help these groups preserve their identity and ways of living, I can only use my skills as an artist to spread knowledge and provide just a brief portrait of their existence, from the heart.

Describe for us your approach to your work — from meeting people to taking their pictures and, finally, to the actual process of putting your books together.

I travel to places alone or find someone to go with me. My budget is tight, so I don’t travel with a translator — so I am unable to engage in deep conversation and refrain from asking a lot of questions. I like to find children to accompany me while walking around and taking pictures. I stay in guesthouses or in people’s homes. I have found the longer I stay with people and the more I get to know them, the less I want to take pictures of them. I did not make any work of my family or friends.

I am unable to work on engineering the pop-ups while I’m in China. I’m still used to using film, so although I use a digital camera now, I don’t actually take that many photos. I try to take frontal photos, full bodies, side or back angles, and keep shadows minimal. I do not like to carry a lot of equipment as it’s not safe, the weather is unpredictable and a camera can become quite heavy after a few hours. I also don’t want to bring attention to myself.

When I return to the U.S., I look at my images and try to collage a story from them. I digitally create a sketch on the computer and then make black-and-white prints into a pop-up prototype; this helps me focus on the form and the shape before working in color. When I have figured out the kinks, I switch to color and then add what I need to complete the story.

All of the photos I use are from after 2008. I have yet to digitize the film I took in the '90s. I'm going back to China for six months in February to make more pop-up books and when I return I hope to exhibit and publish the whole series to make it more accessible to a wider audience.

What were some "Aha" moments for you in your fieldwork?

My travels in 1996 were full of "Aha" moments. By then I was fairly fluent in Yunnanese and was able to travel alone. I took a bus to an area closed to foreigners in Daliangshan 大凉山, the Greater Cooler Mountains of Sichuan Province. I sat next to a young Yi man who was wearing a wool cape and had a tuft of hair towards the front of his head. The trip was long and the man spoke Yi dialect to me the whole ride. I was wearing a green scarf around my head that many of the women wore and I didn’t speak so not to draw any attention to myself. We stopped for the bathroom and the Yi man came back with two boiled eggs and two fried oil twists (you tiao) and gave me one of each with a big smile. That was my biggest Aha moment; I almost got off the bus and almost followed him to his home. I’ve done that before but with older women who didn’t want me to stay in the local guesthouse alone.

On another trip I took the train from Chengdu to Xichang, the capital of Daliangshan, to attend the Yi Torch Festival. When I got there, I saw no sign of the event. I went to the travel agency and the travel agents drilled me with lots of questions: why I was there, alone, yet looked sort of like a local but spoke awkward Mandarin. When I told them my family was from the area, they made a few phone calls and soon a distant aunt came to meet me. My great grandfather was such a powerful figure in the area, many knew of our family. On our way to her home we ran into a tall, dark, curly-haired police officer who said he had seen me earlier walking on the streets. He said my backpack made me stand out. Turned out he was a distant relative; his last name was Najie, which was the same as my mother’s maiden name, Lung, but in Yi language. He took me on a journey to my great grandfather’s hometown, Jinyang. We traveled by foot, tractor and bus for 10 days before we got to the village. It was the only time in my life that I couldn’t walk anymore. As I stopped to sit on a rock, my cousin told me that he would carry me on his back. I got up immediately and let him carry my bag. Since then I’ve been hitting the gym! Those years were full of carefree awe and wonderment.

In Daliangshan, one old Yi man told me, “Although an eagle flies far into the distance, its wings will fold back. For the Yi, the ultimate goal of life is to find the path of your ancestors.” Another Yi man advised me, “Don’t follow the black road, which is madness, dampness, illness and the ghost road. You should follow the white road, which leads you back to your ancestors.”