Before former Chongqing mayor Bo Xilai's dramatic downfall in the spring of 2012, his "red culture" campaign in the city was capturing Chinese and international attention for its revival of Mao-era culture. Images from the campaign, which included promotion of revolutionary television programming and demands that government and commercial institutions sing "red" songs, are the subject of a documentary by U.S.-based visual artist Bo Wang that recently premiered at the Museum of Modern Art in New York City.

Bo became intrigued with the mass spectacles and propaganda associated with the campaign in the summer of 2010, and began filming what he saw in his home city of Chongqing. His footage culminated in his critically-acclaimed China Concerto, a film essay "about images, representations and performances in China's contemporary spectacles," which examines the visual and ritualistic aspects of the ways in which the Chinese state retains its authoritarian way of rule while pursuing capitalization.

Last week, the film made its U.S. premiere at MoMA as part of the Documentary Fortnight series. Reviewer Tynan Kogane at Cinespect writes that it is "one of my favorites in the series," and Libertas Film Magazine gives it an "A," calling it "absolutely fascinating," and "highly recommended for sophisticated viewers."

In an interview with Asia Blog, Bo discussed his interest in the red culture campaign, the significance of the footage, and his experience trying to show the film in China. Read the interview below, and watch the trailer embedded above. 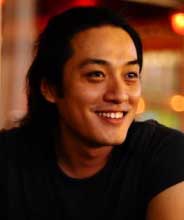 Back in the summer of 2010 when I first saw the spectacles created in the red campaign, I felt both intrigued and surprised, particularly when seeing resonances to the old doctrines and various gestures that I'd expect to belong to a long-gone past. The red campaign was a peculiar circumstance that discloses the persistence of the communist past underneath today's capitalist surface. It seems that the past is always there. A big part of what Bo Xilai did in the campaign was simply to bring back to the table some issues that used to be fundamental for the socialist state. Those issues, for instance social equality, for quite a period of time have been intentionally ignored under the name of the state's economic pursuit.

In the film, we see footage of many types of public spectacles in China that range from official ceremonies and televised performances down to street-level gatherings among citizens. Can you provide some background information on the political role of these spectacles?

In China there is a deep-rooted tradition of creating strong images to render the longing for a powerful nation. But I don't think the obsession with spectacles is a particular Chinese thing. I think it is also hard to distinguish the spectacles' roles as simply being political, or being consumable. They mingle together. Many images do serve for patriotic purposes, but at the same time they're meant to be consumed. In Bo Xilai's Chongqing, lots of street performances were initiated as part of the campaign. But at the same, time many others were spontaneous — this was what I found most interesting. People join the performances not because they enjoy [them] or like the lyrics. This can work as a good model to understand how social regulation and propaganda works — not through making believers, but through shaping behaviors.

The images are narrated by a female voice reading a fictional man's letters with what you call an "untraceable accent." Is the fictional character's writing in the film a reflection of your personal views? Why did you choose this form of narrative?

I'd say the point of view is vague. The person who wrote the letters could be me, but not necessarily. I grew up in Chongqing but I don't live there any more. So I tend to stay away from bringing in my own identity in the point of view. Being an outsider, to use another language (here, English), is also an attempt to rediscover contradictions that have been neutralized by everyday conversations. To choose an untraceable accent is partially an aesthetic choice, partially a solution to avoid symbolizing the point of view as being too "Western."

The film discusses the contradiction between capitalist and communist values in China, stating there is an "indecent relationship between capitalism and totalitarianism with a Chinese twist." Can you discuss more about how this was demonstrated in the film? What is the "Chinese twist"?

The format of personal essay somehow gives me freedom to carry out the idea simply through montage and deconstructions of images, in a more metaphoric way, rather than a literal demonstration. The term "Chinese twist" refers to the capitalism that is promoted by the state, as opposed to the Western capitalist path based on individualism. Or this can be put in a Chinese official term, "Socialism with Chinese characteristics."

There has been an ongoing debate over the years among scholars and experts right now as to whether capitalization and economic growth will lead to a more democratic and open political system. Your film seems very critical of the idea that the economic changes underway are being accompanied by political progress. How did witnessing the events in Chongqing inform this opinion?

I think the state is doing a really good job both in keeping the economic growth and in maintaining its own way of rule, and they managed to have the two aspects benefit each other. The Chinese Internet is such a good example. Without the Great Firewall, there is no way those Chinese social media giants could have established themselves in the first place. There are demands for more freedom and less censorship, but I don't believe the prosperity necessarily leads to any real openness.

You feature several scenes from Michelangelo Antonioni's 1972 documentary Chung Kuo, Cina, which was originally funded by the Chinese government but later denounced as "anti-communist." How would you compare your goals in your film with what you think Antonioni was trying to achieve?

Antonioni's film works as a perfect vehicle and historical reference for me to carry out my own arguments. In 1972, he was curiously looking for something that is more mundane and daily in Chinese life, but ended up with many scenes staged just for his camera. Today, even when I held a similar wish to look for small realities, I found the spectacles are everywhere and so saturated that the consumption of images, political or not, has exceeded realities. This is exactly what Guy Debord described in 1967, and that's not just a Chinese situation.

This film was part of the lineup of the Beijing Independent Film Festival this summer, which was abruptly halted by a power outage that many considered to have been intentionally caused by the authorities. Can you discuss your experience with the festival?

I was there in Songzhuang at the opening of the festival. Probably a couple hundred people showed up. The electricity was shut down half an hour into the ceremony when the opening film, Egg and Stone, was showing in this big factory-like studio. Following the first day's accident, all screenings were moved to artist's studios and became quite private. You had to call people you knew from the festival committee to get information about when and where next film was to be shown, and the plan was always changing. China Concerto was shown at the very last day in an artist's home studio and there were only eight to ten audience members. So that's the only "public" screening of China Concerto in China so far. It was also included in last year's China Independent Film Festival, which was supposed to be held in last November in Nanjing. But the festival was also suspended.

Bo Wang is a fellow at Asia Society's Center on U.S.-China Relations. Visit his website here.