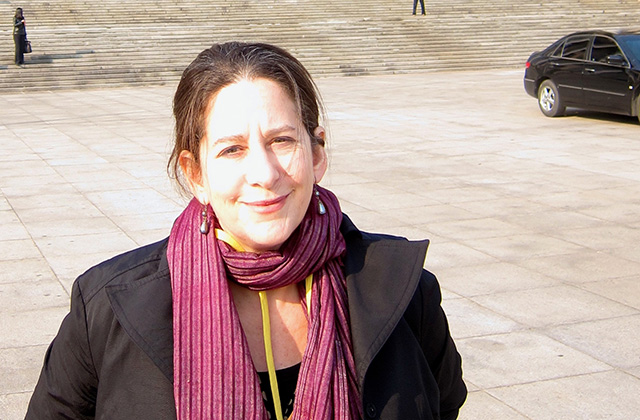 One of the most complex stories in the world today is that of East Asia, with the growing influence of China’s 1.3 billion people on one side, the “Hermit Kingdom” of North Korea on another, and numerous contentious relationships throughout the region. For more than a decade, reporter Barbara Demick covered these stories as the Los Angeles Times bureau chief in Seoul and later Beijing. She was the winner of Asia Society’s 2006 Osborn Elliott Prize for Excellence in Journalism on Asia for her work depicting the daily lives of impoverished North Koreans — a topic that would later be the focus of her bestselling book Nothing to Envy: Ordinary Lives in North Korea.

Now an Edward R. Murrow Press Fellow at the Council on Foreign Relations, Demick returns to Asia Society New York next Wednesday, February 25 to moderate the panel discussion “Security in Northeast Asia: Japan, South Korea, the U.S., and the Search for Solutions.” Ahead of the event, she answered questions about reporting on North Korea and China, media sensationalism, and potential conflicts in East Asia.

Over the past two years or so, it seems many veteran foreign correspondents in China have packed up and left (aside from those who’ve had visa renewals denied). Do you get any sense that this is abnormal?

Beijing has become a less desirable posting in the last few years mostly because of the terrible air, the traffic, and the rising prices. The story is in a bit of a lull at the moment. The giddiness about China that prevailed before the 2008 Summer Olympics has evaporated. The leadership lineup installed in 2012 with the 18th Communist Party Congress will presumably be in place through the decade. But the story ebbs and flows. Covering China, I think, is just about the best job in journalism. Despite the restrictions, reporters are still able to traipse around most of China, talking fairly freely with Chinese citizens.

What went through your mind when you heard that North Korean defector Shin Dong-hyuk had admitted fabricating parts of his story of escape from Camp 14?

Great sadness. It was very depressing because I knew that North Korea would have a field day, using the Shin scandal to wriggle off the hook. I’m sure terrible things happened to Shin, and I’m sure they were perpetrated by the North Korean regime, but exactly what, nobody can say right now because Shin has revised his story so many times. He’s lost all credibility and in the process, badly damaged efforts to improve human rights in North Korea.

If North Korea gave greater access to foreign reporters, do you think the rest of the world would end up with a better or worse image of the country?

It couldn’t possibly be worse. In the absence of hard news, imaginations run wild. You hear these crazy stories about Kim Jong Un feeding his uncle to a pack of hungry dogs, having his ex-girlfriend executed. If reporters were actually allowed to work inside North Korea, I think you would see more coverage of the hardships of ordinary people, of the generation stunted by inadequate nutrition, of the tuberculosis epidemic, the lack of heating in the below-zero winters, the darkness at night. And while that might embarrass the regime, it also would also generate sympathy for the North Korean people.

As a reporter who’s done in-depth and nuanced reporting on both North Korea and China, do you think the sensational and oversimplified media reports back home undermine your work at all?

The problem with these sensational stories is that they dampen the sense and mute outrage over the truth. Reporters love stories about disgusting forms of torture and execution. There was one a few years back that North Koreans who stole food were being burned alive at the stake and their relatives made to light the fire. North Koreans I asked laughed it off. “Do you know how hard it is to get firewood in North Korea?’’ one retorted. The real story is this: if you are caught stealing food, you are sent to a labor camp where you will be slowly worked to death and starved. There is no need to exaggerate. The truth is bad enough.

What do you think is the biggest potential source of conflict in East Asia right now?

I’ll name three. The Chinese government is very cocky right now. Their decades of economic success have made them overconfident in dealing with their neighbors and they could overplay their hand and miscalculate in Japan or in countries like Vietnam and the Philippines with whom they are disputing South China Sea claims. North Korea under Kim Jong Un is also scary. If his nuclear-armed regime starts to fall apart, it is easy to imagine a very dangerous scenario — sort of a last lash of the dragon’s tail. And in terms of current conflict, it doesn’t get as much attention as it deserves, but hundreds of people are killed every year in bombings and knifing attacks in China’s far western Xinjiang region, which borders on Afghanistan.

Throughout your time in Asia, what was the story that left the biggest impact on you?

Covering China, I liked reporting as far away as possible from Beijing and I was very moved by people in the remote countryside, what Chinese call the laobaixing, the ordinary people. I did some stories on human trafficking that really stuck with me. I interviewed families in Guizhou and Hunan whose baby girls were snatched by family planning officials to be adopted in the West. A man in Shaanxi province whose adult mentally disabled son was kidnapped to work in a brick factory. I was struck by the intelligence and bravery of these people standing up to Chinese authorities. They weren’t so much anti-Communist ideologically, but like many regular people, they were clamoring for a society with more accountability and justice.