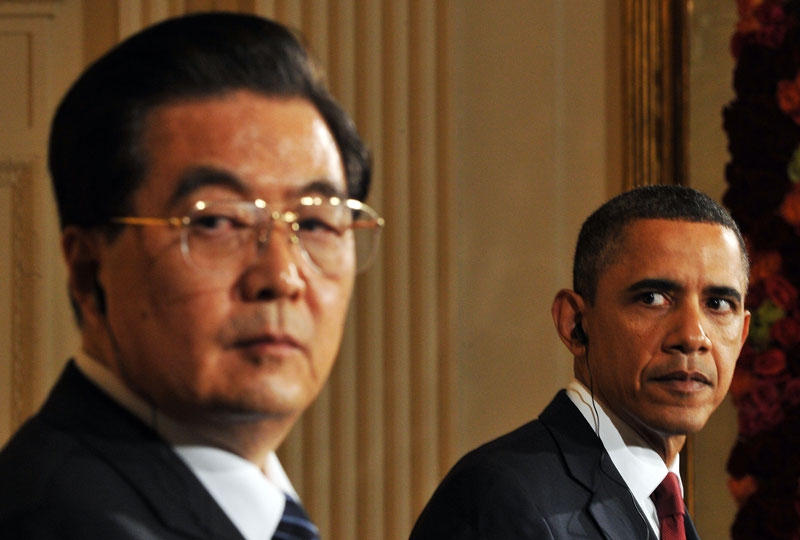 Most analysts predict that China's economy will become the world's largest within the next 20 years. But what if this moment were to occur sooner? This is the premise of the intriguing new book Eclipse: Living in the Shadow of China's Economic Dominance, written by the India-born economist Arvind Subramanian. Using a range of economic metrics and astute analysis, Subramanian shows that the era of Chinese economic leadership may already be upon us.

Subramanian is a senior fellow jointly at the Peterson Institute for International Economics and the Center for Global Development. He will discuss Eclipse and other subjects at Asia Society in New York on Tuesday, October 18, at 6:30 pm. For event details and ticket information, click here. Can't make it to the program? Tune in to the free webcast at 6:30 pm on asiasociety.org/live. Online viewers are encouraged to send questions to moderator@asiasociety.org.

Subramanian spoke to Asia Blog in a phone interview.

You argue that China has already surpassed the United States in terms of GDP, when adjusted for Purchasing Power Parity (PPP). Why do you feel that this is a more appropriate measurement than traditional GDP? 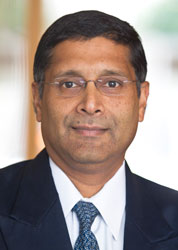 Well, for the record, I think my index of dominance gives equal weight to GDP measurements based both on purchasing power parity exchange rates and traditional market rates. I use both measures and weight them 50/50. When one thinks about what resources are necessary for projecting power internationally — some of the resources you can only buy in dollars, but some are people. Take the case that the U.S. and China will go to war. You need equipments and aircraft. China will need dollars to buy these, but to put Chinese soldiers in the battlefield you wouldn’t need dollars. You’d have to pay them Chinese wages, which is best measured at purchasing power.

Why do other stories understate PPP?

Many argue that a slight economic downturn in China in the late 1980s was a factor in the popular unrest that culminated in the Tiananmen Square crackdown. Do you think a similar downturn, should it occur, could have the same effect?

My view is that any short-term downturn will not be a problem because the Chinese authorities have the economic and political ability to offset the downturn. We saw during the financial crisis that Chinese exports collapsed, which could have led to a really big contraction. But China brought into play an infrastructure program, much bigger than the U.S. did, to offset the consequences. Short-term crisis.

How does environmental degradation factor into China’s growth prospects over the coming decades? Is there a point when it may threaten China’s rise?

My response to that is that environmental degregation is happening everywhere, not just in China. Chinese authorities, not just ones around the world, have to cope with it. If you believe that global warming is taking place, and if there's a shortage of water, then that actually will confer even more power to China because China is upstream and effectively controls the nearly all of Asia's water resources.

Do you think China will be successful in rebalancing its economy? And if not, will this halt their medium-term growth?

There are really two questions. Should they rebalance? The West says "you must rebalance" because it’s better for the average Chinese consumer, but I don’t think it’s a very compelling argument, because the current strategy has delivered not just high GDP growth but also high consumption growth. They should perhaps rebalance to minimize the kind of international tension that could come about if they don’t rebalance. The other reason is because their current strategy is based on cheap capital, which encourages investment in capital-intensive goods. That strategy is proving to be problematic because less and less of the economic pie is going toward labor, leading to labor unrest which could become a big political problem. They also need to rebalance for environmental reasons, to get away from specializing in very dirty industries.

In terms of the international economic order, how does a world with China as the top economic power differ from one with the U.S. in that position?

The good news is that, at least for some time, China will not have an incentive to destablilize the system bequeathed by the U.S. after World War II, and China is going to need trade to grow so the open system will remain. There are areas in which cooperation will be difficult, like climate change, because China is still relatively poor and will want to use large amounts of energy, and will therefore not sacrifice self-interest for the sake of cooperation. That of course is no different from the way the U.S. has typically behaved. So, in some areas there will be difficulties where China’s self-interest doesn’t mesh with the global interest. But in other areas there is more room for optimism.