Inside Guangzhou's 'Little North Road' — Where China and Africa Intersect 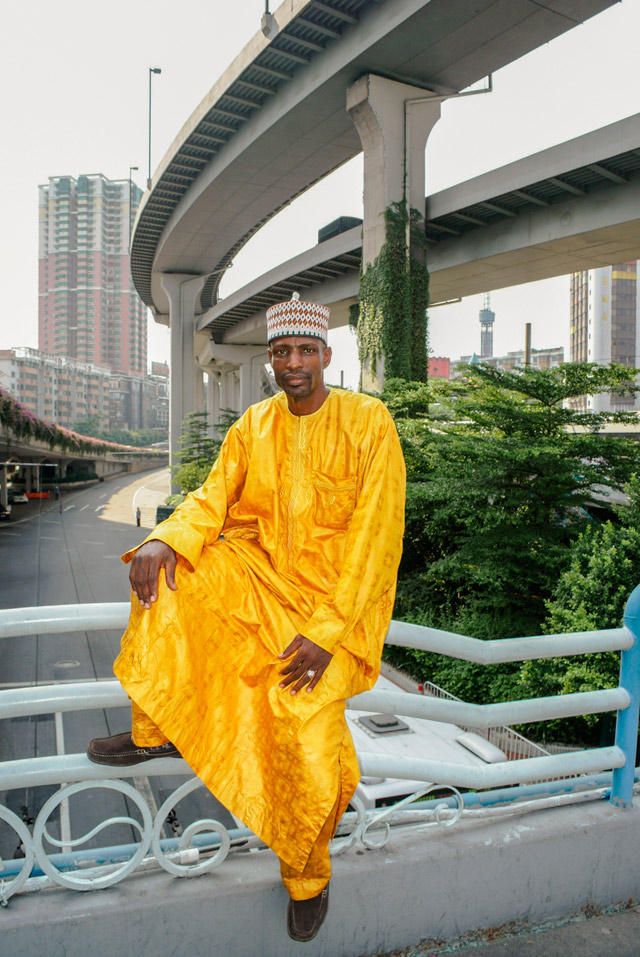 In the summer of 2009, American documentary filmmaker and photographer Daniel Traub began to explore “Xiaobeilu,” a neighborhood in Guangzhou, China, that forms the heart of China’s largest African migrant community. For Traub — who had studied China's involvement in Africa at length — the project offered a rare glimpse at a fascinating mix of people.

“I was interested in the urban landscape and the way people were living in the neighborhood,” Traub told Asia Blog. “I wanted to know how these different communities were interacting.”

Soon, he met Wu Yong Fu. A native of China’s rural Jiangxi Province, Wu had arrived in Guangzhou some years before to work in construction and, later, at an aluminum factory. Deciding to switch careers, Wu purchased a digital camera and set up shop along a pedestrian bridge, where he took portraits of African passersby. Here he encountered Traub, who gradually decided that the Chinese photographer's work offered more possibilities than his own. Seven years later, Wu's portraits — along with those taken by a separate photographer named Zeng Xian Fang — form the basis of the book Little North Road, a collection of photos and essays that will be published in the U.S. this month.

The images present an arresting portrait of one of China's most interesting demographics, a population of African migrants who have sought their fortune in a distant, unfamiliar country. 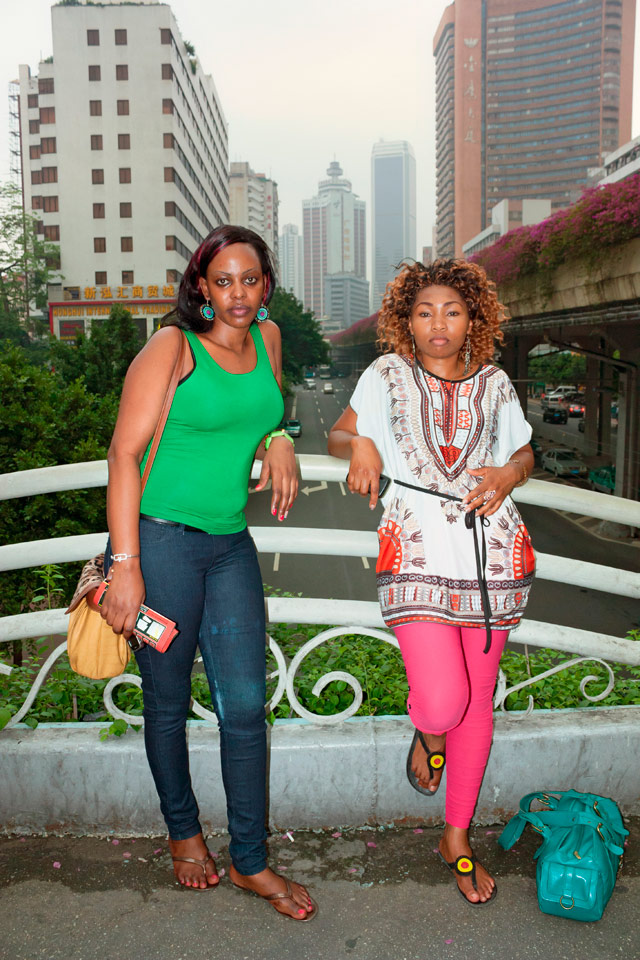 Over the past two decades, China has deepened its economic relationship with Africa, investing billions of dollars in infrastructure projects across the continent. This engagement has brought large numbers of Chinese people to countries like Mozambique, Zambia, and Nigeria and, in turn, has brought many Africans to China.

The majority of Africans in China have settled in Guangzhou, the largest city in China’s manufacturing-rich Pearl River Delta. No one is certain how many Africans there are in the city — estimates range from 20,000 to as many as 200,000.

“Most of the Africans who come to China have some sort of connection from home,” said Winslow Robertson, a managing member of Cowries & Rice, a China-Africa strategy consultancy. “They typically buy wholesale goods in Guangzhou to take back for retail sales.”

Life for Guangzhou’s Africans is not easy. According to Robertson, many arrive in China on tourist visas and are periodically swept up in anti-immigration campaigns. Others are unfairly stereotyped as drug dealers and criminals. As a result, few stay in the country long — even if intermarriage between African and Chinese people in Guangzhou has become more common.

“The Chinese tolerate a certain level of illegal immigration,” said Robertson. “But the Africans know that anything they do business-wise without a license can be grounds for deportation.”

The itinerant nature of Guangzhou’s Africans worked to Wu and Zeng’s advantage. Their customers were mostly interested in portraits because, Traub explained, they provided a snapshot of a particular period of their life — an unlikely encounter between two disparate populations.

“The reason [this project] really fascinated me was that these two cultures were so different — I didn’t imagine them having much of a connection,” he said. “I’ve always had a deep connection with China because I’m part-Chinese, and so the idea of intermingling between worlds has always captured my attention” 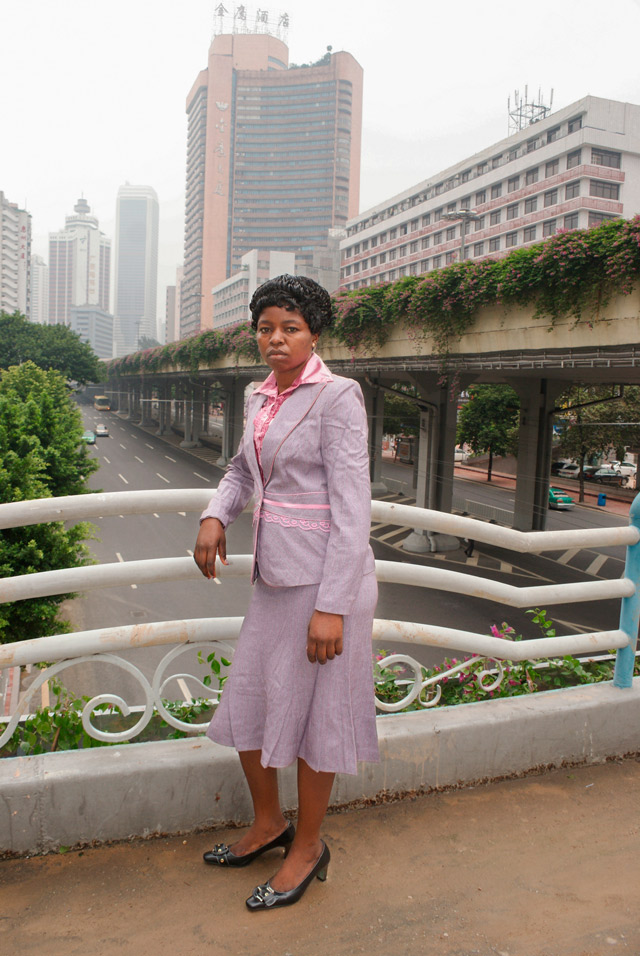 Initially, Wu’s business on Xiaobeilu thrived. He married a woman from Hunan Province, and the two formed a partnership — Wu took the photos, and his wife operated the printer. But Wu’s prosperity proved to be short-lived. Encouraged by their success, Wu’s wife invited relatives from her town in Hunan Province to come to Xiaobeilu and set up their own portrait business. Soon, the competing photographers began jockeying for position on the bridge and, during a fight, one of Wu’s brothers-in-law hit him with a steel pipe.

Wu left the business after that — and for the next three years, Traub turned his attention to Zeng. Unlike the meticulous Wu, Zeng deleted each of his images after a day’s work. It was only when Traub purchased an external harddrive that Zeng agreed to preserve the photographs and, thus, provide enough material to form the basis for Little North Road.

“The whole situation was sad,” said Traub. “Wu had pioneered the place, and he had taught his wife’s relatives how to do the job. But I decided not to judge.”

Instead, Traub compiled a glimpse into a world free from journalistic pretension; one where the portraits speak for themselves.

“To me, what makes [the portraits] different and interesting is that they encapsulate everything I found interesting about this neighborhood,” he said. “It’s a neighborhood of migrants — both Chinese migrants and Africans — and it happens all along this bridge."