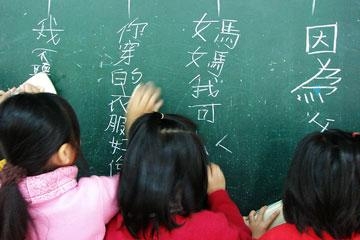 Asia Society's Orville Schell recently cautioned that the United States is not adapting to a new China. Americans traditionally approached foreign relations from a position of greater power, but as China rises, it's clear a bi-lateral and equal partnership must develop.

Here's a look at how American and Chinese schools are preparing for such a future. China's population is four times greater than that of the United States, but English is still the most used language in the world and on the internet. Are Americans possibly facing a linguistic disadvantage in the future? 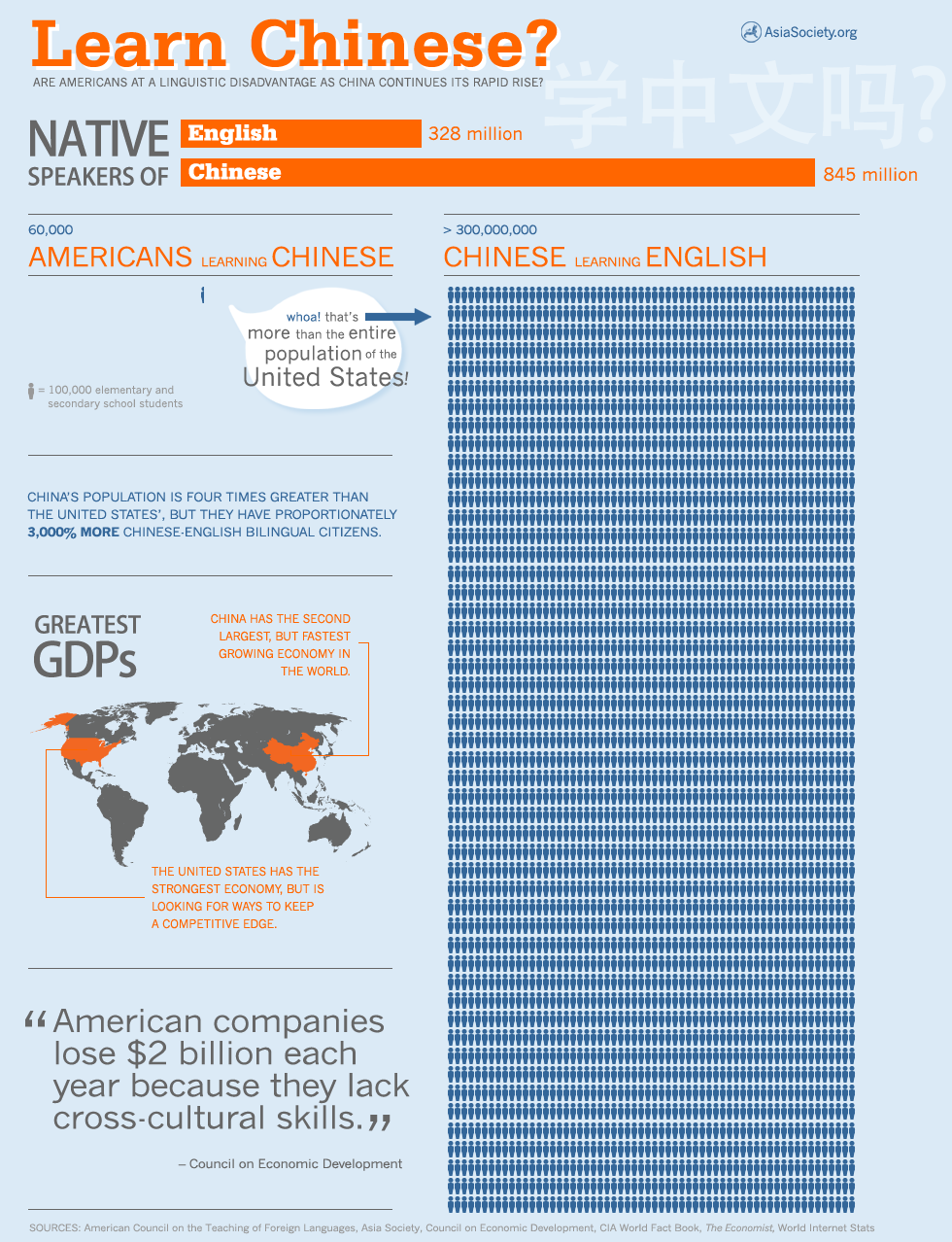