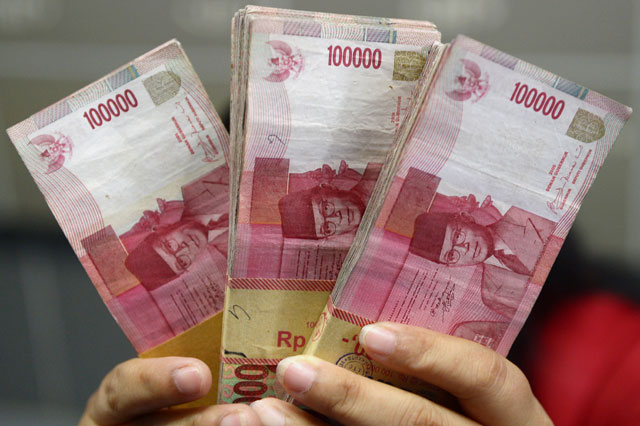 By Stephen Norris and Michael Moran

On September 19, 2013, Indonesian Foreign Minister Dr. Marty Natalegawa participated in a wide-ranging discussion at Asia Society New York, which you can read about and watch in its entirety on our New York homepage. You can also watch Natalegawa discuss Indonesia's "burden" regarding Islam and democracy on Asia Blog.

SINGAPORE — It may never be quite clear how much credit Indonesia's government deserves for righting its currency, the rupiah, as it tumbled with other EM (emerging market) currencies during the recent debate over the timing of the U.S. Federal Reserve Bank's "tapering" of quantitative easing (QE).

QE, of course, launched in several waves since the 2008 financial crisis to inject liquidity into the U.S. and global economy, has pumped trillions of dollars into fast-growing, high-interest-rate economies like that of Indonesia, fueling growth and inflation along with expectations.

So the abrupt fall in the rupiah caught many by surprise and brought back unhappy memories of the 1997 Asian financial crisis, which toppled governments and prompted a regional recession of the like that many had hoped never to see again.

Now, with the surprise news last month that the Fed would continue its QE stimulus for the time being, the rupiah and other EM currencies have rallied. But the policy decisions of last month still bear examination: the Fed's reprieve, remember, is only temporary.

The near-panic that began over "tapering" in mid-August led to a number of interventions by Jakarta. On August 23, the government announced a bundle of measures timed to coincide with an interest rate hike by the central bank. The measures promised to stimulate the economy include pledges to forge a more conducive investment environment, to open six currently-closed sectors to foreign investment and to ease foreign ownership limits in several others.

A second interest rate rise in quick succession in early September showed the central bank determined to address currency and inflation concerns. While the Fed's reprieve reversed the rupiah's slide, nothing in the past several weeks of policy-making productivity will appease investors in some of the country’s most important industries, such as mining or oil and gas, where regulatory migraines have been a fixture in recent years.

In these sectors, companies find a country blessed with relatively reliable economic growth prospects in spite of — rather than as a result of — government management. Last month's stimulus package in some respects tacitly acknowledged a couple of policy flops, most notably in its relaxation of this year's quota on exports of unprocessed minerals ahead of a blanket export ban in January 2014. This allows mineral mining companies to sell their inventories overseas, and the government to earn by dint of a hefty 20 percent export tax.

But ministers remain doggedly insistent that the full ban on raw exports will come into force next year, despite evidence that this would not only harm the mining industry significantly, but that the government will cede up to $1bn a year in lost tax and $300m in royalties according to a 2013 estimate by the U.S. Agency for International Development (USAID). Rebalancing the current account, in deficit at present, in a more sustainable way would be easier without the policy, and aggressive attempts to fast-track creation of a domestic processing industry and "add value" to minerals prior to export. This is one of several unpopular recent mining regulations that sully relationships with active companies, and that make new investments seem an even riskier proposition.

In oil and gas, the government has to some extent been able to fence off ongoing projects from the two largest shocks to the industry (the Constitutional Court-sanctioned dissolution of upstream regulator BP Migas in late 2012 and a widening corruption scandal involving its replacement body, SKK Migas), but is still far from providing the sort of legal and regulatory assurances that would be required to encourage increased capital expenditure on new exploration. This was also a goal in the August policy program. Active energy investors complain about less visible trends in regulation — from transparency in contract extension talks, interference in divestments, and the levying of new, retroactive and contentious taxes. All this is deterring large, long-term investments in one of the Indonesian government's main revenue-generating sectors.

There are other areas of the economy where policy-making trends shuffle from the positive to negative: a bold and necessary move to reduce fuel subsidies has driven up inflation, but an assortment of less explicable trade interventions exacerbated it; new tax incentives for export-oriented manufacturers are all well and good, but their beneficiaries are more concerned about wage hikes and the government's disinclination to take on aggressive unions.

Ministers frame downward revisions of GDP targets as a result of necessarily tough policies in response to challenging external conditions, implying that things could be a lot worse. With lowest projections of 5.5 percent for the year, there is truth in this. But many companies will take an inverted view, feeling that had nationalist, protectionist or populist policy-making been reined in, the outlook would in fact have been considerably better.

The worst-case may have been avoided for the moment, but the Fed has made it clear that its stimulus will not go on forever. The past month may prove to be a very useful dress rehearsal.

Below, watch Control Risks' Dane Chamorro explain the political and social climate of Indonesia, and how investors can navigate these challenges. (4 min. 8 sec.)