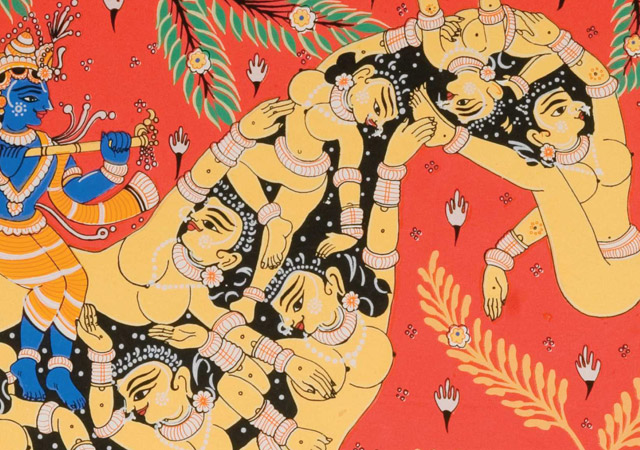 Image taken from the cover of Wendy Doniger's 'The Hindus: An Alternative History.'

You may also enjoy "From Jaipur to Kolkata to Tamil Nadu, Freedom of Expression Issues Roil India."

I left New York three days ago, deeply chagrined by the news that Penguin Books India had decided to not only withdraw from circulation but destroy a major publication, The Hindus: An Alternative History, by a world renowned scholar of Sanskrit and Hinduism, Wendy Doniger. Rather than fighting the case in the court on its merits, Penguin had decided to capitulate to the diatribes of a right-wing, well-funded Hindu organization led by an 88-year-old who is determined to "cleanse" Indian culture of all "negative" interpretations of Hinduism.

Of course, this was not the first time that writings by well-regarded scholars who have devoted decades of their lives to the study of India's rich past have been attacked by various right-wing Hindu organizations. Nor is it new that publishers have withdrawn important works from circulation in response to such attacks. But this time Penguin India has agreed to actually destroy the copies of The Hindus even without fighting the case in court.

How is it that a country that prides itself on being the world's largest democracy and boasts of having a vibrant and free-wheeling media continues to limit the public sphere for a genuine scholarly debate about important issues of culture? All recent international surveys about freedom of expression indicate that as Indian democracy matures, it is actually curtailing the very idea of free speech, usually in the name of "maintaining inter-ethnic or multI-religious harmony" in the society. It was vividly evident when, in the 1980s, Rajiv Gandhi banned Salman Rushdie's Satanic Verses even before the Iranian Mullahs declared a fatwa on the author.

Since then, the large majority of the well-organized and well-financed efforts have been directed at Western scholars and their interpretations of Hindu thought, gods, and practices. These organizers have now declared that their next frontier is the education system, "to cleanse it of impure interpretations" of the religion and "distorted views" of history.

The most distressing aspect of this development is that such a unidimensional view of Hinduism is exactly opposite of the heterodox, multi-directional nature of the religion. Ancient Indian texts are replete with intellectual debates about the nature of the universe. Hindu gods and goddesses regale their worshippers with the tales of seemingly contradictory pursuits, and enable them to weigh opposites with equal respect after serious consideration. As Amartya Sen has pointed out, an argumentative, rhetorical tradition is a central feature of the Indian psyche.

Since being in India for the last few days, it's heartening to see that all major newspapers, especially those in English, are full of major stories and editorials by well-known writers and thinkers, all condemning the decision by Penguin. Initially, I felt a sense of relief reading these articles. Aha, the debate is alive, I thought. But that sense of mild satisfaction quickly turned into a greater concern. Clearly, the intellectual urban elite was ready to criticize such acts. But where was the organized effort to ensure that the climate of fear and intimidation would not continue to allow the destruction of more books deemed to have a view of Indian culture different from the right-wing Hindu zealots?

As a colleague pointed out, it's one thing to argue about the scholarly merits of the Doniger book or even her approach. One could have a public debate about the sexualized nature of Hinduism or Doniger's interpretation of it. But to simply threaten to ban the book or to destroy it is to limit the public discourse around the role of traditions and culture in contemporary India, a discussion that is sorely absent and desperately needed.

This most recent episode once again laid bare the real divide between the cosmopolitan urban intellectuals of India and the ideologues who are bent on claiming the hearts and minds of newly emerging middle classes in the name of religion. Of course, this is not unique to India. We see that played out in a similar fashion in the U.S. with Tea Party advocates on the one hand and the progressive intellectuals on the other. But the battle has more serious ramifications in India.

In its obsessive preoccupation with economic growth and material possessions, and in its relentless pursuit of the needed votes for the election cycles, the Indian polity, especially the government, shies away from taking any strong position against such acts. Nor is there any effort to support those who are attacked. In their policy of appeasement to all, the Indian leaders risk abdicating their role as the true custodians of Indian democracy. The battle for the soul of India's democratic system is being fought on the cultural front and it is imperative that it is not hijacked by narrow-minded interests.